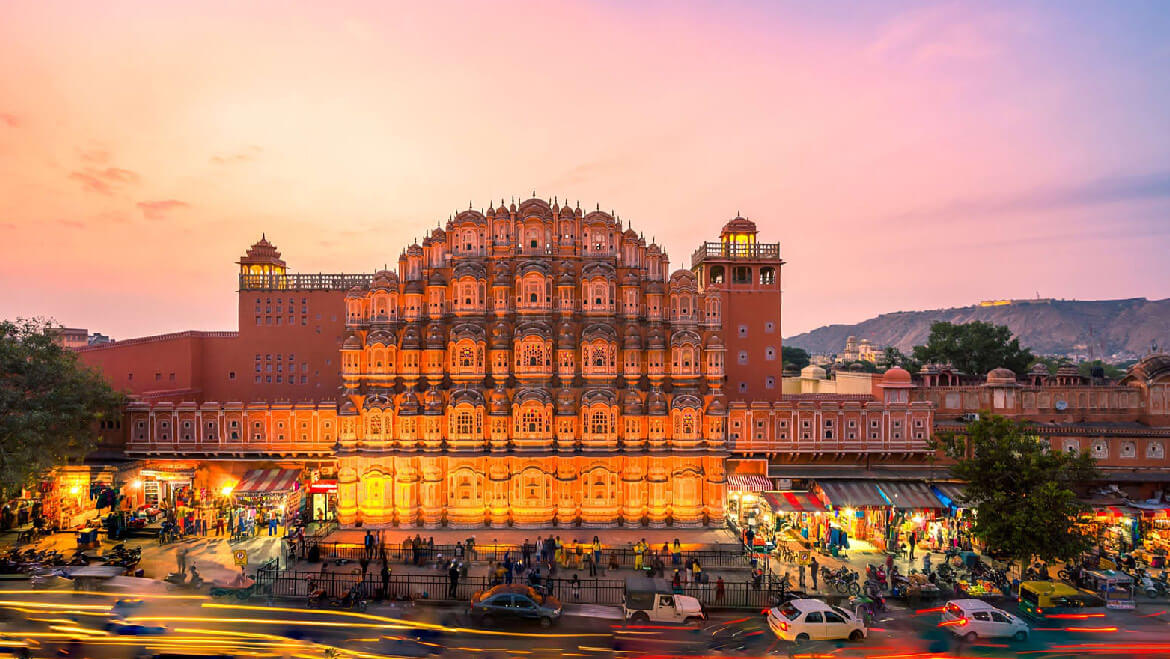 I had gone to Jaipur (The Pink City) to meet my grandparents. Wait! Are you wondering why I am calling Jaipur, the capital city of Rajasthan, ‘The Pink City’? Well, if you are, please don’t worry as I am going to give you a whole lot of information about it. In short, we sometimes call Jaipur ‘The Pink City’ because all the monuments, houses, shops and other structures were painted pink. Now, you must be wondering why did every villager paint their property pink? So, let’s zoom into the history so that we can understand The Pink City better. There are many theories that are believed but, I am going to give you the top 2 theories out of which you can believe the one you like. First – The Pink City was founded by the King of Amer, Maharaja Sawai Jai Singh 11, on 18th November 1727. He decided to shift his capital, Amer, by 11 km so that he could get more space and resources for the ever-growing population. He also did this so that there would be no shortage of water. The construction began in 1726 and it took around 4 years to finish the main structures like the offices, palaces and roads. They divided The Pink City into 9 parts out of which 2 parts were made for palaces and state buildings while the other 7 parts were given to the public so that they can build their homes, shops, offices, etc. While Sawai Ram Singh was ruling, the whole city was painted pink in order to welcome HRH Albert Edward, Prince of Wales (who later became King Edward the V11, Emperor of India), in 1876. Many of the structures still remain pink giving the city a pink colour if you look from a distance. This why most tourists and locals call this city, ‘The Pink City’. Another theory that people believed was that there was some sort of competition going on in India on who can impress HRH Albert Edward, Prince of Wales. Sawai Ram Singh wanted to win so he painted the whole city pink so that Prince Edward would be impressed. Well, I hope you have got enough information and now understand the history of ‘The Pink City’. I hope to see you again with your queries Bye!