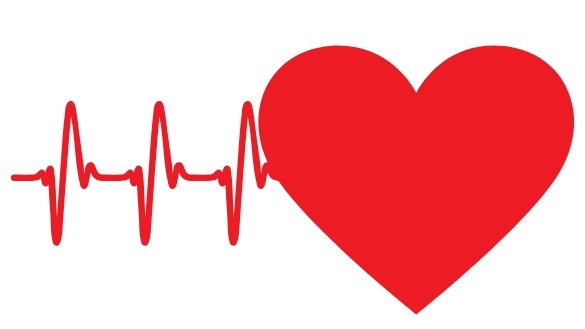 The Circulatory System or the Cardiovascular System is the system in our body in charge of circulating blood in our bodies and transporting nutrients such as oxygen, glucose, etc to provide nourishment for our entire body and its cells. The three main components of the circulatory system are the heart, the blood vessels and the blood itself. It is important to know though, that the heart is the most important part of the circulatory system. The right side of the heart pumps blood through the ‘pulmonary circuit’ which involves the flow of deoxygenated blood (blood without oxygen in it) back through the heart to the lungs. The left side, on the other hand, is part of the “systemic circuit” which pumps oxygenated blood coming from the lungs from the heart to the entire body

​The blood vessels​ are in charge of carrying the blood around the body and back to the heart. There are three types of blood vessels: the veins, arteries and capillaries. Veins bring deoxygenated blood from the rest of the body to the right side of the heart through the main vein of the body called the “Vena Cava” and through other veins connected to the heart like the “Inferior Vena Cava”. This blood(often bluish in colour) is then taken from the inside of the heart to the lungs where it gets oxygenated. Then the red oxygenated blood is brought back to the heart through the Pulmonary Vein. Veins have thinner walls than the arteries due to the low pressure of the blood flowing through them and also contain ‘valves’ in them to prevent the blood from flowing backwards. The arteries, on the other hand, bring the oxygenated blood coming from the lungs from the heart to other organs and parts of the body. The main artery of the body is called the Aorta. Arteries have very thick walls and are thus adapted for high blood pressures. The capillaries are very tiny blood vessels that connect the arteries to the veins. They are only one-cell thick. They carry oxygen and nutrients to the body’s cells and are responsible for the transfer of these particles to the cells through diffusion or osmosis. In simple words, diffusion is the movement of particles from an area of high concentration to an area of low concentration until equilibrium is reached. The blood constantly flowing in the blood vessels allows the equilibrium of the particles to not be reached and there to always be a higher concentration of nutrients in the blood to be transferred to many other cells. After the nutrients are transferred, the blood(which is deoxygenated) moves back to the heart through the veins where the veins do their function.

The blood​ is obviously an important part of the circulatory system and it transports materials and heat around the body. The blood contains plasma, red blood cells, white blood cells and platelets. The red blood cells are important because they transport oxygen and they contain a red protein called Haemoglobin to absorb and store the oxygen. Red blood cells are well adapted to do their function because they have a biconcave shape to expose more surface area allowing as much oxygen getting absorbed into them as possible. They are small and flexible cells. White blood cells have another function which is to protect you against illnesses. They are a part of the body’s immune system as well and they are called ‘immunity cells’ too. They ingest pathogens which are microorganisms that cause diseases and they also produce antibodies to help the body fight against diseases. Plasma makes about 55% of our blood and helps transport the blood cells, nutrients, antibodies (produced by the white blood cells) and other things like carbon dioxide, hormones and urea. They also carry heat. The platelets help with blood clots which stop the blood from overflowing too much when we are injured or cut and bleeding is caused.

The heart is the most famous part of the circulatory system and its two sides are involved in the two different circuits of the circulatory system mentioned before. The right side of the heart(which is often on the left side on diagrams of the heart), is involved in the pulmonary circuit along with the veins. The Vena Cava brings blood into the right side of the heart and delivers it to a part of the heart called the “Right Atrium”. The blood (which is deoxygenated) then flows to the “Right Ventricle”. The Right Atrium has valves that prevent the blood from flowing backwards from the right ventricle. Then, the blood from the Right Ventricle moves to the Pulmonary Artery which leads to the lungs where the blood is oxygenated. After absorbing oxygen(getting oxygenated) in the lungs, the blood then comes back to the heart on its left side(which is on the right side of diagrams of the heart but the left of your body), through the pulmonary vein. The blood coming in then flows to the Left Atrium and then to the Left Ventricle just like the right side of the heart. After flowing into the Left Ventricle, the blood then moves through the Aorta(the main artery of the body) and moves to all the other parts of the body where the transfer of nutrients and oxygen to the body’s cells can occur(through the capillaries).

The Circulatory System is amazing and it is fascinating how fast circulation of blood happens even though there are so many processes and parts of the body involved. Hopefully, this article taught you something new and has contributed more to your knowledge about the human body and the fantastic biology behind it.