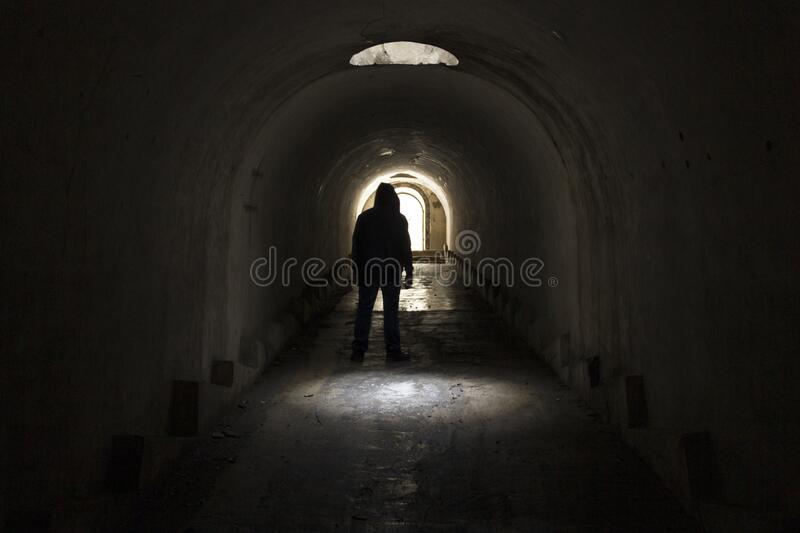 I glanced backwards for the last time before yanking open our principal, Mrs Sharma’s cupboard. I groped around and found the latch. I stepped into the same dark tunnel I had stepped into this morning, but this time with extra supplies and my best friend Tara by my side. A shiver ran down my spine as she shone the torch around the murky stone walls. We took a deep breath and our nostrils filled up with a musty smell. Trying hard not to cough, we plunged in.

As we walked, I thought of the mysterious and chilling events of the past few days. It had all started when the bus driver’s daughter Veena went missing. I had stumbled across this tunnel when Mrs Sharma had sent me this morning to bring her register. Something had knocked against the back of the cupboard and I had found it to be hollow. This object was Veena’s ID card. It was lying on the floor of the cupboard, which I found to be very suspicious. I had spoken to Tara about it and we were sure that it had something to do with her disappearance.

My foot landed on something wet, which jerked me back into the present. I illuminated the tunnel with my torch and saw that the liquid was bright red. It smelled like iron and I knew what it was. Blood. We gulped; there was a choice of turning back here, but we pushed forward. Little did we know what danger would be waiting for us.

All of a sudden, Tara stopped walking. “What?” I asked. She shone the torch to her side, speechless. Lo and behold, we saw a small room. There was a bed and a sink in there, but the entrance was barred. Tara flashed the torch around and we saw similar rooms lining the tunnel. We peeped into each room finding them all empty. As we got nearer and nearer to the last room, we could hear a sluggish gurgling and smell something I can’t even describe in words. When we reached the last cell, we heard ragged breathing. Confused, we shone the torch into the room and saw a pair of frightened eyes staring back at us. I removed my hairpin and picked the lock on the door open. We walked into the room and saw a small girl in rags sitting on the floor. Her hair was knotted and dirty, face bruised and clothes torn. She looked at us and squeaked in fear. Tara tried to calm her down and told her that we were here to help and we wouldn’t harm her. Once the girl quietened down, Tara asked her what was going on. She said, “There is this woman who takes children and does things to them. Bad, bad things.” “How did you know that?” Tara wondered aloud. “They never return. I am the only one left here. I was scared as I thought that you had come to take me away.” All of a sudden, we heard footsteps approaching and turned off the torch to hide in a corner. A tall woman walked in. She heard our deep breathing and found us in an instant. She grabbed me and Tara by our shoulders to scrutinise our faces. “Hmm… I don’t know who the both of you are, but the more the merrier. Come with me the three of you.” She dragged us to an unexpectedly well-lit lab and pushed us to the centre. Another lady turned around to face us and I let out a loud gasp.

It was none other than Mrs Sharma. An evil smile lit up her face. “Ah! I see you have new specimens. Take them to the experiment room.” When we entered the experiment room, we were rooted to the spot in fear and confusion. There were children lying in small bubble-like compartments. All of them looked like lifeless dolls. I recognised Veena in one of these but was too scared to do anything. The room reeked of rotting flesh and a constant, slack gurgling could be heard from the far end. We were each assigned our own bubbles. I had absolutely no idea what was happening to them and what would happen to us. Our principal walked towards me and I felt an invisible force pull me into my bubble. The world went dark.