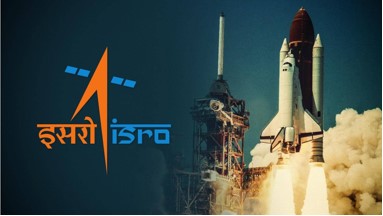 In 1957, The USSR (Soviet Union) made history by launching the world’s first satellite – Sputnik, to which the overconfident Americans were disheartened. The space race had just gotten spicier. At this time, the Indian republic was a decade old, born from poverty after colonial exploitation. It was a nation working hard to set foot and control poverty and food scarcity. But its head was high in the clouds. Could newly born India launch a space program in these times? India, being such a young country, could it dream of starting a space program? Well, two Indian scientists believed that India should and could launch a space program, but how could India do this, when the world itself had no way of launching an object into space.

The story of India’s space program is an unlikely one, filled with obstacles and impossible odds, low budgets, incredible manpower which is now currently one of the top five countries in the world able to launch satellites into space, signifying its great engineering strengths considering its humble starting. The establishment of the Indian Space Research Organization (ISRO) was one of Vikram Sarabhai’s greatest achievements. In India inspired many young engineers towards space, but not as much as these two scientists – Vikram Sarabhai and Homi Bhabha, The rocket boys who were convinced that India too needed a space program after the Sputnik launch. Dr Sarbhai emphasized the importance of a space program and convinced the government to set this up for developing India. They needed a political ally to set up a national-level space program and Nehru, the first prime minister of India himself believed that science alone can solve the problems of hunger and poverty and hence INCOSPAR (Indian National Committee for Space Research) was set up. With remarkable ease, Vikram Sarabhai and Homi Bhabha had gained political support this way and the PM himself had given official consent to this idea by August 1961.

In May 1962, the National Aeronautics and Space Administration (NASA) teamed up with India to launch rockets in India and train Indian scientists for the job. India’s part was to provide the crew to work on the rockets and a launching site. India had a big geographical advantage as the magnetic equator passed right through India enabling us to study cosmic rays with zero dips. After training with NASA, 7 Indian scientists including Dr APJ Abdul Kalam returned and their rockets were ready to be assembled. After some efforts in setting up the infrastructure, personnel, communication and launch pad, the inaugural flight took place in 1963 and ISRO was formed in 1969 from its predecessor INCOSPAR.

Dr Sarabhai started a project for an Indian made Satellite. As a result, the first Indigenous satellite, Aryabhata was put in orbit in 1975 with help from the Russians. They supplied India with cryogenic rockets and the rocket that helped launch Aryabhata was called Cosmodrome. Many other satellite launching vehicles and their different versions were built with help from other countries and India itself developed some.

ISRO has launched 111 spacecraft missions, 79 launch missions and has upcoming future plans for launching interplanetary missions. Mangalyaan, Chandrayaan – I (2008) and Chandrayaan -II (2019) are a few missions’ worth mentioning along with many PSLV (Polar Satellite Launch Vehicle) launches.

As of 2022, ISRO is one of the fifth largest space agencies in the world helping with various needs of the nation in various fields such as defence, agriculture, weather services, disaster management to name a few. It plays a pivotal role in the development of Aatmanirbhar Bharat turning India into a developed nation and even making it emerge as a superpower in the upcoming decades.