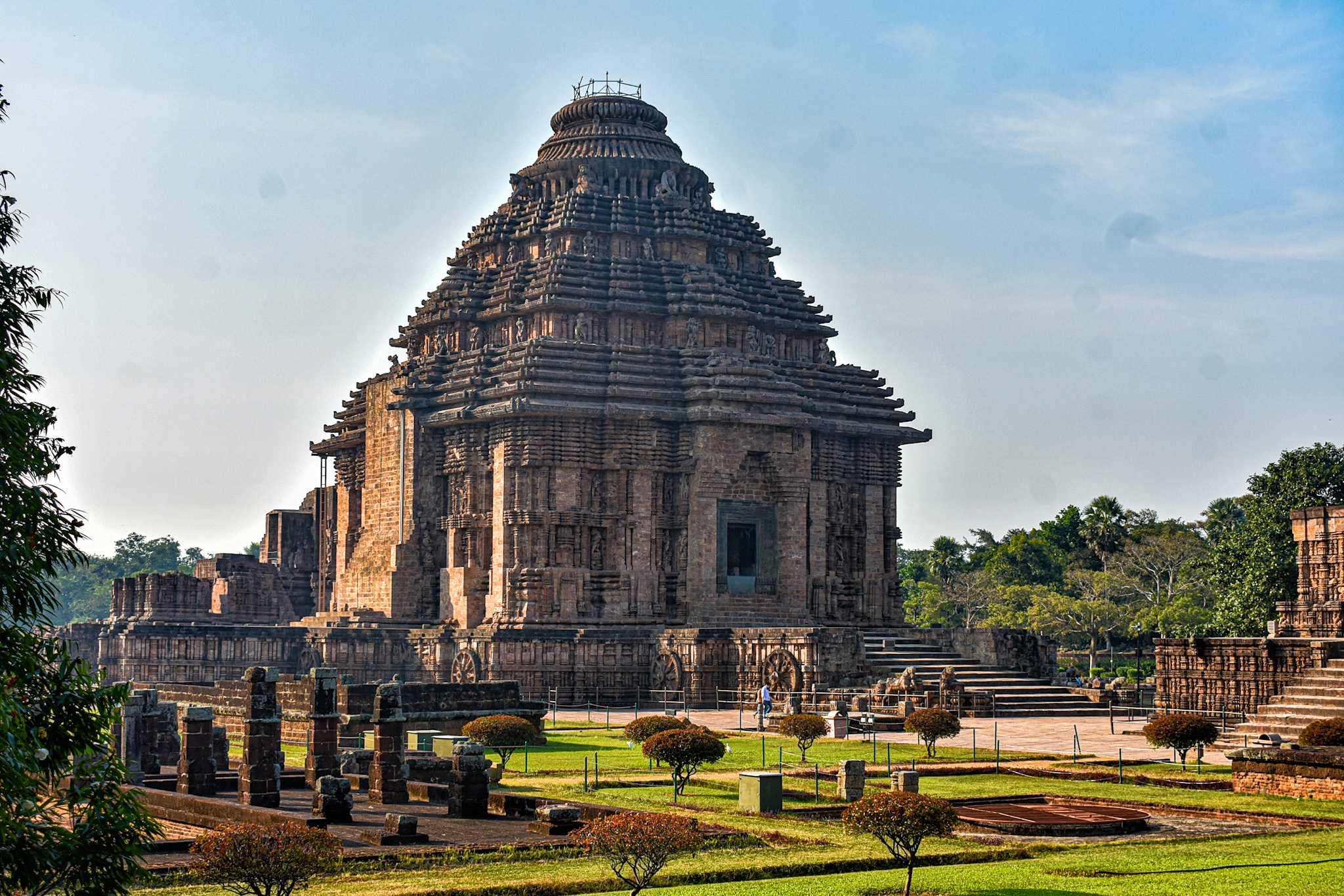 The temple was almost ready! 1200 builders had worked hard for 12 long years without a day’s rest for this masterpiece. The temple housed a statue of Lord Surya, the sun god, made of an alloy of eight metals, levitating with the help of two powerful magnets. But there was one last thing left – the crown stone that would hold the temple together. The builders and their lead architect, Bisu Maharana, were all confused as to how they would place the crown. It was all jitters as the deadline approached, and crossing meant nothing less than execution. Just then, they saw a twelve-year-old boy entering the temple complex. He was actually Bisu Maharana’s son, who came to visit his father. When he heard of the builders’ woes, he immediately found a solution and was able to place the crown stone. But, if the king found out that such a young boy could do what they couldn’t, he would surely have them beheaded. On hearing this, Bisu’s now distressed son threw himself from the temple into the river to save the 1200 builders. Thus, the temple became unholy and unsuitable for worship.

Okay, let’s come back to the present. The Konark Sun Temple, also known as the Black Pagoda was built by King Narasimhadeva I in the year 1250 AD. Now, only the secondary structure remains. It is built like a chariot with 24 wheels with exquisite carvings. 7 beings seem to ‘pull’ the chariot forward – as if the temple were the chariot of Surya. The beings used to be magnificent horses, but are now disfigured.

The wheels, in the east and west, can show the time to the accuracy of a minute, with their inscriptions and carvings. The sundials are divided with eight large spokes, which are further divided into more parts, the smallest being tiny beads. This shows the understanding between the sculptors and the astronomers. Though this is the primary reason people are attracted to the unused shrine, there are many more secrets unknown to the world. Was the Konark temple just a Hindu temple? Or was it something more, like a university or an encyclopedia of knowledge?

Well, there is surely a lot more to this chariot temple than just a sundial. Imagine that you are a toddler going with your parents to the shrine. At the lowest level, you will find carvings of what is all over YouTube Kids – animals! There are detailed sculptures of elephants, monkey behaviour, baby elephants hanging around their mothers and many more. Isn’t this what fascinates toddlers?

In the next level, you will find sculptures of musicians, dancers, martial arts and games like tug of war for 6- to 10-year-olds to learn. This is a great combination of activities for nurturing the left and right brain.

Level three is designed for 11- to 15-year-olds, who are taught about science, specifically astronomy. This is where the scarily accurate sundials reside. There are two, one for reading time from morning to afternoon and the other for reading time from afternoon to evening. The rest of the wheels are moon dials. Each of the spokes have intricate carvings, depicting day to day activities so that people are not confused as to where the time reading starts. There are also carvings of leaves, which may depict spring, and lemurs mating, which only happens in winter!

Speaking of sundials, did you know that the temple shows the working of the sun? The 24 wheels represent the 24 hours of a day. There are seven horses pulling the chariot temple, like mentioned before. Also, there are three statues of Surya, the sun god – one with a happy face, symbolizing the morning sun, one with a sombre expression symbolizing the afternoon, and the last one with a sad face on, symbolizing the evening or setting sun. It is quite a popularised theory that the seven horses stand for the seven days of the week, but that is not true. The days of the week are not related to the movement of the earth around the sun, and some civilisations even had eight-day weeks. The seven horses actually represent the seven colours of the rainbow!

Moving on to the next level, which is for 16-20-year-olds. This layer has important lessons pertaining to administration, jurisdiction and even executions, spreading awareness amongst the youngsters as to how the government works. Greek and Chinese are carved and a trade relationship between Indian and African communities is shown. Historians claim that Africa never had a flourishing civilization in the past – if so, why was this carving made?

Softer occupations like fashion designing could also be taken up, as there are depictions of women in ergonomically designed high heels with a strap to secure the footwear to the foot! This is incredible, as the temple was built almost 800 years ago, which is way before high heels, apparently, came into existence! Women looking into small mirrors, with various hairstyles can be spotted. There are also women wearing see-through skirts. Can you imagine how talented sculptors were, to be able to pull off such a feat?

Teaching young adults about sex is thought to have started in the western world, but these carvings just prove that India was quite systematic and progressive in the process of explaining to young adults about reproduction, quite contrary to the taboo system now. There is also an interesting carving of a woman standing with her legs wide apart on a flame, which is not touching her body but was close to it. This seems to be a disinfection technique for women after giving birth and is still followed by the local tribes nearby. The mothers are able to return back to work a day after giving birth as if they were never even pregnant!

I think these carvings are sufficient proof that the Konark Sun Temple was not just a Hindu temple, but a seat of learning, an encyclopedia, for people of all ages and religions to come and acquire knowledge from!

Just a thought to leave you pondering – if there is so much we can learn from the exterior of the SECONDARY structure of the temple complex, how much could we have learned from the main building and the interiors?