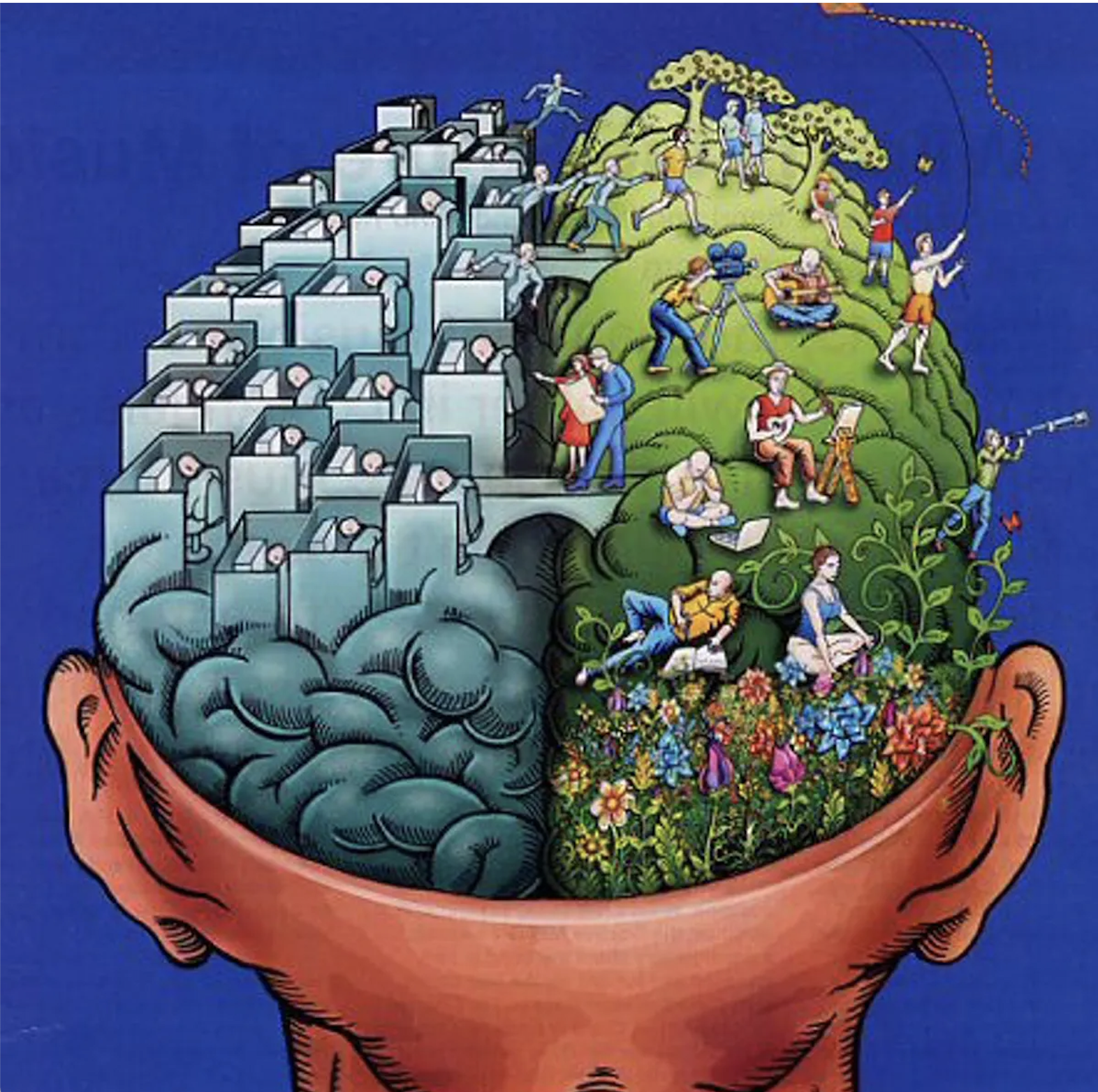 Hilarious, right? This popular joke is just one of the things that reveal our fascination with the brain, a mysterious and almost other-worldly organ. Since we are yet to know a lot about our brain, various myths circulate about it, which many of us tend to believe. Even I, bought into some of them and completely believed them – until I did some research! It’s just so captivating that this organ (which is about the size of two clenched fists held together) controls our emotion, thinking and movement. How does one organ seem to have so much power? And that is exactly why we are going to dive into the brain’s twists and turns to find out about the right and left parts of the brain – an engrossing idea. Get ready to fill your right brain and have the correct information in your left! (Get it?)

First things first, it is true that the brain has two sides – the right and the left. When studying the brain, internal structures like the brain stem appear to be made of continuous tissue, but they also have left and right sides. It is also true that the left and right have specific functions in regards to movement and sight – for instance, the left brain controls the right arm and leg while the right does vice-versa. But we have pushed the left-right brain idea too far and make them look like halos of logic and creativity where one side is more dominant than the other. So, how did this theory come to be? And how is it a misconception?

Origins of the Theory

This theory originated in the mid-1800s when 2 neurologists Broca and Wernicke looked at patients who had communication problems because of injuries. They found that in most of the patients, the brain’s left temporal lobes were damaged and thus suggested that language was controlled by the left brain. This theory captured the imagination of many and, soon became what it is today due to the idea of author Robert Louis Stevenson, where a logical left side competed with a right emotional one. He represented his idea in his characters, Dr. Jekyll and Mr. Hyde from his book, The Strange Case of Dr. Jekyll and Mr. Hyde. But this theory came to light due to the research of psychobiologist and Nobel Prize winner Roger Sperry. According to Sperry’s research, the left brain was more orderly with connections with logic, facts, Math, etc. He also suggested that the right brain is less orderly and more intuitive with connections to the imagination, daydreaming, and the arts. This was how the theory of the left and right brain come to be, one that’s so popular with people today.

While this theory of having a dominant side of the brain (just like a dominant hand) sounds very exciting and possibly plausible – it does not hold. A team of neuroscientists tested this premise and after 2 whole years of testing and analysis, they found no proof that this proposition was true. They used magnetic resonance imaging to look at the various brains of 1000 people and discovered that the neural networks on one side weren’t stronger than the other. This theory also did not hold when doctors and scientists examined patients who had one hemisphere missing or the 2 separated. The patients displayed a plethora of abilities, whether it be logical or creative.

The notion of logic and creativity at odds with each other itself doesn’t make much sense. You don’t only need logic for a math problem or only creativity for a piece of art. You need both of them to co-exist in the right balance to obtain the perfect answer or piece.

To conclude, what started as a simple idea turned into this theory that we know today. The origins of this idea, after all, suggest that some functions are localized to a particular area of the brain, but that was warped into the notion that we have a dominant brain side just like we have a dominant hand. So, I hope that I busted some myths related to the left brain – right brain theory, and leave you with the correct notion behind this entire theory. So, tell me in the comments – was your right and left brain filled with knowledge – the correct and verified knowledge?