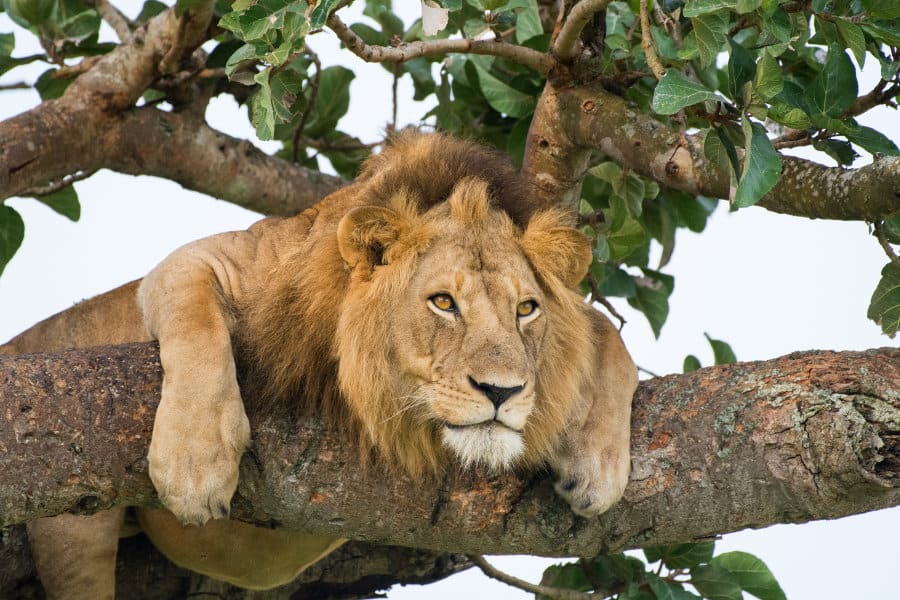 Travelling is my destiny, my calling. Being an avid explorer, I am very enthusiastic to visit places that give me an adrenaline rush. My personal favourite destinations include the Amazon Rainforest, South Africa and Kenya. I love collecting local stories and folklore from the local people there.

Among these experiences, the most notable one was when I visited the Lake Manyara National Park of Tanzania, Arusha.

My trip to this wonder was no less than extraordinary. The sights included huge herds of elephants and a hippo pool with a good number of those hefty beasts.

There was also a river, a dried up one. It was a non-perennial river so it did not flow all year round. As I skipped along, I saw something I was not expecting to see. It was a lion climbing a coconut tree!

After viewing this intriguing sight, I realised why the lion was climbing a coconut tree. The only river present in the national park was all dry and the lion was facing a scarcity of water. A local informed me that the lions had to climb the tree and shake it for the coconuts to fall down so that they could drink its juice. The lion successfully managed to make a few coconuts fall and descended from the tree. Then he used his sharp claws and burst the coconut open and merrily drank the juice of the coconut. Then it enjoyed eating the rest of the coconut as well.

This definitely was an intriguing encounter that I wanted to share with everyone. This marked the beginning of a blog that has now become an integral part of my travels.