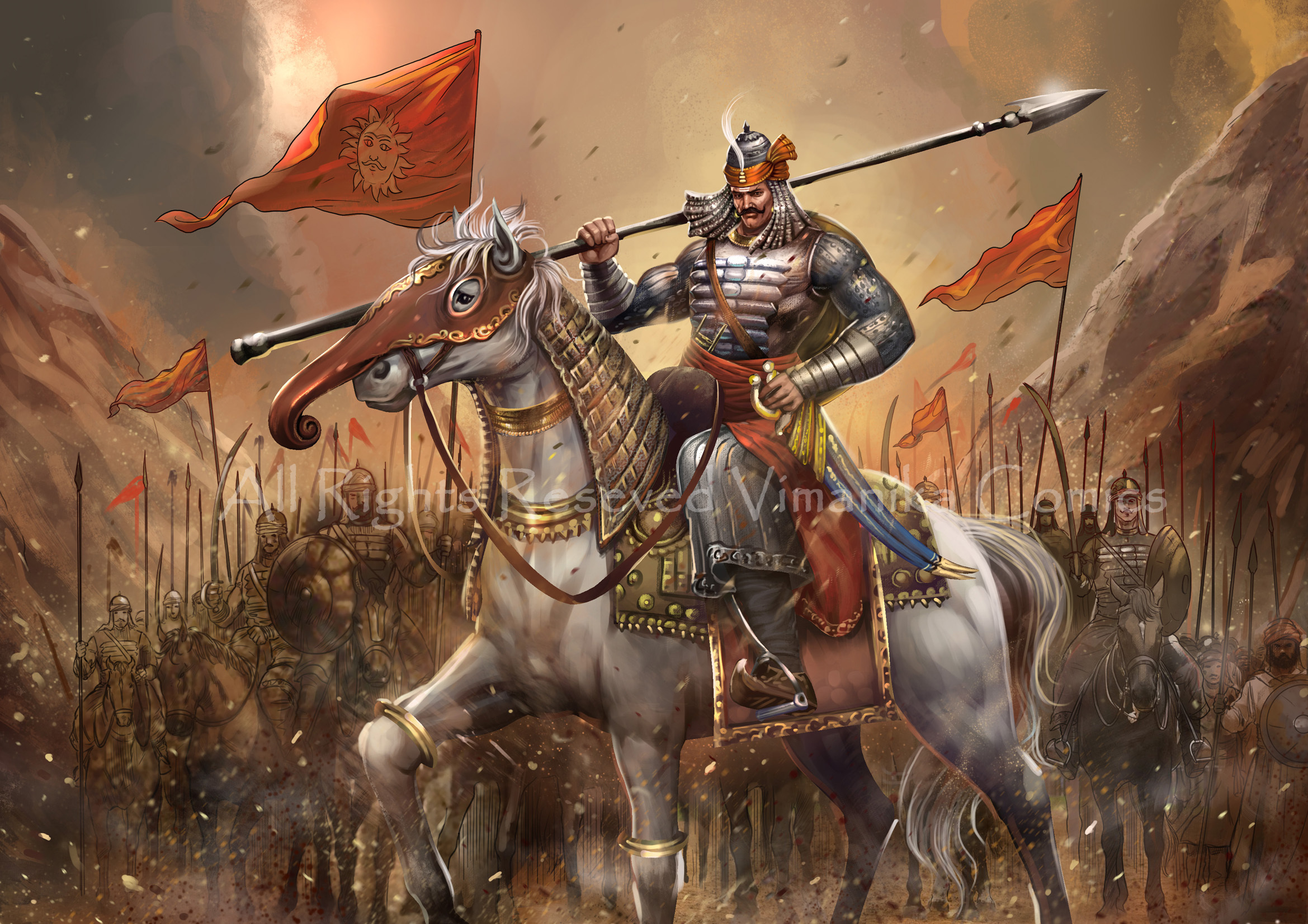 India is a very diverse country with uncountable jewels. There are monuments, forests and towers. Infinite types of food. India has the richest history in the world with great and brave personalities

“When your intention is noble and strong, you can’t be defeated.” ~Rana Pratap Singh

The ‘Lion of Mewar’, Maharaja Rana Pratap Singh is a legend and one of the most heroic figures among Indian legends. His name is written among the legends and the people who sacrificed their lives for their nation. He fought for the honour of his nation, fought for his people, he would rather sacrifice his life in front of the enemies rather than surrender.
“He struggled like a true valiant for freedom even under adverse” ― Simran, Maharana Pratap

The Lion, the fierce and brave warrior was born on May 9, 1540. Son of the warrior Udai Singh. He would never step back to fight, his horse at the ready with his armour, he always was ready to fight for his nation.

Pratap was most famous for the great Battle of Haldighati for Mewar, against Akbar, in 1576 ce. Akbar had double the army that of Maharana Pratap and had great artillery, after hours and hours of fight, when Maharana Pratap knew Akbar was going to win, he refused to surrender and retreated with his horse, Chetak and some of his soldiers. After a few months, Maharana Pratap was again ready to recapture Mewar and fight for his nation’s honour. Mughal army’s might was crushed after the Lion’s attack. Soon, Maharana Pratap recaptured all his territories, except Chittor. After the recapturing of the places, no one dared to invade Mewar till the time Maharana Pratap was the king, the enemies had to face the Lion which made them not invade Mewar.

Even though Maharana Pratap was a Lion at heart he had great compassion. He did not die in a war but while saving a calf from being killed. After all his valour for the country, he became a saint. On a mountain after some years of his being a saint, he witnessed a calf being chased by a tiger. His fierce Lion woke up and fought the tiger, he saved the calf. He didn’t step back and, in the process, unfortunately, lost his life.