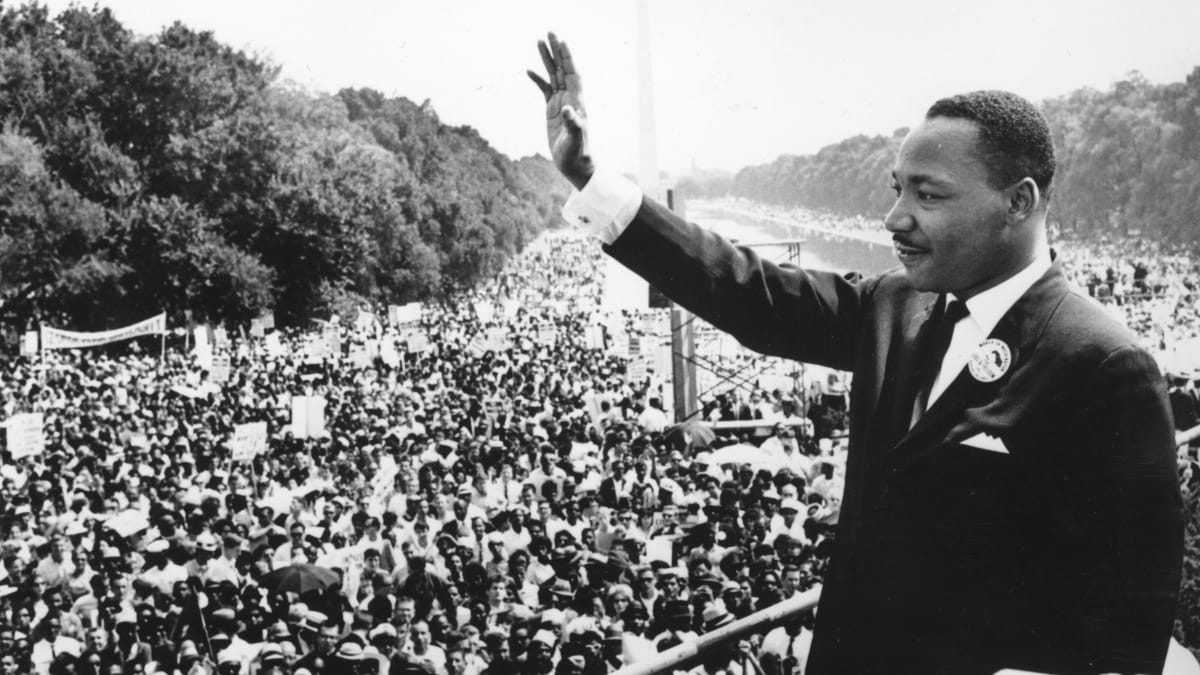 Martin Luther King (1929 – 1968) was an American Baptist Minister and social activist whose dream was for a world devoid of racism, where African-Americans were given equal rights, and could change the world for the better.  Through his peaceful protest, he brought to light the plight of all the economically disadvantaged, victims of injustice.

At the age of 26, after Rosa Parks was arrested for refusing to give up her seat that was meant for “white” people in a bus, King led a boycott against such buses that refused to seat “blacks” in the front seats. His protest soon gained widespread support, which eventually led to a citywide boycott of the bus system until the rules were changed.

His non-violent approach to some of society’s biggest problems for a better future sparked hope in many of the oppressed citizens. King played a major role in the American Civil Rights Movement (1954-1968). He organized a number of protests and marches, which gaining followers rapidly. Not only that, but he also led several boycotts, along with giving speeches to spread awareness about the injustice towards African-Americans.

Soon after, Martin Luther King helped in the formation of The Southern Christian Leadership Conference in 1957. This society’s main goal was to further advance the civil rights cause in America but in a peaceful and non-violent manner. King remained as its President until his assassination in 1968.

Martin Luther King’s constant support and his heartfelt desire for civil rights for all were expressed through the letter he wrote from Birmingham Jail, emphasizing the need for equality and civil rights for every citizen.

His actions were a key contributor in helping to pass the Civil Rights Act of 1964 which ended the legal separation of people by race in public places as well as abolished job discrimination on the basis of race, colour or religion.

In the words of Martin Luther King, “I have a dream that my four little children will one day live in a nation where they will not be judged by the colour of their skin but by the content of their character.”

The Life and Times of William Shakespeare