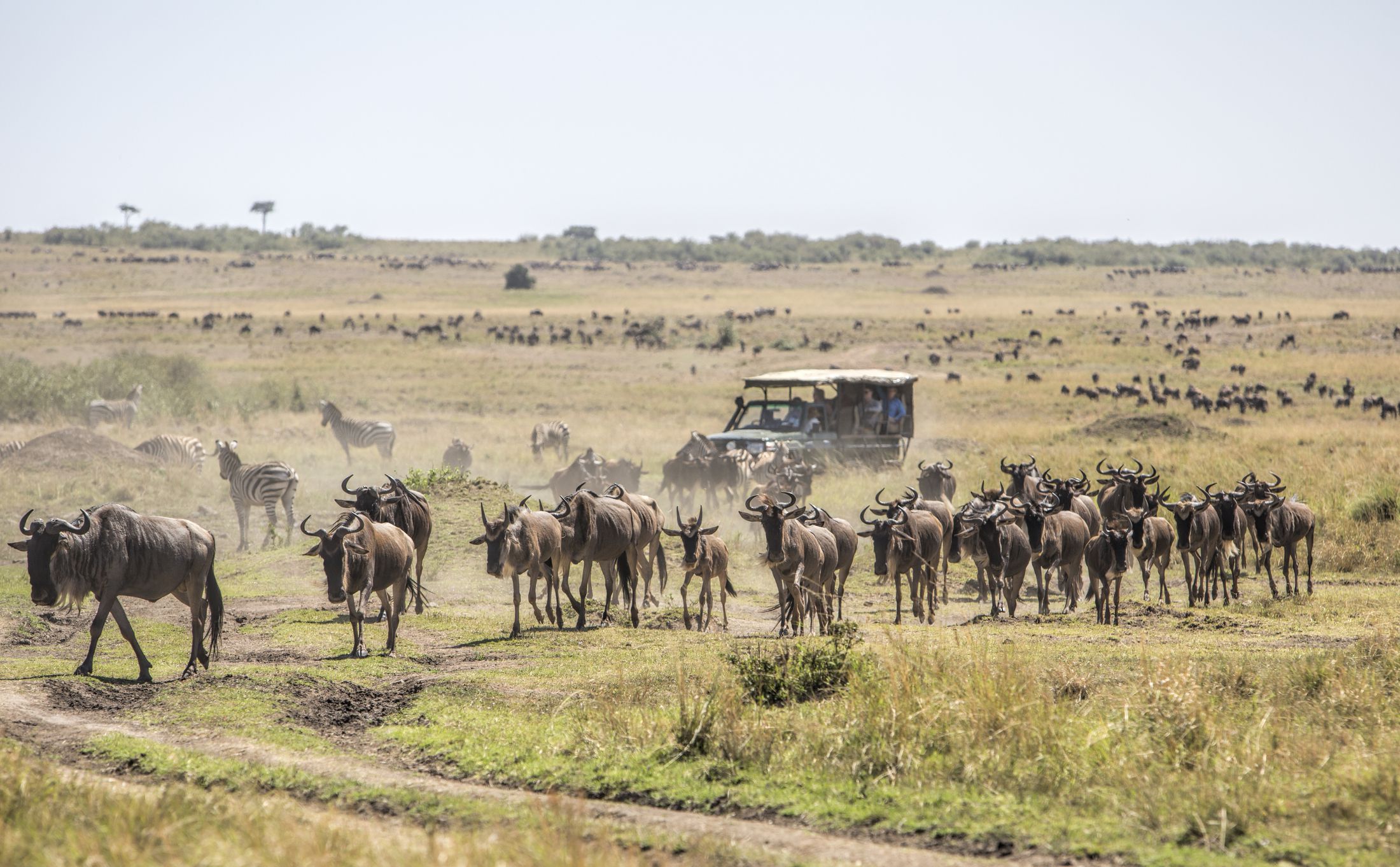 It was a sunny morning in the Masai Mara reserve, Kenya. As Fiona got into the jeep for the day’s safari, she hoped her wish of spotting a lion and completing the Big Five of the African wonderland after four futile days of game viewing.

She put on her sunglasses and sat down in her seat next to her family. The trip was quiet except for the jeep’s wheels moving along the raggedy track built in the middle of the savannah. The green grounds surrounding them stretched for endless kilometres and many trees, bushes and shrubs and their leaves rustled in the breeze. The yellow sun smiled down, birds fleeted above them and on their way to see the lions they also saw many striped zebras, golden gazelles and a herd of elephants grazing along. The endless grassland met the cloudless blue sky at the horizon. The weather was pleasantly perfect.

At a distance, there were a couple of jeeps lined around dense forest area where everyone was extremely quiet with their binoculars in hand. Their guide gestured them to be very still and to look intently. Suddenly Fiona saw some movement in the bushes, a golden-yellow head popped out with its eager eyes spying its prey –a gazelle nearby who didn’t seem to notice the marauder at its leap. As soon as the gazelle was at a vulnerable position the lion would spring up and have its meal for the day. Everyone waited patiently as this was a once in a lifetime opportunity-seeing a carnivore seek his prey! In a blur of a moment, the majestic cat jumped and seized his kill. Within seconds the Thompson was dead and the lion made its way back with the prey in his honed canines. A round of cameras clicked, Fiona was truly mesmerized. How the lion’s strategy worked with his game and how careful he made his every move.

The jeeps made their way back to their tents. Fiona was contemplative. She was glad she made this trip to the Valley and learnt various things from nature. A wonderful apt African quote struck her, something that she learnt in her English class.