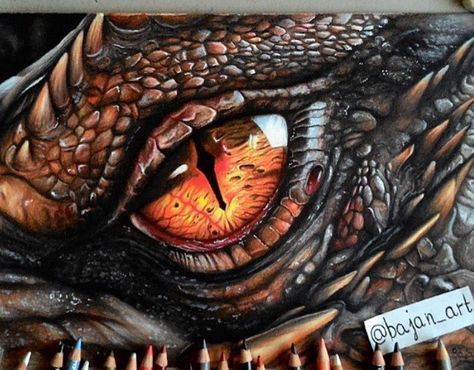 “We never should have come here,” she said with an exasperated sigh, as we walked down the dark slimy passage under the lake. A terrible scream was heard throughout the corridors. Turning the light back on, she pointed the beam at the place where the scream had originated. AN EYE?!?! A gigantic eye was staring back at them, unfazed by the strong beam of light pointed at it. But how did we get here? Let’s start from the beginning — Graham’s disappearance.

It was a warm sunny morning, as the breeze rippled through the pine trees that surrounded the mouldy old school building. But this was just a trick, an illusion to hide the wonders within. The school had a grand entrance, with a gigantic hall with half a dozen chandeliers, a soft, furry rug which covered the rosewood floor. Past the entrance hall were two corridors, one for classes, one for utilities which branch out into different places based on their category or subject. The Great Hall is straight down the middle, where the house tables are placed for meals. Graham, Penelope and I had been friends ever since we joined Merryweather Prep. As we sat at the Glenfield House table, eating breakfast, Graham remembered the homework Professor Armstrong had assigned us. He ran up to the dormitories. A quarter of an hour later, he was nowhere to be seen. Even after an hour and a half, nothing.

Penelope and I speed walked to the dormitories, only to run into Darrell. Oh man, I hated that guy. I was no match for him, with my skinny limbs and short height. Darrell was built like a linebacker, with broad shoulders, arms as thick as bazooka barrels and teeth so white, they should have come with a sign saying, “Do Not Look: Permanent Blindness”. “Look who we have here,” he taunted; “Toothpick and Nerd”. “Go away Darrell,” said Penelope, as she shoved him out of the way. By the time we reached the dormitories, we were both panting (Those 300 steps are no joke, you know!). There was no trace of Graham. We walked around the dormitory yelling his name, without any luck. BOOM! I tripped over a bed stand and fell hard on my arm.

“I’m fine!” I yelled to Penelope, who probably heard the boom as well. I was just getting up when I saw something. Something was glistening under Graham’s bed. I pulled it out. It said:

“PENELOPE!” I yelled. She looked confused but horror-struck. This was Graham’s handwriting and his way of code. He always wrote random stuff on paper, all crazy theories. But Penelope understood this time. As expected, I didn’t. “Adam, these are elements on the periodic table.”

“So the chemical symbols spell out a message!”

Being an ace at chemistry, I understood immediately and decoded it. I didn’t believe what I saw. The message said, “LaKE MnSTERe ReAl……KidNap”. And that’s when it dawned on me. There was a legend about a monster under the Merryweather Lake, which Graham and I always talked about. It could only mean that Graham had left a secret, coded message, after he saw the signs, and the monster must have kidnapped him because he would have realised. According to legend, this had happened once before, almost 5000 years ago, and the body was never found. I knew that if anyone, Graham would be the one to crack the mystery. I grabbed a torch, my dual, long, slender knives (It was War School you know. Prep stood for War prep.) and ran to the girl’s dormitories. Penelope was walking out holding a bow, and a sword sheathed and attached behind her by braces. We slipped through the secret passage behind the one eye witch, which led under the lake where, according to myths, the monster’s domain was. “We never should have come here,” she said with an exasperated sigh, as we walked down the dark slimy passage. That wasn’t like Penelope. She was normally very daring, ready to take on anything. But she looked scared out of her sequined pink jacket. A terrible scream issued throughout the corridors. Turning the light back on, she pointed the beam at the place where the scream had originated. AN EYE?!?!

A gigantic eye was staring back at us, unfazed by the strong beam of light pointed at it. I yelled and charged. Looking back on it, it probably wasn’t the best move. But I jumped and stabbed my knife into its television-sized organ of sight. It roared in pain as seaweed green blood spurted from the gash. But I didn’t dare summon my blade back. I had a plan but it needed me to weaken him up first. I jumped into the cavern and….fell on my face. I looked up at the dragon-like creature, with its aquamarine hide and dirty black scales. “Oh yeah! The plan!” I remembered. I tossed my other knife. No turning back now I thought. Being a knife user, I was deadly accurate, even though my arms were basically toothpick wide. The blade went straight into the creature’s slimy nostril. Ewww! No number of washes in the ​WeaponCleanerTM would get dragon bogies off of there. But it worked perfectly. The knife struck the optic nerve which ties the eye to the brain. The eye moved a little bit in its socket. Penelope, who was constantly shooting arrows at its hide and failing, yelled in retreat. She saw me without my knives and tossed her bronze, lightweight sword to me. Perfect! I chucked that too, as she gave me an ARE YOU CRAZY?!?! look. But the throw was perfectly on point. It went through the gap in the eye and, GROSS OUT ALERT! impaled its brain. The monster fell to the floor, dead. And that’s when we saw Graham, cowering in a cave. Penelope and I burst out laughing. And that’s when I remembered about school. I looked at my watch. We were due in Archery in ten minutes. That meant that it took us 7 minutes total to kill a dragon. I ran up the staircase and rushed into the hospital wing, where I used the telephone to call the headmaster, a burly man wearing an Italian army uniform so old, it looked like Mussolini wore it. The nurse, whom we explained everything to, was shocked at our story. The headmaster walked in as we were talking about our search for Graham. We explained the part before that again, and the rest of the story. He beamed with pride. “Adam and Penelope, you have done a great deed in the name of our school and our collective safety. You both shall receive prizes for Special Services to the School, and, yes, four hundred points apiece for Glenfield house. “YAHOOO!” We yelled as we revealed the news in the common room that evening. We won the house cup and sports cup, which made our score of 2100 points a record most points ever by a single house.

That year was the best for us, as we both passed with flying colours, and Graham started a myth club; In case there was something else waiting for us….