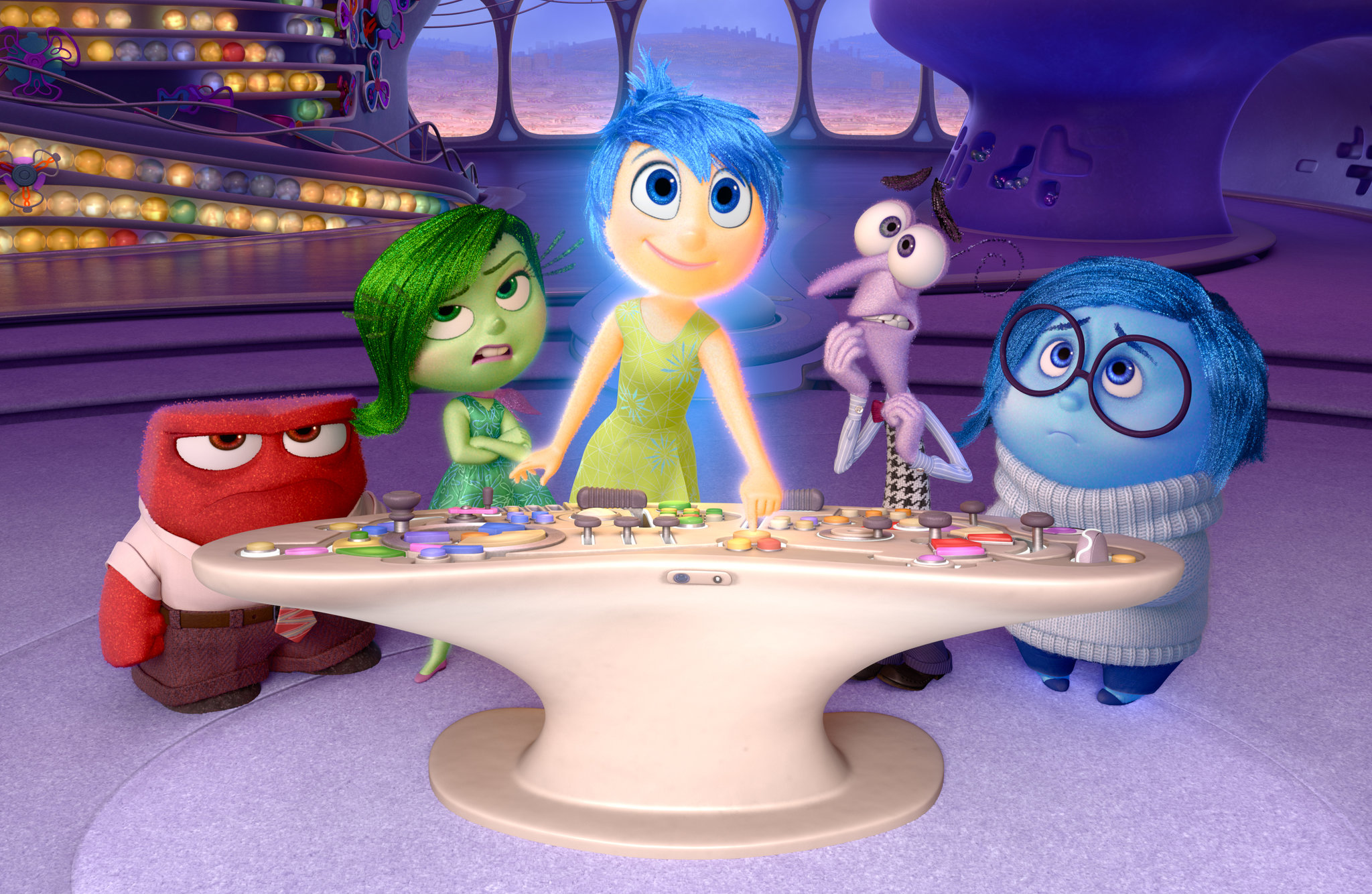 Inside Out is a spectacular comedy, yet suspense-filled adventure, set in the mind of an 11-year old girl. It is bizarre, yet amazingly imaginative, more than anything else produced in the animation industry. Inside Out certainly ranks on the top of all those spectacular Pixar releases like Toy Story, Cars and Monsters Inc. This movie is another smashing blockbuster which lingers in your mind after watching it.

The movie is all about an adventure inside Riley, a little girl’s head. Her 5 major emotions have been personified and made real. The emotions reside in the Headquarters of her brain. Joy is bright yellow, representing happiness, trying to find the fun in everything. She is almost like the CEO of the brain and controls everything. Sadness is soft and blue, who is almost always crying. Fear is a scrawny purple character with a shape almost like a question mark. Disgust is bright green and has a mean girl vibe. And Anger is a boiling red flat-headed, devilish character whose head blows up whenever he gets really pissed.

At the beginning of the movie, Joy says: Have you ever wondered what goes on in somebody’s head. And then you almost wonder what goes on in that psychic maze. And then how might they make a story which is an hour and a half long about this! Well, Inside Out meets the challenges with an insane amount of inventiveness and innovativeness.

Everything is amazing in Riley’s life. However, things go topsy-turvy when Riley’s parents decide to move to San Francisco. To make matters worse, that the house they have to live in is a tiny dirty place with dead rats. And the moving van with all their stuff is going to arrive late. We see how all of Riley’s emotions react to this news, each in their own way.

Joy being overcontrolling ensures that all of Riley’s memories are happy, even when Riley is feeling sad. She believes that happy memories will result in a happy Riley. The others have almost accepted her as a leader. However, after many complications, Joy realizes that all the emotions are equally important and without one of them, Riley can never have a happy and normal life. The movie takes us through Joy’s transformation as a character and how every emotion can play a pivotal role in our lives.

The movie is jam-packed with adventure and is extremely hilarious. Don’t be surprised if you feel a tear trickling down your cheek after the movie but now you can always blame it on the little emotions inside your head. It is certainly a must-watch for kids and adults alike!