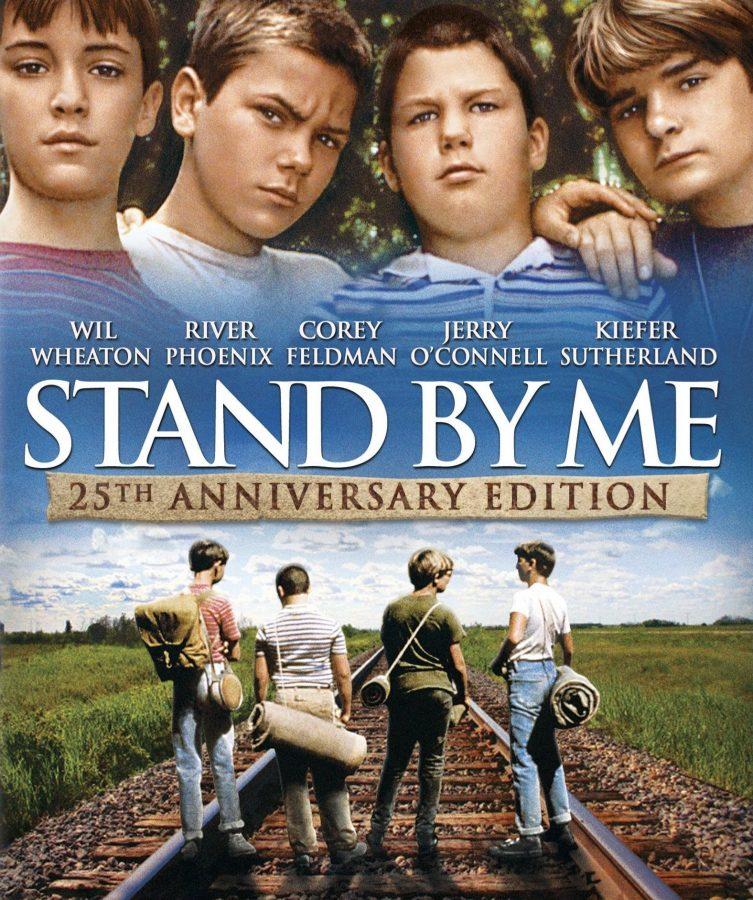 If there is any movie about friendships, love, and real care, then it has to be Stand By Me. Based on the Stephen King novella The Body, Rob Reiner had made a splendid project out of this novella in 1986. The movie had an ensembling cast of Wil Wheaton, River Phoenix, Jerry O’ Connell, Corey Feldman, Kiefer Sutherland, Casey Siemaszko, Gary Riley, and Bradley Gregg. This movie was so autobiographic and so heart- touching that it even made Stephen King cry, on which he embraced Reiner for making this wonderful movie.

The movie begins with a man sitting in his car and reading a newspaper whose headlines read “Attorney Chris Chambers stabbed to death”.On reading the headlines, he has flashbacks and narrates the story of how he had experienced a real friendship with Chris Chambers, Vern Tessio, and Teddie Duschamp while searching for a corpse. The flashback began with the narrator-named Gordie LaChance-buying a magazine and running towards his tree house where Chris and Teddie were playing cards. As he entered and started reading the magazine, Vern knocked on the door and hurried up, catching his breath. Vern was the mockery of his friends because of his child-like behaviour, and we get to know it when his friends started teasing him as soon as he entered the tree-house. Ignoring the taunts, Vern tells them about a story of a body he overheard while searching for his pocket money. He overheard his brother Billy and his friend Charlie talking about the corpse of a boy named Ray Brower, who got killed by a train while picking blueberries. But Billy and Charlie were actually neighbourhood bullies working for Ace Merrill(the head bully) and his right-hand man Eyeball Chambers(the elder brother of Chris), and they recently stole a car, and in order to stop the news from spreading, they won’t even try to search for the body. The boys immediately decide to look for the corpse, and become neighbourhood credits, although the shallow credit goes for Billy and Charlie.

Gordie goes and collects his gift from his late brother Denny-a cap, and Chris brings a real gun, which he claims is not loaded. However, on firing, Gordie learns that the gun was loaded, and refuses to talk to Chris(because they got into trouble for that and narrowly escaped) until Chris persuades him that he did not know the gun was loaded. At the same moment, Ace and Eyeball comes out and steals Gordie’s cap and threaten to kill Chris. However, they left him unharmed. They meet Vern and Teddie and start their journey. On the way, they stop near a train track to get some rest. When the train came, everyone jumped off except Teddie, who wanted to jump off at the last second. Chris disapproves of this action, and forcefully pulls Teddie to the side, and starts fighting with him, saying that he saved Teddie’s life. At last, Teddie resumes their friendship, and the friends continue their journey.

Meanwhile, Ace and his friends destroy the neighbourhood mailboxes on their car and stop by to do a tattoo with glass. During that time, they learn about the body and decide to find credits among themselves, despite the protests from Billy and Charlie.

The boys stop by a junkyard that had the sign “No Trespassing”.On finding no one there, the boys climb over the gate and stop for a water break. Later, Gordie is selected to buy food for all of them, while they will be waiting. After buying the food, he sees the boys climbing over the gate, and suddenly the junkyard owner, Milo Pressman catches Gordie and sends Chopper after him. Gordie runs and climbs over, while Chopper just tries to jump over, but on failing to do so, sits down and wags his tail. The boys mock Chopper and Milo, and in retaliation, Milo calls Teddie’s mentally impaired father a lunatic. Teddy feels insulted by this and tries to attack him, but the boys pull him away. They pass through a forest, where Vern tries to lift Teddie’s mood by singing a song, only to find that his friends were disturbed by this. However, as the journey ensues, Teddy and Vern bond over, and sing songs together, while Gordie and Chris talk. Chris says that Gordie should become a writer, according to his choice, but his father won’t allow him to be a writer. They discuss this, and they reach a railway line with a river on both sides. So, they cross carefully, while Vern crawls, and he loses his comb. Suddenly, they hear a train, and Chris and Teddie escape, while Gordie and Vern were stuck. Chris and Teddie shout for them, and Gordie finally pushes Vern to the other side, where they fall near the bank and are rescued by Chris and Teddie. Then they reach another forest where they light up a bonfire, and Gordie tells them the story of a boy named David Hogan who is constantly bullied for his overweight. To get revenge, he enters a pie-eating contest, and eats a lot of pies deliberately and vomits on everyone, thus making it clear that even the oppressed can retaliate if they want. Then during the night, Gordie wakes up, having a nightmarous flashback(where his cruel father tells him at his brother’s funeral that it would be better if he died instead of his brother), and finds Chris awake. He asks Chris about his trouble and Chris tells him that he wanted to separate himself and drop the title ‘Chambers’.He even confesses that he stole milk money and when he returned it, he was suspended from school, because the teacher to whom the money was given, wore a new dress instead of handing it to her superiors. He felt devastated by this betrayal and starts crying, while Gordie was comforting him. Then they go back to sleep.

The next day, the boys start their journey again, and they get stuck when they see a swamp. There, they decide to swim over and go ahead. During the swimming, Chris, Vern, and Teddie play while Gordie swims across. However, as they get up, they realize they have been inhabited by leeches, and they have gotten all over their bodies. They immediately started removing the leeches from their body and Gordie faints on finding a leech inside his pants. After waking up, they go in search of the body, and Vern finally finds the corpse, whose legs were protruding, and his body was hidden under a tree. They look at the body and Gordie and Chris sit near a log of wood. Gordie, remembering his cruel father’s words, cries and says that his father hates him, while Chris consoles him and says that his father doesn’t know him, that’s all and no parent hates a child. At that moment, Ace and his gang come to the point and finds the children there. Billy deduces that it was Vern who overheard them and told his friends, and they come down and ask the boys to leave in peace, and no one will be unharmed. Chris, however, refuses to go and slanders Ace, to which Ace holds a knife, and is about to kill Chris, when Gordie threatens Ace with the gun, and commands him to leave or else he will die.Ace leaves, swearing revenge, and the boys decide not to gain credit for finding the body but instead report to the authorities via an anonymous phone call. Then they return home, and Chris thanks Gordie for being a true friend.

The narrator then tells us that Vern and Teddie grew distant from him, while Chris stayed with him till high school, and then went to a different college to study law. The film ends with the narrator typing on his computer(now successful as a writer) that no one was lucky like him to have a friend like Chris Chambers. Then he goes out with his sons to go swimming and leaves in his car.

The film is the epitome of true friendship and justifies the proverb ‘A Friend In Need Is A Friend Indeed’.The boys learnt how to stand up together, during an adventure, and while encountering obstacles, they must be the helpers of each other, and stand up against the enemies, and not desert the bullied. Thus, this film is also of moral importance, as well as entertaining, and I would recommend all the teenagers to watch this lovely movie and learn the importance of courage, friendship and loyalty.