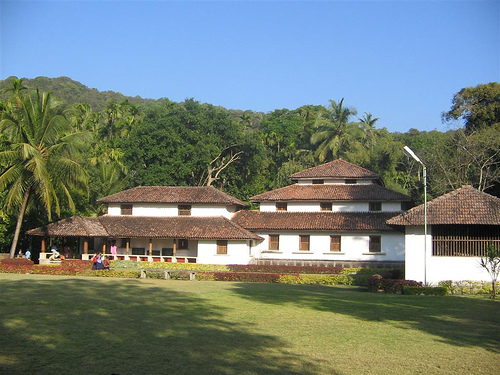 Finally, the wait of 2 whole long years was over !! I was, at last, going back to the much-awaited summer camp in the small village, Kuppalli.

I had last been to the camp in 2019 after which the pandemic hit India and the camp was not conducted at all for 2 years. Also, I had a  very big desire to go there as there was an age limit and if I would not go this year, the next year, I would exceed the limit. Also, I had gone to the camp twice before and I had absolutely fallen in love with the greenery of the village.

As soon as I reached the camp, I felt the refreshing pure air, unlike Bengaluru’s polluted air. Everybody welcomed me with open hands and I felt in a homely environment. In addition to that, I got appointed as the leader of one of the four houses in the camp. It was a huge responsibility as I had to guide about 26 people.

At the camp, we had a lot of fun activities and about 6 of us had gone from our school. On the first day, there was a very fascinating magic show. The magician did a lot of tricks like turning a candle into a bouquet, creating food in seconds etc.

The next few days continued to be amazing as we went trekking at 4 in the morning. There were activities like face painting, scenery drawing, human tug of war, human mirror & many more.

Out of the total twelve days in the camp, we spent the last 3 days preparing for a skit that the parents would watch when they would come to pick us up. Also, a few people from a tribal group had come to teach us their dance form called “siddhi”.

Being a leader, I faced a lot of trouble maintaining the children of small ages as they would always be up to something. I had to assemble all the members of the Group in the shortest amount of time so that I would get a good name.

We also had assemblies in which we would speak on our opinions about a topic. For example, once we were given the topic of what our dream school would be like. Many students had different opinions about it. The smaller children gave cute answers like the school had to be made of chocolate. Whereas the elder group gave opinions like there should be a better way of teaching the students rather than just explaining the textbook. Through this, we would get interesting ideas for improving our society.

One most important thing that I liked about the camp was that we learnt how to stay independent and also, we were not allowed to carry any electronic devices to avoid unnecessary distraction. We were only given about 2 times to talk to our parents in the middle of the camp as there was a very poor network connection there.

On the last day, we had to wear ethnic dresses and take photos. The boys took handsome solos whereas the girls took photos in their ghagra and sarees. After the camp, I felt happiness on one hand as I had gone to the camp after 2 years and had been appointed as the leader. On the other hand, I felt sad as it was the last time that I would be going to the camp.

But overall, I had a very good, and peaceful time in the camp and I wish I could go back once again.