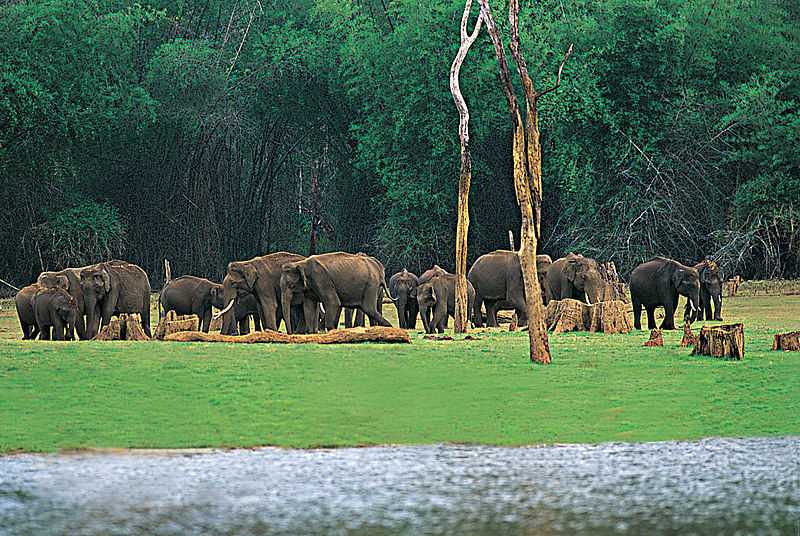 Touring around countries and cities is everyone’s wish and mine as well.  I too have visited many cities but my favourite holiday was at Thekkady, Kerala.

Thekkady is in the southern part of India and the language spoken there is Malayalam. We travelled in an aeroplane from Mumbai to Cochin and on arrival at Cochin airport we took a taxi to Club Mahindra Resort, Thekkady. We were astonished to see beautiful greenery, jungles and mountains surrounding the resort. My parents procured information from the reception about local places to visit.

On the first day of our arrival, we went to a botanical garden.  The caretaker told us about all the flowers, plants and their medicinal facts and benefits. The place was beautiful and we got to learn the names of so many different plants that I had never heard of. Moving on from there, we went to an ayurvedic museum where again, we saw many different plants and flowers with medicinal benefits.  The caretaker also took us to a museum in which ancient ways of using these plants and flowers were displayed.

On day two, we had an early start as we had to visit a dense forest.  We reached our resort reception at 4:30 am and there was a stunning neon green colour jeep waiting for us. We hopped into the jeep and were on our way to Angamozi forest, which is India’s third-largest forest. We saw many trees, plants and adorable monkeys in the jungle. We even took a boat ride in the famous round boats of Kerala. The boatman mentioned that all the jungle animals come here to drink water. After the refreshing boat ride, the jeep covering was fully opened and it looked amazing. Later, we went deeper into the jungle and saw a beautiful green valley. We saw a giant tusker, female elephant and a male deer. We also crossed five long dams which had many machines attached. Lastly, we went off-road driving over the muddy hills with a spectacular view. At the end of the jungle tour, we had lunch inside the jungle at a local place where food was served on a banana leaf.

On the third day, we went to the local Kalari martial art show which displays self-defence and sword fights. Performers also performed jumps through a fire ring and many more such dangerous acts. We also went to a Kathakali dance show.

The performers had their faces painted and they were dressed differently.  They narrated stories in the form of dance.

On day four, the resort had arranged a Halloween party for our guests in the clubhouse. The play area and the clubhouse were decorated with Halloween decorations and the staff had dressed like ghosts and other Halloween attires. They made us play many games and we had lots of fun.

On the last day of our holiday, we went for a night safari on the highest peak of a mountain. We got into the jeep and went deep into the forest and suddenly it started raining heavily.  So we could not get down from our jeep to enjoy the view. Later they took us to the bungalow, served us piping hot tea and coffee and we got freshened up. The staff gave all of us fire marshalls and took us for a stroll deep in the jungle. The walk was very nice but suddenly a lot of leeches climbed up our feet and we had to quickly get into our jeeps without further delay.

Overall, I enjoyed my trip and I had lots of fun with my family.