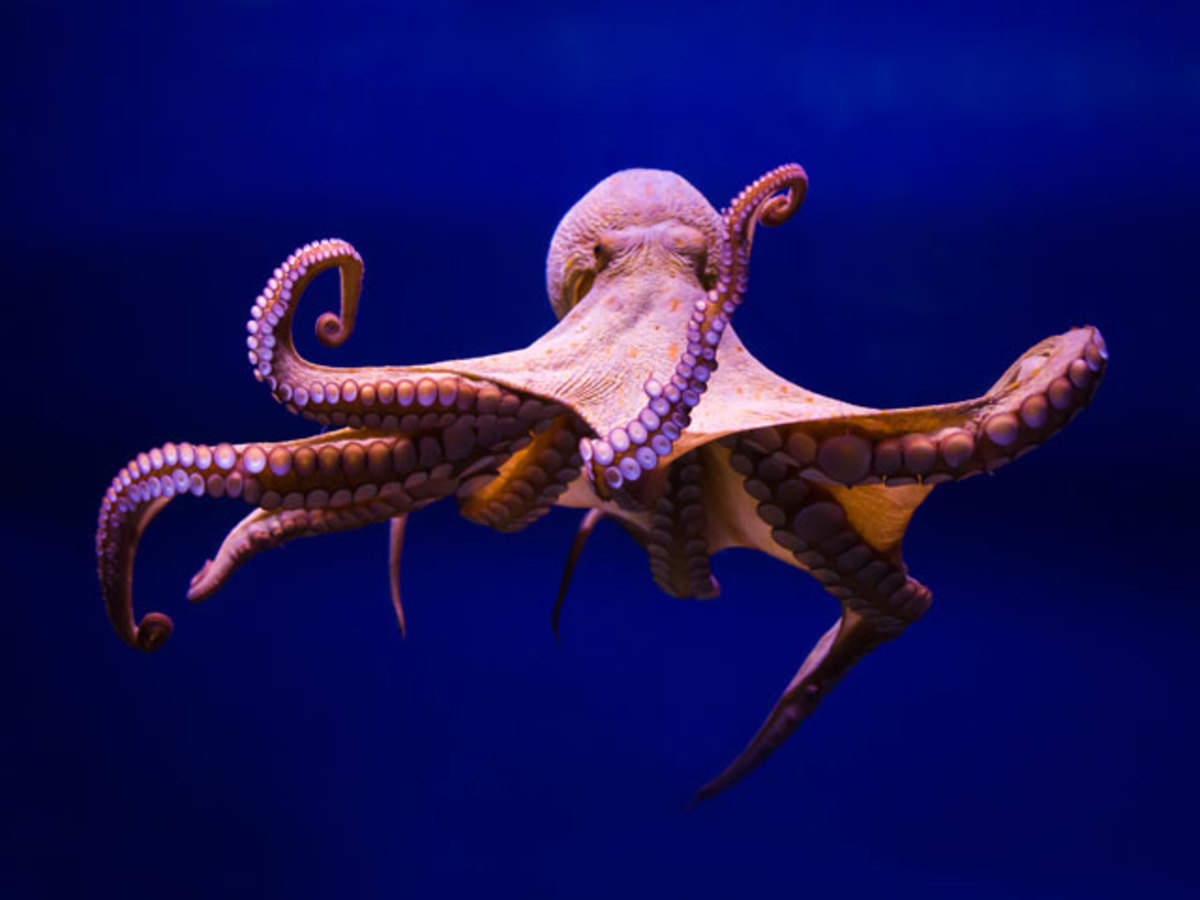 If I request you to close your eyes and imagine that an octopus is there in front of you, I am sure you would imagine a creature with an oval head, two extremely cute eyes, and eight tentacles. You are correct. You might see Hank the octopus from Finding Dory or Dave from the Penguins of Madagascar movie.

An octopus is a soft-bodied, eight-limbed mollusk. It is bilaterally symmetrical with two cute eyes, a beaked mouth which is located at the center of the eight limbs or commonly called tentacles. The soft body can alter the shape of the octopus’s body. This ability helps the octopus squeeze through small gaps. They trail their eight tentacles behind them as they swim.

An octopus is also extremely intelligent. This has been proved by testing them with a maze and puzzle-solving puzzles. It has also been proved that they have excellent short-term and long-term memory. Octopuses can be quickly trained to differentiate shapes and patterns. They have leisure time by playing. It has been observed that they repeatedly release water bottles and toys in circular paths and catch. They practice observational learning.

Octopuses have the ability to camouflage. They camouflage while hunting or avoid being hunted (to hide from predators). They can do this as they have more chromatophores (cells that decide the colour of the skin). The colour change is used to warn or communicate with other octopuses. Octopuses can create confusing patterns with waves of dark coloration. It is known as “passing clouds”. The mantle can take a spiky appearance like algae.

Octopuses are of many species and the study of octopuses still continues. We yet don’t know everything about these creatures.