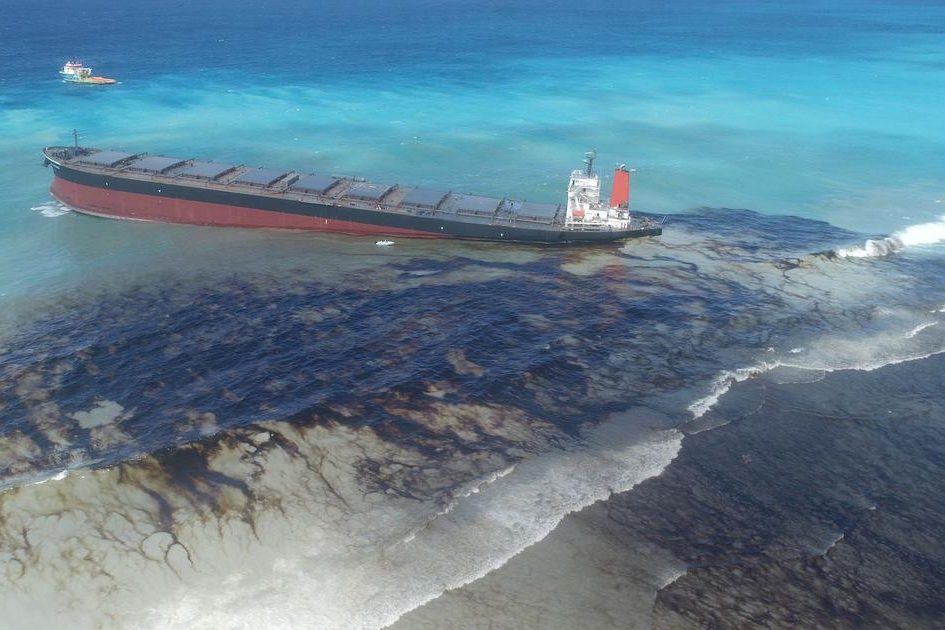 On 25th July 2020 the Japanese army bulk carrier, ship MV Wakashio was crossing the Indian ocean and leaked, spilling a large amount of fuel in the ocean. The ships nearly leaked and wasted about 1,000 tonnes of oil in the Indian ocean. This is one of the biggest oil spills the world has seen in the past and the damage caused by it is going to be huge and long-lasting. The Mauritius Islands are home to many fishes and there is rich biodiversity in the water. The oil spill has had a devastating impact on marine life. The water used to be sparkling blue before the spill but after the oil spill, it changed into jet black.

It is affecting marine life such as dolphins, seals etc. If this continues then the entire marine population will be wiped out affecting the fish-dependant human population!! If the ocean dies, then we all die. And friends we are approaching there fast. Let’s look at some past oil spills.

Oil spill in rivers, bays, and oceans is often caused by accidents involving tankers, barges, pipelines, refineries, drilling rigs, and storage facilities. The accidents could be caused by equipment damage or human mistakes.

Why is the Mauritius oil spill so serious and What are the effects of the Oil Spill?

It impacted around 200 miles of the French coast and it killed millions of invertebrates, such as molluscs and crustaceans. The spill also killed an estimated 20,000 birds and contaminated oyster beds in the region. It threatened the ecology of the coastline of Mauritius and the marine life in the Indian Ocean.

The viewpoint of the UNCTAD Organization-

As per UNCTAD, the spill is considered the worst in the history of Mauritius. It also said that the Mauritius oil spill is a tragic reminder of the environmental threats posed by maritime transport

Steps the Government has taken to prevent such outcomes-

The goal of federal regulations is to prevent oil spills. People who cause oil spills now must pay severe penalties, and the regulations also call for safer vessel design in the hopes of avoiding future spills.

In the end, I think that these oil spills can turn out to be very deadly, affecting our environment and the biodiversity of marine life. This comes along with the already horrifying COVID 19 Virus. We should try our best to overcome such terrifying disasters in the future. Also, we should be more careful when we plan to export and import oil from neighbouring countries and ensure safety of the tankers.

From the Department of Petroleum resources, we can uncover that marine life is decreasing over the past few years because of oil spills. In the statistics, you can see that the number of oil spills increased a lot in the years 2001-2003 affecting around 250,000 fish.

So, friends, we should always protect marine life and prevent such disasters that harm our world.