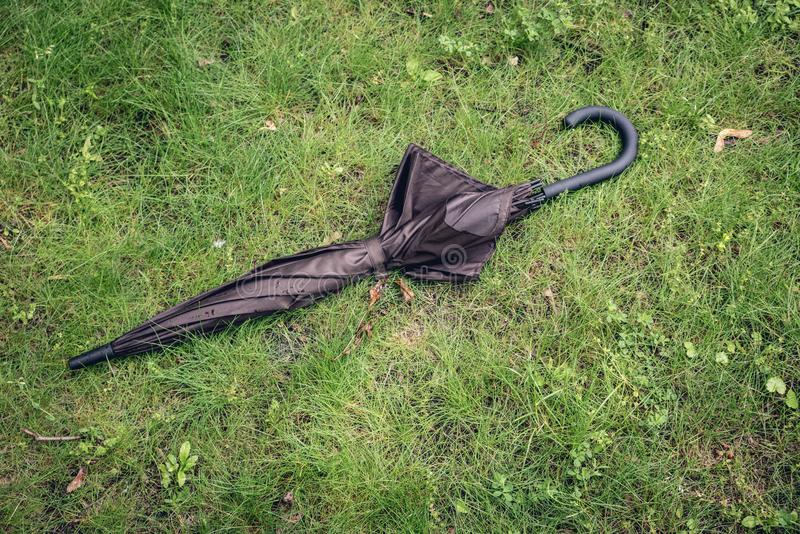 “Oh, no need to thank me. I had all this junk lying around at home. Besides, helping the needy makes me want to dance”. Mr Gonzalez did a lively yet rather ridiculous dance piece right there.

My best friend, Susan, and I looked at each other and tried not to laugh. We were collecting old household objects that were in a usable condition from our whole society. Then we were going to host a yard sale and hopefully sell everything we collected. Finally, we were going to donate all the money to charity. we were doing this because a few days ago a small yet strong experience touched my heart but we mustn’t dwell on that now.

At the next house, the only thing we got was a battered, antiquated umbrella with some weird and intricate carvings on the side. Too polite to say no to the loony, old lady who gave it to us, we accepted it but unanimously decided that it was not going to go on display.

The next few hours were a blur. The yard sale was tremendously successful. We sold everything (except for the umbrella, of course) We raised enough money for us to buy a second-hand car. We were very proud of ourselves.

Finally, when Susan and I were on our own we started inspecting the umbrella. It intrigued us. We tried to make sense of the ornate carvings. Eventually, we deciphered that there were letters. Not just random letters from the alphabet but only the letters o-p-r-a-h again and again.

“Oprah? ” asked Susan “what does that even mean? “

Suddenly something peculiar started happening. I felt as if a hook at the small of my back had suddenly jerked irresistibly forwards. My feet left the ground; I could feel Susan on my side, her shoulder banging into mine. I wanted to scream but no sound came out. We were speeding forward in a huge gust of wind and swirling colour. My hand was stuck to the umbrella as though it was pulling me magnetically onwards and then…

My feet banged onto a hot yet soft object. I felt a searing pain in my legs. Involuntarily, I jumped off.

I got to my feet and helped Susan up. We took in our surroundings. We were standing on a humongous stretch of pale blue. Almost completely of the ground, there were little tufts of soft,  white pieces. Then, there was the sky; it was a luscious green, rather like green plaid.

Out of the blue, Susan reached a rather peculiar conclusion. Thinking aloud, she wondered “What if these white pillows are clouds, and we are standing on the sky, looking towards land…we are upside down Pari, defying gravity”

Suddenly, everything seemed scarier. How the clouds were so huge they could strangle us in a matter of seconds. How we were magically transported to a completely different land. How we were upside down. How we might never be able to get back home.

Unknowingly, I reached for a bit of the cloud. I was curious to see how it felt from the inside. A voice stopped me. “I don’t think that’s a great idea. You might get burnt. It’s really hot in there.”

I turned to see the person talking. He was a muscular man wearing bright red pants with a feathered yellow shirt. He had masses of hair and his moustache was almost as long as him. His shoes were pointed and long. He introduced himself as Giant Loki, even though he was shorter than most humans. Susan was about to say something but with a glance at my eyes, she abruptly stopped. I silently willed that Susan wouldn’t point out his height. According to all my storybooks, short giants were sensitive about their height.

Loki guided us to his palace. He said we were just in time for a feast that was going to take place at night. Laughing at our luck, we accepted his generosity and made ourselves comfortable in his palace. In the evening we were roaming around when we reach the kitchen. The cook was very sweet. She gave us some wonderful food that triggered nostalgia and reminded us of home.

Soon, she fell asleep with the cookbook in her hands. Susan, always one for mischief, took the cookbook and started skimming through it. Suddenly, she covered her mouth in shock. Motioning to me to keep quiet, she showed me the recipe the cook had been reading. It was a recipe on humans, and how to cook them. Loki was up to no good. He planned to eat us up! Bewildered, Susan and I ran away. We traced the path we had used to reach the looming palace and found ourselves back where we were when we first reached here. Lying on the side was the source of our problems; the umbrella of doom. Susan moved forward in an attempt to tear it apart when I stopped her. I had had a sudden brainwave. If we were here in opposite land where clouds were called sduolc, the sky was yks, clouds had fire inside them, giants were short, and the ground was the sky, maybe all we had to do was reverse the word we used to get here.

We opened the umbrella, hoping for the best, and together screamed Harpo, the palindrome of Oprah. To our pleasant surprise, we experienced a familiar sensation. My back jerked forward, we left the ground and started speeding forwards. When my feet reached the floor, I found myself back on Earth. I had never felt happier to be there. After all, there is no place like home.