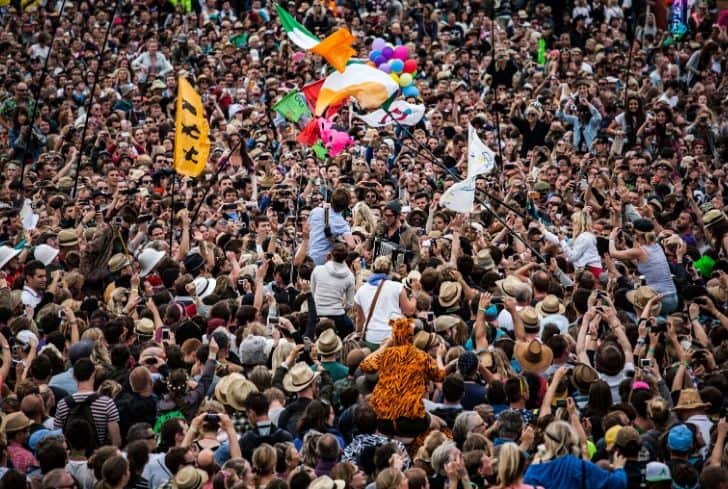 The Earth has a finite number of resources available and the increase of human population is putting a strain on these resources. According to me, with constant growth in population, the world and its balance will be destroyed. Overpopulation will result in not enough resources for people. The delegation and division of resources will need to happen which will lead to giving priority to the powerful. The ones who aren’t deemed important enough contribute to the growing problem of starvation. With more people, the demand for resources will increase. The current markets in place will not be able to supply this and trying to supply this will lead to more air, water, and land pollution.

The population has only been increasing and an influx of people were born in the years of 1950-2000 where the total world population increased from around 2.5 to 5 billion people in a matter of only 50 years. In the next 20 years the population increased by around 2.8 billion people. The influx of people also leads to many advantages in the densely populated areas. More people would mean more economic activity for the region and that would mean more economic growth. As the birth rates increase, the money spent on products such as food, education, and clothing also increases. People tend to buy bigger houses with better amenities and pay accordingly for these amenities. However, with these increases in economic growth, there is inequality. The wealth gap is increasing. In a nation like India, as the population increased, so did the wealth gap. Although there is a diversity of jobs present, there are also people living in slums with a lack of proper sanitation, housing, food, and safe water. The financial capital of India, a megacity, Mumbai has tall buildings and presents many job opportunities for those migrating from rural areas. However, Mumbai itself is home to the largest slum in all of Asia, Dharavi.

The growth of people offers new jobs to the many people that travel to urban areas. As the working force increases with the population, the income and tax revenues increase. With this increase, property values increase and residents are given better amenities in their residential areas. However, as the labor force increases, there is pressure on land. There is an influx of people all over the world but these people concentrate in urban areas for a better quality of life. However, with this quality of life, the rural areas are left undeveloped. This underdevelopment of rural areas leads to an increase in illiteracy in those areas. Their quality of life is reduced and they are deprived of their basic essential needs. The overall quality of life even in urban areas reduces due to the influx of people. The resources are put under a strain as well. People travel to urban areas for the accessibility of the city, the availability of resources, and an overall easy lifestyle. Due to these reasons even in the most populated country in the world, China, there is not a balance between the number of people per area. The major cities hold most of the concentration of people and are densely populated. While most of the other country is sparsely populated due to its harsh weather climates. This unbalanced population within a country and their uncontrollable growing population lead the Chinese government to make hard decisions. One of them being the One-child policy, where one family was only allowed to have one child so that the population growth could be controlled to an extent.

To conclude an increase in population does give people a better quality of life, allows the country to flourish economically and allows for diversity in job opportunities present. However, the disadvantages outweigh the advantages. An increase in population would also mean that there will be a strain of resources present. The defendant ratio would increase and the mass production of products due to the large demand would lead to more air, water, and land pollution which would contribute to the quality of life.