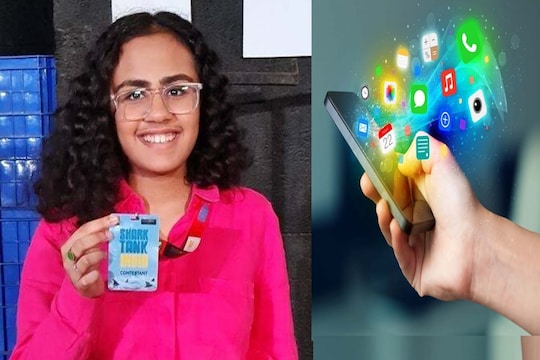 Shark Tank is a platform where competitors come asking for an investment in their ideas. A group of seven investors who are called Sharks, decide in whom they want to invest and which idea will turn into a big business. The motivation behind Shark Tank is for people to turn their ideas into a successful business. The participants of Shark Tank are passionate people who want to create and make a change in the world. The investors on the other hand are successful businessmen and women who have the money to make ideas grow into businesses. Anushka Jolly is a thirteen-year-old bright girl, who studies at Pathways School. She went to Shark Tank to get funding for her anti-bullying app, Kavaach. Her application allows students and parents to anonymously report bullying incidents, which enables the school’s authorities to take appropriate measures. Her anti-bullying quad has already positively impacted over 2000 students from 100 schools and universities. She has managed to garner support from educational institutes, social organisations and field experts for the same. She has been running this for the last three years. Her aim is to spread awareness and control incidents of bullying, which can leave kids scarred and desolated.

She is a motivation because at such a young age she managed to get 50 lakh funding from Anupam Mittal (founder of People group and Shaadi.com) and Aman Gupta (founder of boAt). She is different from others as she is very young, and is creating an app which is fighting for a social cause. Due to this, she earned the trust of the Sharks that her app will be successful. There are hundreds and thousands of bullying cases per day and this app will help reduce them. Her motivation was her experience, she explains that she had experienced bullying twice and also had seen others bully people younger than them. She wanted to make a platform where people could report bullying scenarios and get them solved.

Since Shark Tank India is a platform where people can get funding for their ideas, she went to try her luck. She grabbed the chance that she got to turn a good idea into a business. She did not hesitate because she knew what she wanted to do. Since she got the funding she has become a child icon for many. What she has done shows that if you have passion and inspiration and the thirst to do what you want you can achieve it. If you are determined to achieve what you want and grab the chances that you get to do it, you can do it. She shows that no matter what age you are at, a good idea if recognised, can become a bigger plan, no matter how small the idea is.