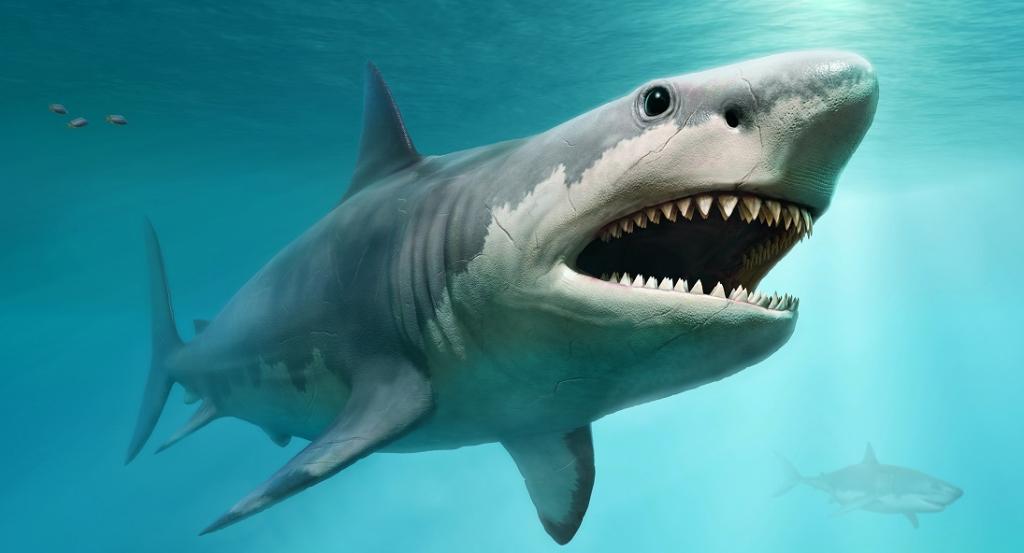 Sharks have a cartilaginous skeleton.  The endoskeleton is made of unmineralized hyaline cartilage. Hyaline cartilage is more flexible and less dense than bone thus they expel less energy at high velocities.

Sharks have a covering of dermal denticles in place of scales. This helps in improving fluid dynamics. It also protects them from parasites and damage. The denticles are V in shape and are made of collagen fibres. The denticles enable the shark to move quietly, effortlessly and swiftly. The skin of the shark is rough and abrasive like sandpaper on land. While the shark is swimming it’s flexible bias is angled at 45 degrees to allow lateral bending.

The teeth of sharks are strong because they are made of enamel. They have 3 rows of teeth. These teeth are embedded in the gums and not in the jaws. Sharks are born with teeth that replace themselves in approximately 2 weeks. The teeth are differently shaped in different species. The shape of the teeth determines the diet of the shark. Flat teeth are used to crush shellfish, pointed teeth help to eat fish while notoriously pointed teeth are used to eat large prey.

Sharks have a combination of colours on their body which results in camouflage called countershading or the technical term for the technique is Thayer’s Law. In this, the upper part of the body is darker than the lower body. This prevents visual detection from predators. Countershading is achieved by some sharks by bioluminescence. The sharks who exhibit bioluminescence migrate vertically. The arrangement of light-producing organs called photophores provides ventral countershading.

It is a common belief that all sharks are dangerous and there are high chances of you getting bitten are 1 to 2.25 million. Most of the sharks don’t bite intentionally but out of curiosity. 4 out of 470 species have been involved in major unprovoked, fatal attacks. These are the Great White Shark, Oceanic Whitetip Shark, Tiger Shark and Bull Sharks. These sharks are large and powerful predators, still, they have been filmed without safety cages and protection.

Sharks are not only in oceans but are ingrained in our culture in many ways. If we switch on our television and put on cartoons we might see sharks in many of them. Some of them are Tom and Jerry, Oggy and the Cockroaches, and Spongebob Squarepants. Sharks have appeared in our favourite films as well, for example, Batman, Finding Nemo, Finding Dory, Pirates of Caribbean movies, Penguins of Madagascar 2: Escape to Africa, and the most obvious one being The Meg.

Shark’s existence is threatened, this could result in an ecological imbalance as sharks are an irreplaceable part of our world which maintain a balance in nature.  There are many threats to sharks. Fishery, shark culling, habitat alteration, damage and loss of coastal development, the impact of fisheries on seabeds, pollution and prey species are some of the threats. Governments of many countries and unions have made hunting and killing sharks illegal. Many environmentalists and conservationists try to safeguard as many sharks as possible.

Featured Image Courtesy – Down to Earth