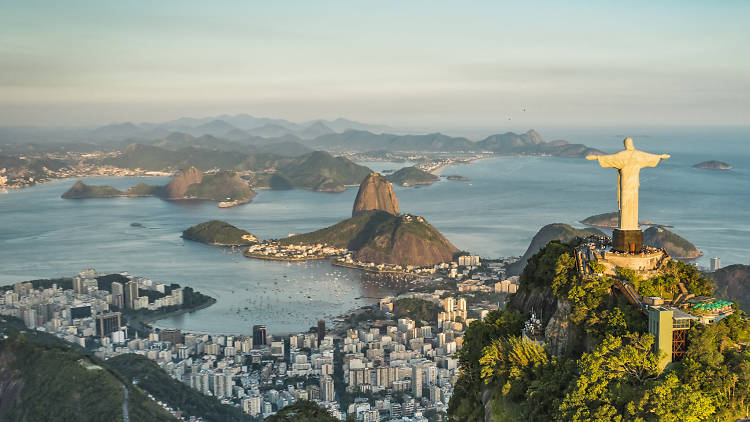 A continent with jungles with exotic animals roaming free. Jungles filled with sounds of gushing waterfalls, chittering animals and countries with people going about their day. A continent discovered by Christopher Columbus in 1498.

Before it was found, South America was the home of the Inca empire. It had marvellous, breathtaking views, vast cities and roads. Everything was built by its citizens.

This is the fourth largest continent in the world. It is surrounded by the Caribbean Sea and the Atlantic Ocean, along with the Pacific Ocean. The Isthmus of Panama connects it to Central America.

There are 12 countries in this continent, out of which Brazil is the largest. The population is spread unevenly among countries, as the geographic conditions of mountains, rugged terrains, dark and dense forests, dry desserts, and so on, do not go well with settlements. But many parts of it, also have favourable conditions and rich and fertile land.

The first one is the Western mountains of the Andes. They stretch from the Caribbean Sea to Cape Horn. They are the second largest mountain range in the world. They are so high, that despite their location near the equator they are covered in snow.

The next part is the Central Lowlands. They sit between the Eastern Highlands and the Andes Mountains. They occupy more than half of the entire continent of South America. The Patagonia Plateau is located in the central plains, which is used for cattle grazing. Rivers are the most important physical features of this location. One of the rivers, is the Orinoco river basin. Another is the Amazon river basin. The third important river is the La Plata river.

The third part is the Eastern Highlands which go up and down towards the central plains. They are made up of three parts, Guiana highlands, Brazilian Highlands and the Patagonian Plateau. The Guiana Highlands are residual mountains.

Finally, we have the Western Coastal Strip. The Patagonian Desert slopes onto the strip. It is the world’s largest desert. The Atacama Desert also lies there. It is a hot desert which only receives one millimetre of rainfall per year, and many parts of it have never received rain in recorded history. The Western Coastal Strip also has several humongous fiords.

South America also has a few islands like the Galapagos islands with some of the rarest animals and plants which are critically endangered or even extinct, like the giant tortoise or the Galapagos penguins. Another island is Cape Horn which is super rocky.

South America is a beautiful continent, with diverse flora and fauna. It has several different physical features and landscapes, all as important as the other, to make it the beautiful country it is.