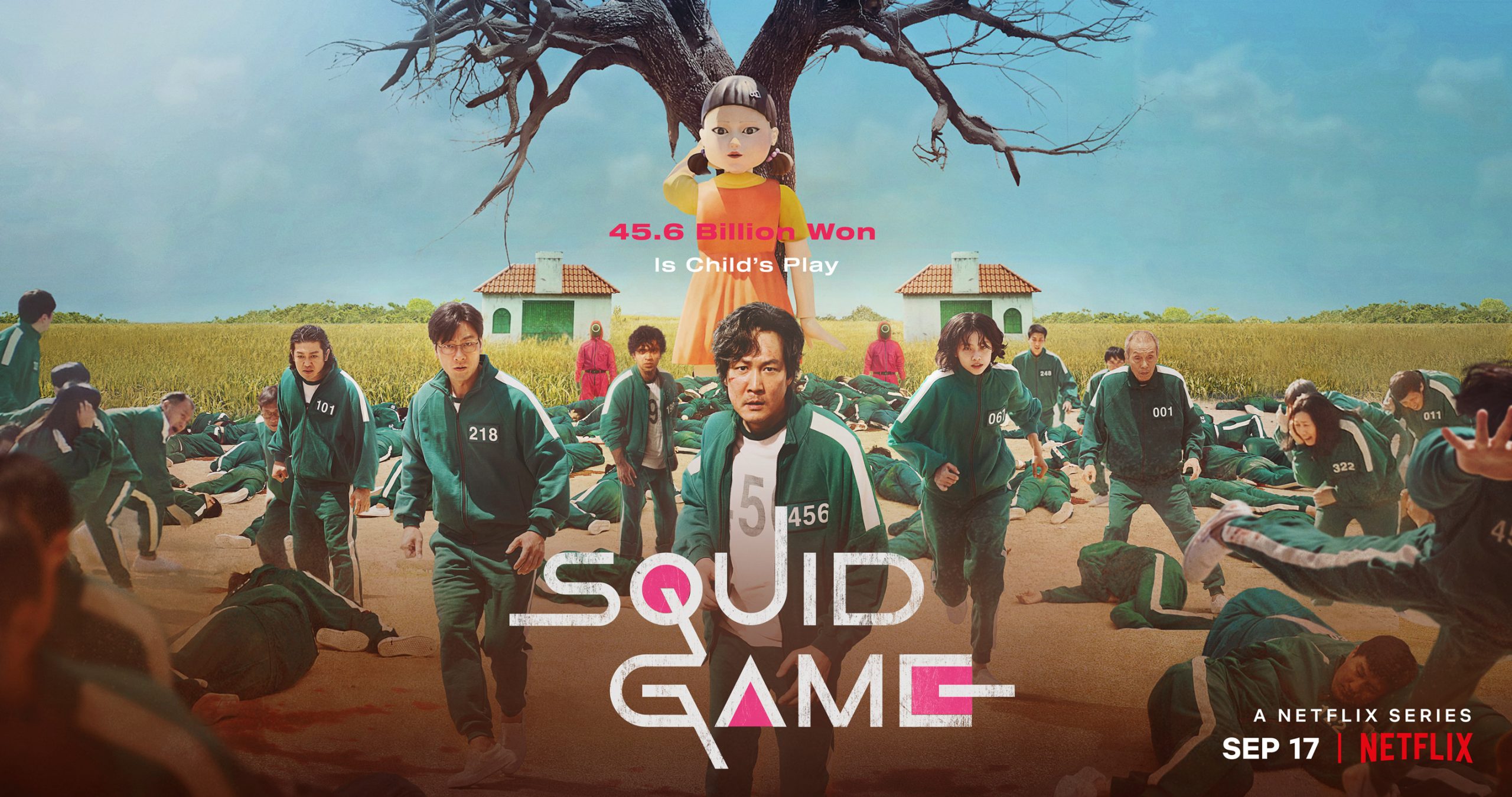 Debuting on 17th September on Netflix, the Korean drama-action series, Squid Game has gained worldwide popularity and has become an instant sensation, rising rapidly to the most viewed series on Netflix.

The series revolves around a group of players, each one of them heavily in debt who participate in a series of children’s games in order to win money. It seems easy, though as our characters find out soon enough, losing a game or failing to complete a task means death.

Though the show targets a global audience, young viewers are especially drawn to it. The concept of ‘debt’ is relatable to many people, which is one of the reasons why Squid Game has become so popular. Incorporating children’s games into the storyline has made the plotline of the series much easier to relate to as well as follow, despite being Korean. Apart from these, the series’ virtual effects seem to attract many people.

Even though, similar movies (The Hunger Games and Battle Royale) have been made previously, what is it that sets Squid Game apart? Squid Game, unlike other movies or series, besides being entertaining, in a way also represents our society – the discrimination and the ever-widening gulf between the rich and poor. It criticizes the competition-obsessed, rich-based society where the rich are given privileges Apart from that, Squid Game, in a way, has also captured modern-day capitalism.

Squid Game has rapidly risen to Netflix’s top 10 weekly most-watched TV show charts globally and reached No. 1 in 90 countries. The show has been No. 1 in the U.S since 21st September. It seems to be the biggest show on Netflix, generating about $891.1 million. The series has been dubbed in 34 languages and Netflix has also created subtitles for Squid Game in 37 languages, which has helped in gaining such a large audience. The Korean drama series has also managed to surpass other series such as Stranger Things, Money Heist and Bridgerton, with about 111 million views in less than a month after its premiere.

The series is not only well-made with each episode revealing a shocking twist and breath-taking cliff-hangers but also features a great cast.

Squid Game has also created an influence on fashion, where the green tracksuits and white Vans are worn by the contestants have already become popular. Vans has seen a 7800% increase in sales after the show’s release. Even the red boiler suits from the series have become a fashion item. Apart from that, language apps such as Duolingo have seen a 76% and 40% increase in British and Americans respectively to learn Korean.

Squid Game has enraptured its viewers and though Netflix hasn’t made any formal announcements regarding Season 2 of Squid Game, the series’ ending has fans hoping for the story to continue and the launch of another season.