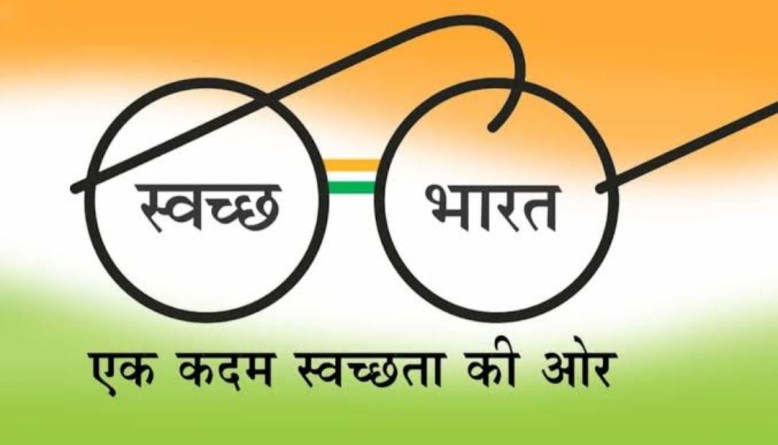 Shri Narendra Modi (Prime Minister of India) launched Swachh Bharat Abhiyan on 2 October, 2014, the 150th birth anniversary of Mahatma Gandhi. In order to spread awareness Mahatma Gandhi’s spectacles were used as a symbol. Swachh was written in first glass of spectacles and Bharat was written in the second. Both the words were written in Hindi. The Indian tricolour was used in the middle of the glasses of the spectacles. “One step towards cleanliness” was written below the glasses.

www.swachhbharat.mygov.in, is a website made by the government of India to spread awareness of this movement. Swachh Bharat mission claims to have achieved 100% coverage of ownership of latrines. This is a big news and happiness for Indians at that time.

Prime minister Narendra Modi took names of nine people who are achievers in different walks of life for Swachh Bharat mission to spread awareness and motivate people towards this cause. These nine people are called navratanas. The nine people are:

Mahatma Gandhiji once said so long you do not take the broom and bucket in your hands you cannot make your town and cities clean.

There was a survey conducted by Government of India to see which city did best in cleanliness.

The mission of Swachh Bharat Abhiyan is to achieve a clean and open defecation free India by 2nd  October, 2019.

I always believe that “Clean and healthy people can make a wealthy country”.