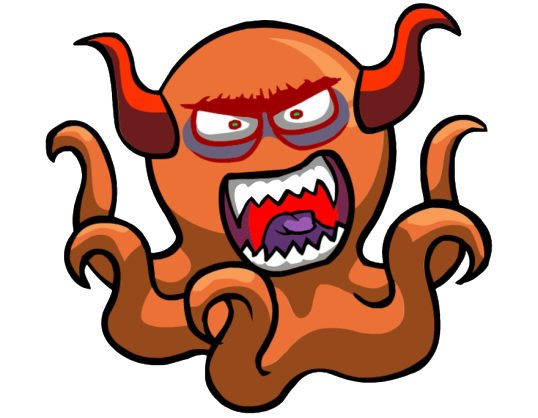 Once there was a boy. He lived in a brick house, on a black street, in a boring city. However, this boy was not a boring boy who lived in a boring house on a boring street in a boring city. He was extra-ordinary. His name is Andy. That SOUNDS like an ordinary name though. Right? Um… Do I have the right child? Oh. I do. Then YOU will have to deal with it. Anyways, let’s continue. So one morning, when he woke up, he saw a tiny little bag. It had no name or note from whoever left it. So Andy picked it up. It was surprisingly, heavy. He looked inside. There was a note. Turns out there was a note after all. It said ‘’come to the bins, 2:40 pm. It had no name on the note. Not even on the back. It was only a few minutes away until 2:40 pm. Andy always woke up late in the holidays. Sometimes even up to 3:34 pm. So he got dressed and left. The bins were not stinky today, maybe someone cleared/cleaned it out.

When Andy was there, there was nobody there. Just when Andy was about to even set another foot on the ground, someone or something grabbed him by the ear.

“AAAAAARRRRGGGGHHHHHHHHHHHHHHHH’’ he screamed. In pain, not in terror. Well, MAYBE a bit of terror. OK, I am getting distracted now. It was the speed of LIGHTNING the way that…thing grabbed him. Andy tried to see who or what grabbed him. Andy was horrified. IT WAS A BLOB. That does not sound so scary. A BLOB WITH CROOKED TEETH! That does it. So, this blob who- I mean this blob with crooked teeth, was bringing him to a building. This was not a normal building. It was an abandoned, rundown and burnt place. It had been standing there for centuries, and Andy had always wondered what was in there. I guess this was Andy’s (sort of) lucky day.

When Andy got back, he was in some sort of trance.

That horrific blob with crooked teeth had hypnotized him! Whenever someone said omelette, he went into a chicken position and started clucking. When someone said snake he went into a snake position and would slither around saying, ‘’Hiss hiss, hiss.’’ But Andy was smart. The only body would control him. The blob with crooked teeth did not know that. It thought that it was hypnotized completely. So when the blob with crooked teeth wrote down the work to break the trance, Andy had a glance over to it. “ UNICORNS AND RAINBOWS” Andy shouted, which broke the trance. It was quite odd saying that. He never really liked unicorns, but he did sort of like rainbows. As quick as he could, Andy ran away. The blob with crooked teeth ran after him. Luckily, the blob did not have his umbrella, so he started to melt. WAIT for WHAT! AN UMBRELLA? Ok never mind. But that was the end of the blob. Andy got home and finally got to have breakfast. WAIT AT THIS TIM-