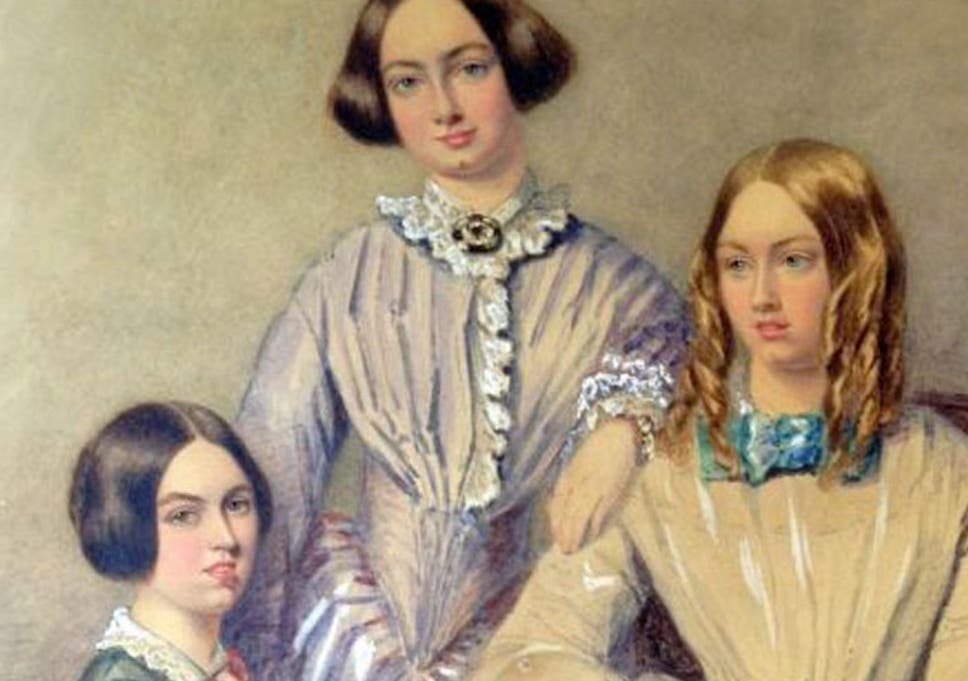 The greatest literary family of the nineteenth century, the Bronte family was a literary phenomenon unequalled till date chiefly known for the ardour, vehemence and spirituality in their works. They had always kept the fire of writing burning in them which aided them to rise into prominence among other distinguished and eminent authors of their era.

Charlotte, the eldest sister came to the world on 21 April 1816, Emily on 30 July 1818 and Anne on 17 January 1820 all born and bred in Thornton, Yorkshire. Their father, Patrick was an Anglican clergyman who was later appointed as the rector major of the village of Haworth, on the Yorkshire moors. After the death of their mother in 1821, their aunt Elizabeth came to look after the family. They had two sisters, both of whom died at a very early age and a brother Branwell. Thus, they were raised in profound isolation which somehow influenced their writing to the fullest.

The Bronte sisters were women of their class and time – educated, impoverished and destined to spinsterhood – although with a twist. The springtime of their life was sui generis. Motherless since they were very young, the Bronte’s enjoyed the benign neglect of their busy father and made the most of their freedom to develop elaborate fantasy worlds. They read everything they could – from gypsies to dolphins and from dragons to wonderlands, spent long afternoons on the moor at the back door; invented exotic kingdoms with voluminous and prodigious histories and political intrigues; put on plays that were both enchanting and mesmerizing and sewed novels and poems into miniature books written in script so tiny that no adult in the household could decipher them.

Like many other contemporary female writers, they initially published their poems and novels under male pseudonyms and sobriquets like Currer, Ellis and Acton Bell. Their stories attracted the masses to a tremendous extent due to their passion, authenticity and originality.

The sisters studied in Cowan Bridge School and later in Miss Wooler’s School. Charlotte and Emily had also gone to Brussels to pursue their education.  Emily returned to England, but Charlotte stayed despite her loneliness and entered the tutelage of Constantin Héger, who helped her develop her literary skill and the understanding of herself vital to the creation of her novels. Their Father engaged John Bradley as drawing master for the children who managed to foster Branwell’s enthusiasm and spirit for art and architecture which led him to be the renowned artist we know today. However, they kept on working on their passion. Anne’s ‘Agnes Grey’ was accepted for publication but Charlotte’s ‘The Professor’ failed to find a publisher.

As they grew up, their aunt died too. Now, since their ageing father occupied his parsonage on the sufferance of a quarrelsome congregation, they lacked security and were compelled to find a profession. This could only mean, for the Bronte’s becoming governesses or teachers of the children of the gentry.

Charlotte’s first teaching job lasted three years which soon led to her doom. Next, she and Anne started governessing but she soon realized that she had been reduced to a glorified nanny. Emily worked briefly as a teacher in a girl’s school but she could not continue the job for a long time. She told her pupils she preferred the school dog to them.

From 1833, their tales began to feature Byronic heroes who have a passionate spirit and demonstrate arrogance and black – heartedness. This is obvious in the characters of Heathcliff in Wuthering Heights and Mr. Rochester in Jane Eyre, who display the traits of a Byronic hero. In their novels, the Bronte sisters explore elements of human nature. Emily explores the darkness present in human nature in Wuthering Heights. The primary example of this can be seen in the influence Heathcliff has on the other characters. His darkness and desire for revenge cause a chain reaction, sucking the other characters into his self-destructive spiral. While Emily explores the darkness present in all humans, Charlotte provides a more tempered view. She shows how darkness can come unintentionally from one’s experience and is utilized because there seems to be no other way. The character she uses to explore this, Mr. Rochester, is not purposely cruel or seeking revenge like Heathcliff, but rather is reacting to his experiences and is trying to find happiness. Their imagination was also influenced by John Milton’s Paradise Lost and John Martin’s artistic brilliance.

Following the overwhelming success of Jane Eyre, Charlotte was pressured by George Smith, her publisher, to travel to London to meet her public. Despite the extreme timidity that paralysed her among strangers and made her almost incapable of expressing herself, Charlotte consented to be lionised, and in London was introduced to other great writers of the era, including Harriet Martineau and William Makepeace Thackeray, who both befriended her. Charlotte especially admired Thackeray, whose portrait, given to her by Smith, still hangs in the dining room at Haworth parsonage.

Anne Bronte’s ‘The Tenant of Wildfell Hall’, Charlotte Bronte’s Jane Eyre and Emily Bronte’sWuthering Heights have won lofty places in the pantheon and stirred romantic sensibilities of generations of readers.

Branwell died the year Wuthering heights was published, after a long period of consumption of alcohol and opium, and Emily is said to have caught a cold at his funeral, which led to tuberculosis, from which she also expired the same year. Her younger sister Anne also died five months later.

“Wuthering Heights” one of the greatest masterpieces of English Literature makes Emily the starring Bronte and the other two play supporting roles. The novel is now one of the most widely read Victorian classics and is immortalized in many ways. Emily had been completely unknown outside the family circle unlike her elder sister Charlotte, who would mix with friends outside. After Emily’s death, Charlotte was famed as a writer despite her best efforts to promote Emily’s novel and other works.

Following the deaths of her siblings, she wrote ‘Shirley’ and ‘Villette’ which received great appreciation from the people and encouraged the people to give girls this name. Maybe, none of her writings reached the depths of Emily’s masterpiece, nor providing the page-turning thrills of Anne’s two popular books, but one could get a sense of her hard work and dedication by viewing the beautiful and vivid descriptions of landscapes and characters, an area of literature in which she championed. She was undoubtedly not a naturally gifted writer but her persistence and sincerity led her to success.

In 1854, Charlotte married Arthur Bell Nicholls, a family friend whose middle name had likely inspired the sister’s pseudonyms. She died the next year, possibly due to a complication of pregnancy. She was already twenty pages into hr next novel Emma, which has been completed by the authors in recent years.  Thus Charlotte is even till this date admired more for her struggle than for her novels.

The Bronte’s show readers both the light and the dark present in human nature. They explore the balance needed through their characters, allowing readers to learn about their own nature through the experience of others The Bronte sisters had contributed enormously to the spiritually starving Victorian world. Poetry was the verity life. From their childhood, they had been composing verses and this fascination they had ingrained themselves remained with them throughout their lives, giving recognition and prosperity not only to their family but also to the world.

Here is one quote of each of the three sisters which are likely their best.

Originally Published in The Statesman