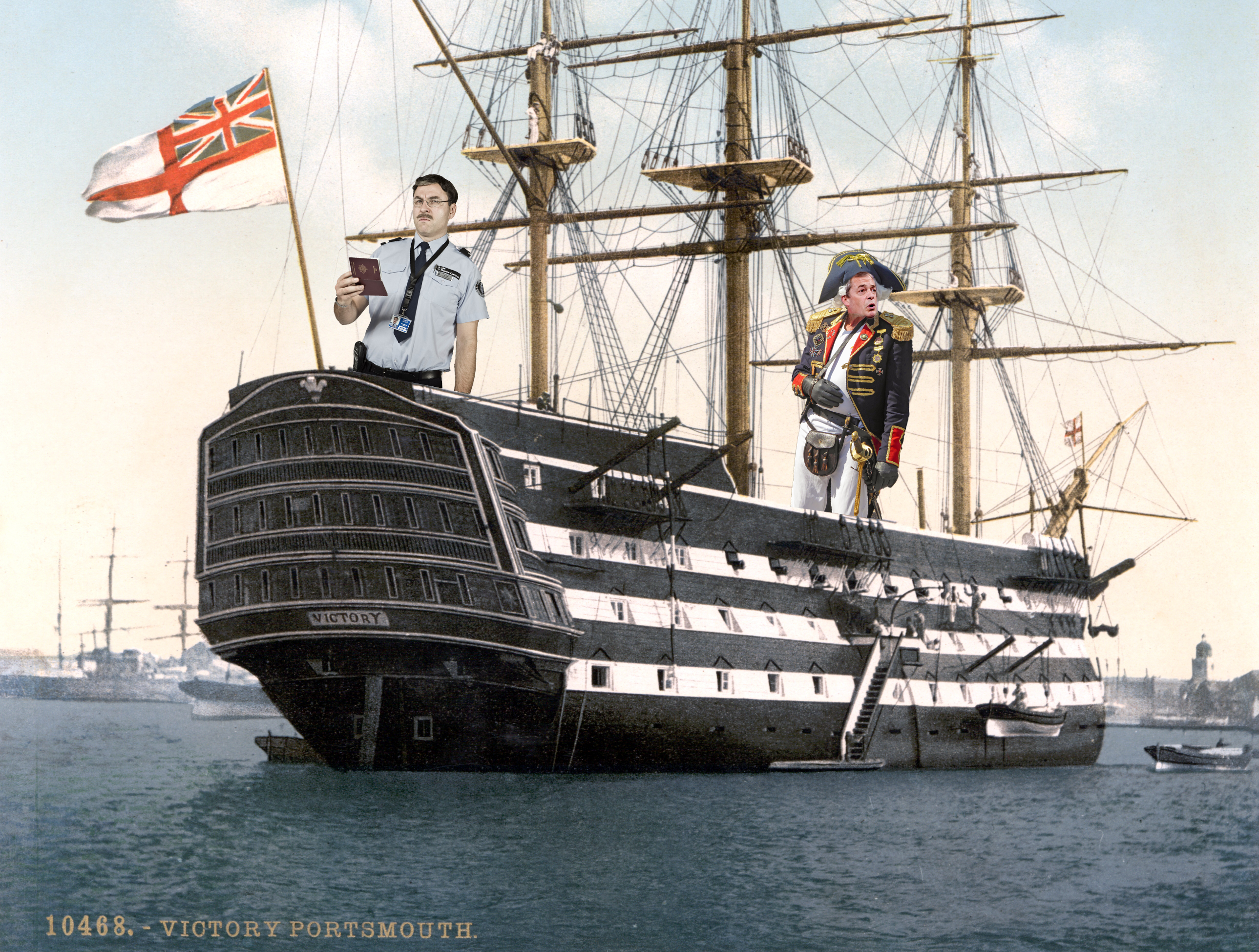 “We surrender, we surrender!”, cried the crew, waving white flags on the small French frigate ‘L’empereur’.  Our ship, the Victory, had taken the frigate by surprise and annihilated it.  We proudly strode onto the defeated ship, looting everything valuable. I was strolling around the deck of the French ship, when, out of the captain’s quarters, burst out a man, shouting in French.  In his hands, was a small painting.

From his extravagant attire, he appeared to be an officer.  After a second, I dashed at him just as he was going to throw the painting into the ocean.  “May God destroy your England!”-he screamed.  I grabbed the painting, subdued and arrested him. It was a painting of Napoleon, the new emperor of France.  I turned it over and saw, on the back of the frame, was something scribbled in French along with a rough map.  I asked the translator for help.  “Lieutenant, this says that on the eve of February, sparks will light up the English and the French will win the war, do you understand anything?”, he said to me, puzzled.

The next day, the captain called us all onto the deck.  “Men, the admiral has arrived at the harbour to visit us and see our spoils of war.  The ship must be sparkling.”  While supervising the crew, my eyes fell on the painting lying in a corner.  I picked it up and turned it around, and I noticed something I had not seen earlier.  A small flag was etched onto the frame, the Union Jack!

I rushed to the captain and requested a map of the harbour where the admiral’s ship was anchored and compared it with the map on the frame.  They were nearly the same! I informed the captain that there was going to be an attack on the admiral’s ship.  It was now a race against time.  All the sails were unfurled, trying to reach the harbour before February 1.  If we failed, there would be dire consequences.

Finally, after 3 long days, we came in sight of the harbour at Liverpool.  The admiral’s massive ship was lavishly decorated with gold and detailed statues.  The dock was a mess of activity.  It was near impossible to spot the assassin. I was sent to inform the admiral, who was still having breakfast, about the attack, when, on the pier, I saw a man holding a matchstick. I reached for my gun and just before he touched the ship, I shot him down.

At the jail, I questioned the assassin, who was nursing his injured arm, muttering curses under his breath.  “Why was the plan on a painting?”  He revealed that L’empereur was supposed to deliver the message to another French admiral so that he could attack the British fleet after a week, now handicapped after the admiral’s death.  The officer had tried to throw it away to prevent the plan from being discovered.

A great catastrophe had been averted!