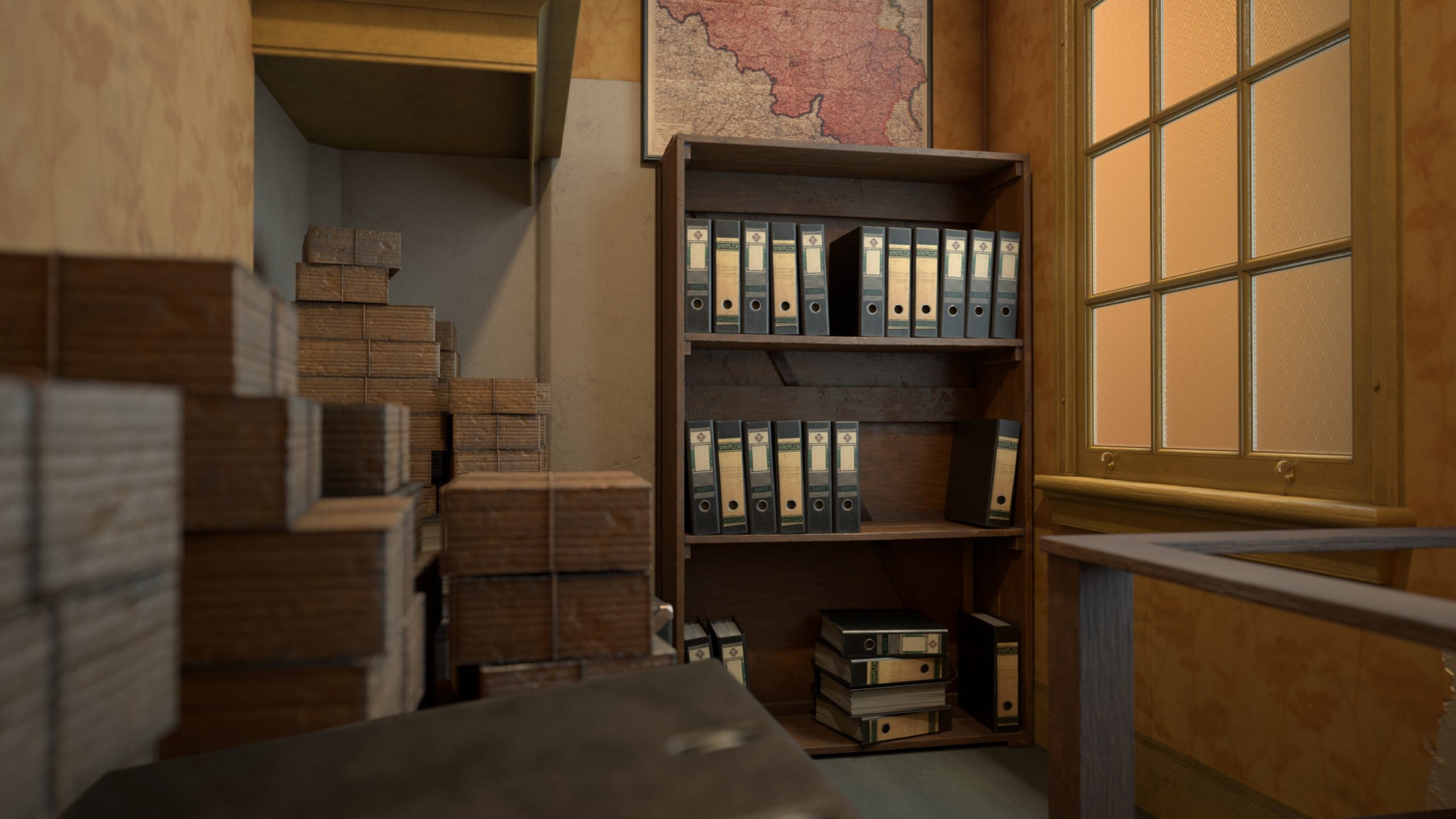 On May 31st 1944, Mr Kugler was in the washroom, Miep and her husband were in their homes and Bep was walking in a park. The Secret Annex was unguarded. A man named Joost Velde, who worked at the workshop, was exploring the building when he stumbled upon the bookshelf which hid 8 Jews.

Upon stumbling, he reached the Annex entrance. He entered the toilet and then he went to Anne and Dussel’s room. Anne, scared, shouted, “Someone is inside the Annex! It is a stranger!”. Otto, Edith and Margot, hearing Anne’s cries, shouted to the Van Pels. Everyone came to Anne’s room. “Hello! I am not here to harm you but who are you?” said Joost. Otto said “Then who are you?” Joost replied, “I am from the workshop…”. The 8 people pleaded with him not to tell the authorities, police, SS and Gestapo. Joost said “Sure! But, are you all Jews?” Otto gloomily said “Yes.” Joost replied, “I won’t report you. Poor things! You must have been petrified!” You have to hide from the Nazis, taking more and more risks each day and yet you are not discovered, well except for me. Everyone living in the Annex sighed in relief. The Secret Annex was pretty much safer than ever before.  At the end of the war, the Franks and Van Pels survived and Anne’s diary was eventually published by Anne’s will in 1947. She still survives today and so does Margot! Anne is nearing her 70’s, while Margot is past 70 and so is Peter! In retrospect, the children stated that they learnt a lot during their time in the Annex. The holocaust was indeed a horrible time as Anne stated, but we all are lucky not to be Jews during the Second World War.