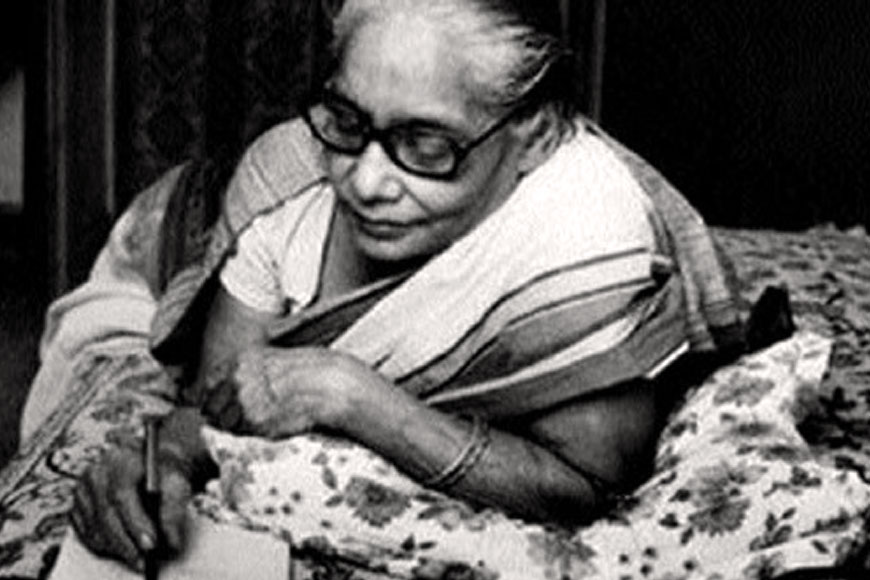 Ever heard of a lady who had never been to school yet was awarded the Padma Shri Award by the government of India – Ashapurna Devi, a prominent Indian novelist and poet. She hailed from an ultra-orthodox family of North Calcutta and lived a cloistered life, devoting herself to reading. Her paternal grandmother did not permit her to attend school since it would involve stepping out into the ‘big bad world’. Thus books were her doors and windows to the vast world that lay outside, often beckoning to her silently. By her sheer determination, the spirited woman surmounted her obstacles to emerge as an ardent feminist.

Ashapurna Devi was brought up in a joint family with a great dichotomy between male and female children. While the girls of the household were forced to remain unlettered, the boys were taught by private tutors. However little Asha was indomitable. Just like a weaver bird weaves its nest with one twig, very carefully, Ashapura Devi weaved her interests with words and tried her level best to learn a language without any formal education. She managed to learn the Bengali alphabet from her brothers reading. Since it was an ever-growing family there was a paucity of space in the ancestral house. Hence her family relocated to a more spacious accommodation. In the new environment, Asha got ample scope to read to her hearts’ content.

During leisure hours, she bought books and magazines from libraries and used to read them. Although she missed out on formal education yet Ashapurna educated herself enough for people to sit up and take notice in those politically turbulent times. The budding litterateur began dabbling in poetry. She secretly dispatched a poem captioned Bairer Dak to Sihu Sathi, a Bengali children’s magazine when she was 13. Not only did the poem get published but the editor also sent her a request to submit more literary pieces.

At age 15, Ashapurna married Kalidas Gupta whose family lived in Krishnanagar.  The young wife had to juggle household chores with her literary creativity. Initially, she wrote only for children. Her Chhoto Thakurdar Kashi Yatra was a hit in the genre of children’s literature. In 1936 she made her debut in adult fiction and in 1944, came Prem O Prayojan, her first adult novel. Through the entire gamut of her literary works, the focus is on gender bias and the sexist mindset of men. Her short stories, novels vividly portray the emergence of quintessential middle-class Bengali women.

Though some critics have downplayed the importance of her writing, calling her the “kitchen writer”, she never stopped writing and her confidence made her achieve a lot in life. For her significant contribution to the field of feminist literature, she was awarded the Jnanpith Award and the Padma Shri. She has been conferred D.Litt by the Jadavpur Burdwan and Jabalpur universities. She was awarded the Sahitya Akademi fellowship in 1994.

She has received many accolades for her contributions to Bengali literature like the Lila Prize from the University of Calcutta, Bhutan Mohini Dasi Gold Medal and Raindrop Memorial Prize.

During her lifetime, Ashapurna composed more than thirty novels, poetry, ten volumes of collected works, besides children’s fiction. She was the author of her own life who wrote her own destiny. An article on #FeminisminIndia states, ‘the Indian Postal department issued a stamp on her as a joint recipient of the Jnanpith award’. Even after coming into the limelight, she continued to lead a low profile life surrounded by loved ones. Her literary creations translated into several vernaculars remain part of the school curriculum.