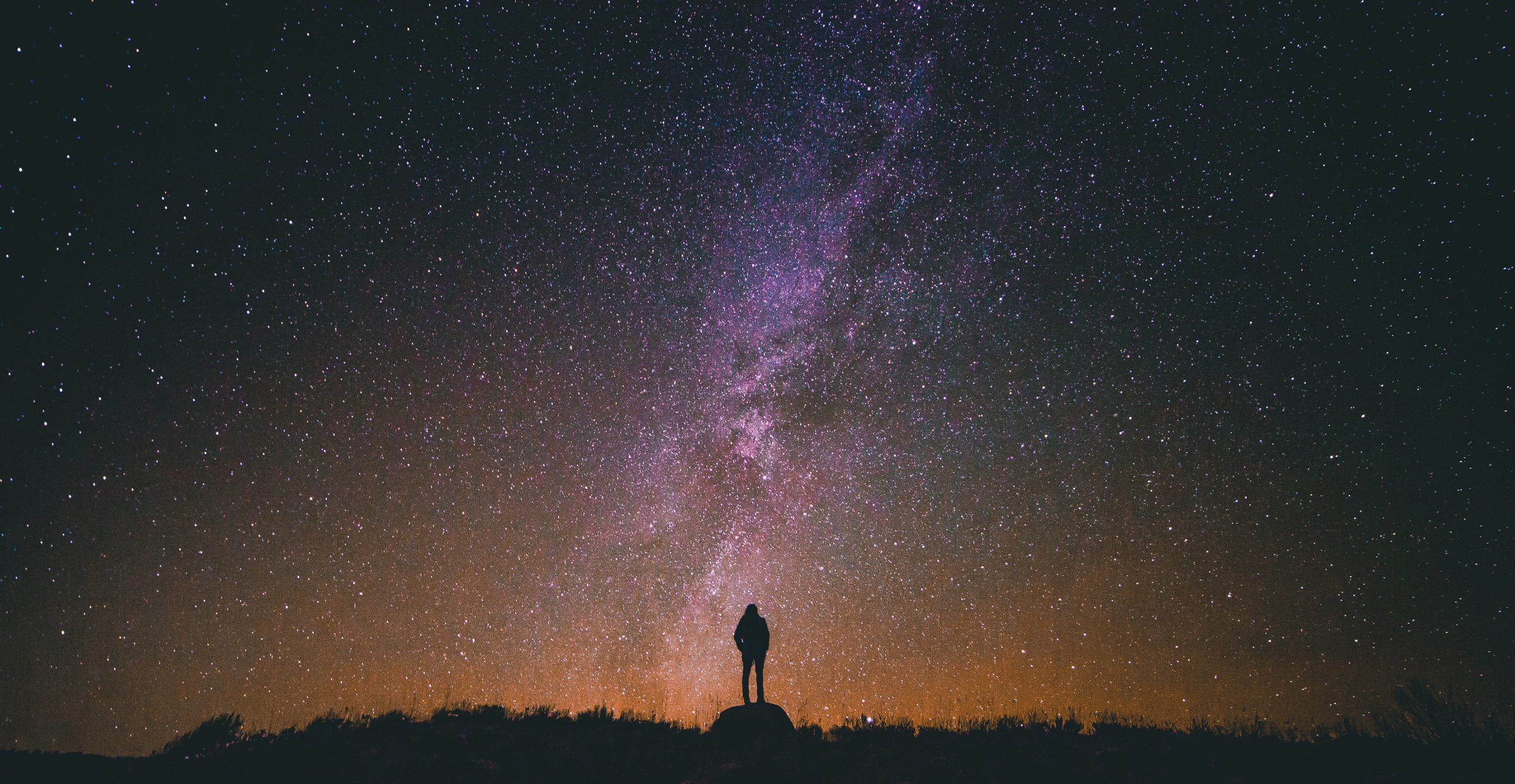 “The hush of the night sky is the silence of a graveyard.” – Ted Chiang, The Great Silence

There are more stars in the Universe than grains of sand in all the beaches on Earth combined. One out of every five stars has an earth-like planet, a planet in the Goldilocks Zone which is rocky and has liquid water. There are about 40 billion earth-like planets in the Milky Way galaxy alone, that have the potential for sustaining life as we know it.

The first habitable planets formed more than 10 billion years ago, and Earth is only 4 billion years old, so there has been an abundance of time for intelligent life to develop on the 40 billion planets. Shouldn’t the galaxy be teeming with life? But after all the years of searching, all we have received is silence and a dead night sky. Where is everybody? This is the Fermi Paradox.

Many ideas have been proposed in answer to the Fermi Paradox, and all of them seem to be equally terrifying.

The dark and empty night sky suggests that there is something preventing extraterrestrial life from becoming galactic civilizations because if they were able to occupy a major part of the galaxy, we would have found some evidence marking their presence. This is called the Great Filter. There is an obstacle that is extremely hard, an inevitable doom that has destroyed every civilization before it became galactic.

There are two future scenarios for us depending on whether the filter is ahead or behind us. If it is behind us, one of the steps that we took to reach this stage, was almost impossible to take. Is life itself very rare? Or is life common throughout the universe but becoming an intelligent civilization rare? The second scenario is that the Great Filter is ahead of us. There is a step probably some technology we will develop in the future that has become catastrophic for everybody else. Our odds of getting through it are negligible. If the filter is ahead of us, we are already leading towards our doom.

Perhaps aliens do not want to contact us in case we are more technologically advanced or unfriendly and therefore pose an existential risk. Another possibility is that the aliens are more advanced civilizations who consider us too primitive to bother communicating with – they might think of us as we think of bacteria.

Maybe the other forms of intelligent life are trying to communicate and mark their presence just like us but the technology they use to communicate is so radically different that we cannot recognize it for what is? Maybe they are in another galaxy, too far away?

And finally, maybe we are the only conscious beings out there, in all the vastness of the universe? We can never know for sure. But if that is the case, then it is our responsibility to keep the torch of life burning until the very end.