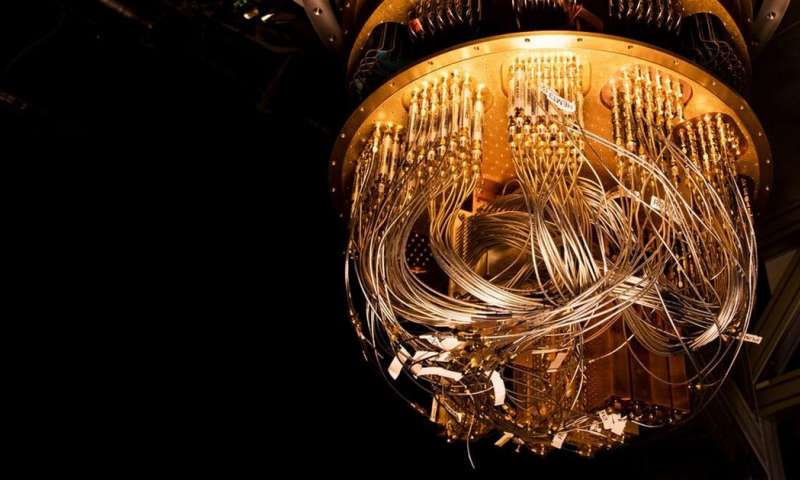 Quantum computing is the new future of information technology. Mighty and possibly revolutionary, these computers will be a force to reckon with within a few decades down the line. Google’s quantum computer, called ‘Sycamore’, was able to solve a specific problem in 200 seconds, while estimating a powerful supercomputer would take a jaw-dropping 10,000 years to perform the same task. Quantum computing is holding a promise of becoming the ‘Belle of the Ball’, taking digital computation and problem-solving capacities to a level we never would have thought possible.

All right. Enough with the majestic introduction. You probably must be thinking of something along the lines of: “Why does she just add ‘quantum’ in front of every word in the dictionary?” or “Does this mean I can finish my history project quicker, with this computer?”. Unfortunately, I don’t really have the best answers for those kinds of queries. But, I can give you an idea as to what these kinds of computers can do, how they work, and the promises they hold for the world in the future.

The computer we use in our day to day lives is a very average computer. It functions based on the binary system, using ‘bits’. Bits can exist as either 0’s or 1’s. There is a lot more certainty in regular bits, as we are very sure of the state of the bit (either 0 or 1).

However quantum computers have a slightly weirder unit of information. They use qubits (quantum bits). Other than the fact that I have yet again added the word ‘quantum’ in front of a regular dictionary word, there is something else that makes it different. The qubits can exist as a 0, and as a 1, at the same time. This phenomena is known as superposition, probably the most important concept in quantum computing too. In quantum physics, a particle, such as an electron, can exist in two different states or places at the same time. However, the catch is that, if a measurement is made on the particle, the wave function will collapse (it will return to a single state/place), and there will be no more superposition.

Because of this fragile nature of superposition, the qubits can’t interact with any other particle (which is technically what I meant by ‘measurement’ in the previous paragraph). If it does get disturbed, then the qubit, that was once existing as both 0 and 1 simultaneously, will return to either a 0 or a 1, just like a classic bit from a classical system. As you can see here, we cannot exactly tell which state (0 or 1) it will become if the wave-function collapses. This is because quantum computing, just like quantum physics, is purely based on probabilities. That is what made physicists skeptical about quantum physics in the first place – the lack of certainty. Yes, the risks of loosing the superposition are there. If the qubit interacts with something, it will collapse to either 0 or 1, making the quantum computer not so ‘quantum’, anymore. But if there is no disturbance, the system will evolve in a deterministic way and maintain its superposition. The ability to remain ‘quantum’ (by maintaining the superposition) over ‘classical’ is known as quantum coherence.

So, now you know how important it is not to make a measurement in superposition, and how it affects the qubit. Let’s discuss a bit about how we ensure that there is no disturbance in the quantum computer. So far, the best developed method of ensuring this is by using superconductors.

A superconductor is basically a special type of material through which a charge can move, without resistance, thereby it does not loose any energy. For example, in electricity cables, there is always some electrical energy lost to the surroundings in the form of thermal energy, as it travels through the cables. This is because of resistance. So, if you have no resistance, then there is no energy lost, hence you get 100% efficiency. But, what does this mean for the qubits? Well qubits are made out of superconductive material, such as aluminium under certain conditions, which makes sure there is no resistance. When the qubit moves without resistance, it means that these qubits won’t interact with anything in its surroundings, which means no ‘measurement’ made! Are you able to make the connections?

So why superconductors? What is so special? Superconductors will prevent the electrons from interacting with each other and other particles in the material.

Superconductors do this by pairing up electrons loosely, far enough that they don’t interact with each other, yet still held together by loose bond, preventing them from interacting with other particles. Hence all the electrons, forming a (what we call) electron superfluid, will move through the system without getting disturbed. So, the quantum coherence is not jeopardised. Mission accomplished.

The quantum computer is stored at temperatures near absolute zero (0 Kelvin/-273℃), which is almost as cold as the vacuum in space. This helps eliminate any possibilities of error in the system too.

Quantum computing mainly comes into play when we are faced with large and more complex problems, which regular computers, even supercomputers, don’t have the power to solve. Although quantum computers are mostly used by military for cryptography, scientists are trying to find ways to bring these computers to the masses. Research has only just begun, as the complexity of the algorithms as well as the built of the computer prove challenging. Currently the only quantum computers are owned by IBM, Google, D-Wave Systems, Toshiba, and a handful of other companies. There is still a very long way to go, but the first step is often the most important leap to innovation.