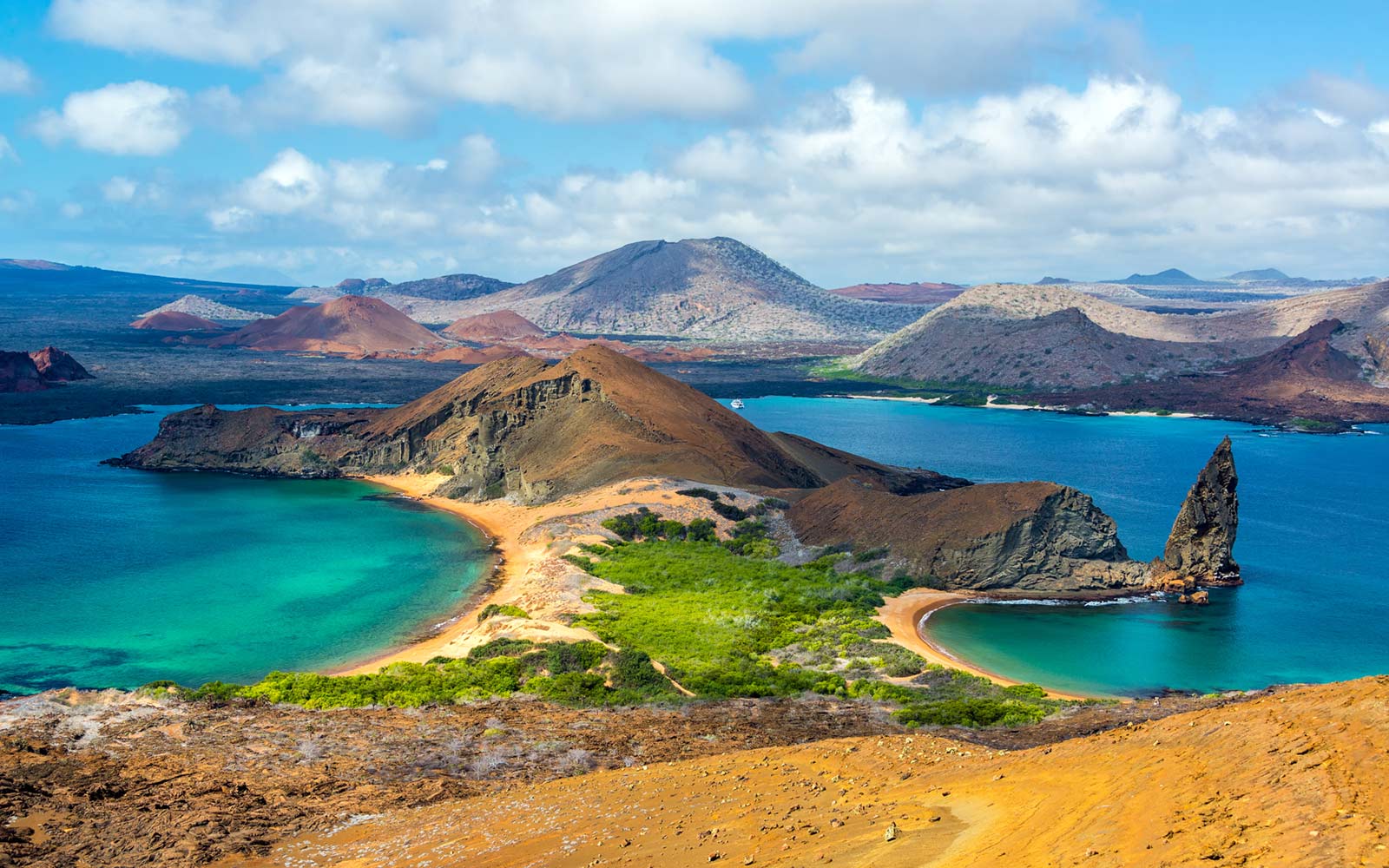 Surrounding the centre of the western hemisphere is an archipelago of volcanic islands on either side of the equator in the Pacific Ocean called the Galapagos Islands. 13 major and a handful of minor islands make up the Galapagos archipelago. The largest of the islands is called the Isabel. The rugged mountain topography is created over the islands due to frequent volcanic eruptions.

A tropical climate is seen with annual movements of ocean currents. Of the two main seasons, the dry season is experienced from May to December. The season is characterized by cooler temperatures and lower rainfall. One of the main features of the season is the mist and drizzling rain, especially in the highlands. The hot and wet season stretches from December to May and is influenced by the warm Panama current. The warmer temperature and higher rainfall are seen. The temperature can go as high as 30 degrees with a rainfall of 80mm.

What makes this archipelago unique is its environmental condition which is a strange mixture of tropical and temperate climates. This is seen as the islands receive cool ocean currents in spite of their location near the equator. The combination of these factors has led to the evolution of an unusual mix of plant and animal species.

The flora of the islands includes forests, shrublands and montane grasslands. Coastal plant communities are low-growing shrubs and herbs like the saltbush which are resistant to drought and salt spray. Galapagos carpet weed is a herbaceous seashore plant that is endemic to the island. Mangroves can be seen in calm inlets and lagoons. Trees, shrubs, cacti and herbs which are adapted to the dry conditions are seen in the arid zone lying in the inland coastal zone. Lush with grasses, ferns and orchids, the high-elevation grasslands of pampa have many endemic species like the Cyathea weatherbyana.

The archipelago of Galapagos is a source of study for many scientists researching about the evolution. Charles Darwin’s observation of the islands inspired him in developing the theory of natural selection. Thus the Galapagos islands are the window to evolution, indeed!