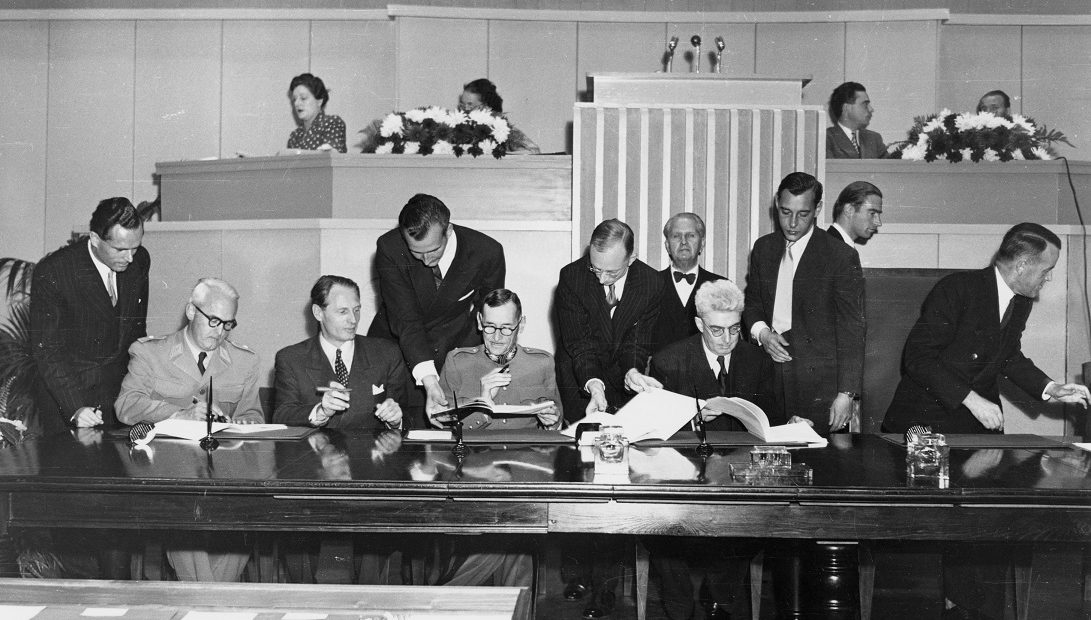 War is a miserable experience for every human being – citizens, children and mainly soldiers.

Economies are shattered for generations to come, metro cities become down to dust and communities tear apart, destroy basic infrastructure and has many physiological effects for both who won and lost. The recent invasion of Ukraine in 2022, the Kargil war of 1999, Bangladesh liberation war of 1971, WWII and WWI are a few examples of war.

The Geneva conventions refer to 4 international treaties which lay down rules of war and protect basic human rights and provide medical assistance to both soldiers and citizens in times of war. These treaties have played a huge role in transforming how we fight wars.
It refers to four different treaties signed on four different occasions and three additional protocols, the first signed in 1864, the second in 1906, the third in 1929 and most notably the last treaty was signed in 1949. Of course, the way we fight wars have changed because of the improvements in modern technology and other methods of warfare, but these conventions have minimized human suffering by defining basic human rights for people in war.

The first treaty was signed in 1864 which makes sure that the soldiers fighting for both sides get medical attention if they are injured. The ideology of the Geneva convention came into being after a Swiss businessman, Henry Dunant, was moved by the soldiers wounded during the Battle of Solferino in 1859. He also founded the Red Cross to help the wounded.

The second treaty, signed in 1906, lays down naval warfare rules and establishes what a hospital ship is. Such ships that are providing medical assistance can’t be fired upon and that rescuing drowning soldiers is a must.

The third treaty lays down laws on how Prisoners of War should be treated and that their basic human rights such as food, water, medical treatment to maintain good health and clean facilities should be provided. This treaty signed in 1929 also ensures that soldiers maintain communications with their loved ones. It also ensured that women combatants must be given special medical care. It also states that prisoners of war must be released when the last bullet of the war is fired i.e. when the wars come to an end.

The fourth one is a pretty notable one, signed four years after World War II in 1949 which was the most devastating war in human history having seen 46 million civilian deaths. This convention establishes that citizens can never be attacked, tortured or discriminated against and must be given medical care. It reduces the burden of war from civilians as much as possible. It also states that medical emergency vehicles should not be fired upon and medics who treat wounded soldiers must not be fired upon.

This 71-year-old treaty last written in 1949 is probably outdated as the methods how we fight wars have changed with the advancement of technology such as nuclear and chemical warfare, biological warfare, drone and cyber warfare. While the conventions have been violated in a few cases, it has been a broad success internationally and has been able to define what a war crime is and differentiate who are fighting a war and who aren’t and limit damage on those who aren’t. Thus, the Geneva conventions protect humanity in case of a war and limit human suffering and ensure that citizens suffer minimal damage and can continue their lives normally after the war is over.