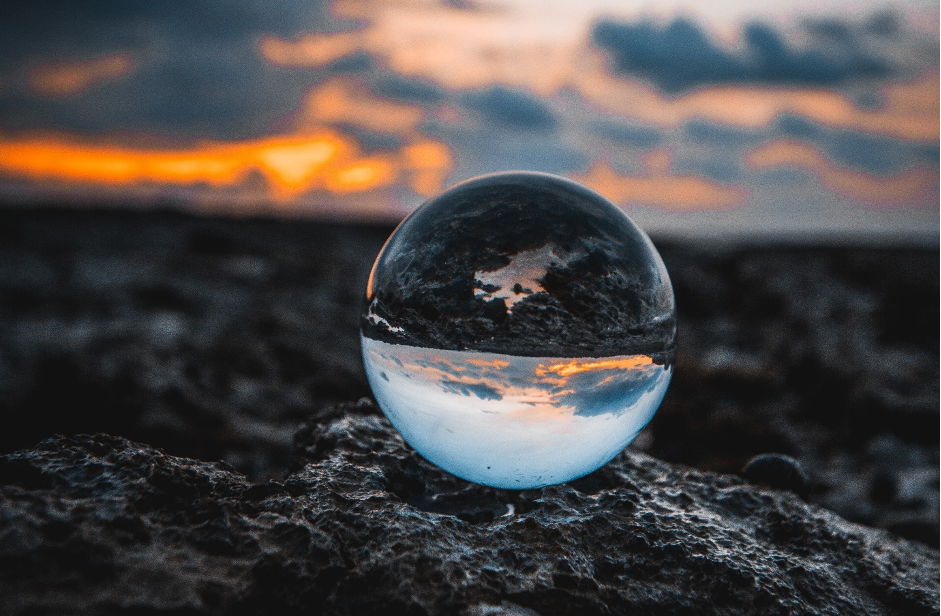 More than 4.5 billion years ago, the Milky Way galaxy collided with a nearby dwarf galaxy. This collision hastened the creation of millions of stars, including the Sun. Over time, in the early Solar System, tiny particles collided and combined through the process of accretion driven by gravity, to form planetesimals which later formed the planets we see today, including Earth.

The Late Heavy Bombardment was caused by the giant planets like Jupiter orbiting closer to and farther from the sun and pushing lots of smaller solar system objects like asteroids around because of their gravity. Asteroids composed of rock, metal and ice collided with the earth’s surface and resulted in intense heat and pressure. The early earth was extremely violent, hot, and unstable where surface temperatures rose to 4700 degrees celsius. As the Late Heavy Bombardment may coincide with the time the most primitive bacteria appeared, some scientists also believe that life could have come to Earth aboard asteroids and meteorites during the Late Heavy Bombardment.

The moon and oceans

A young planet called Theia which was the size of Mars is speculated to have collided with our planet, blasting material in the opposite direction and giving Earth its tilt. The debris formed a ring and orbited around Earth, eventually forming the moon. A day back then was only 6 hours long.

The rapid outgassing of the planet and the vapourization of asteroids or comets of ice that had banged into Earth liberated voluminous quantities of water which stayed in the form of water vapour when the Earth was hot. As the planet cooled, the water condensed to create the oceans and the hydrologic cycle. The oceans were initially too toxic to support life.

The atmosphere has played a crucial role in the evolution of life on Earth. The primitive atmosphere was mainly composed of gases that were spewed out of the volcanoes along with water vapour. There was no oxygen in the air.

Algae in the oceans produced oxygen had been producing oxygen through photosynthesis for a long time, but all of the gas, being highly reactive, simply got used up by reacting with reduced minerals in the ancient oceans like iron. The oceans turned red due to the rusting. Gradually, oxygen flooded the atmosphere and it was then that the ozone layer was created which eliminated another obstacle to the development of life- the ultraviolet rays from the Sun. At the time, most life was anaerobic, for which oxygen can be toxic. Thus, while this event made the world habitable for us today, it also saw the Earth’s first mass extinction.

As methane combined with the rising oxygen, the greenhouse effect, which is responsible for retaining the sun’s heat, weakened and the global temperature dropped significantly. Glaciers formed and the earth was enclosed in ice from the poles to the equator, which made the Earth even colder, as ice, being white, reflects maximum light. The length of a day was 13 hours now.

Glaciations alternate with periods of warmth called inter-glaciation periods, where the ice sheets are confined to the poles. Scientists think that changes in orbital geometry could alter the amount of sunlight coming in between winter and summer by about 10% and could be responsible for initiating or ending ice ages. We are currently in the middle of the 5th ice age’s interglaciation period.

The phanerozoic eon (542 million years ago to present)

Geological time is divided into eons, and eons are subdivided into eras. The first three eons – Hadeon, Archean and Proterozoic eon, constitute most of Earth’s history (4 billion years), but there was very little biological activity or geological diversity then. The fourth eon, called the Phanerozoic, is ongoing. A great diversity of life arose on Earth during the phanerozoic eon which can be subdivided into 3 eras:

This era that spanned 291 million years saw an explosion of life called the Cambrian explosion when unicellular organisms evolve into an abundance of complex ones mainly due to the high levels of oxygen. Vertebrates and fish evolved and later, life shifted from the oceans to the land, marking the rise of amphibians. However, the end of this era is described as an ‘implosion of life’ as 96% of marine life and 73% of terrestrial vertebrates went extinct due to the event called the Permian-Triassic extinction, whose cause is not quite understood.

All along the history of the Earth, there had been tiny landmasses that had emerged from the lava, but none of them became bigger than India before they were swallowed by the lava again. Many supercontinents, namely Ura, Vaalebara and Kenorland had formed and broken up. During the Mesozoic era, the last supercontinent Pangea broke and the continents began to take their present-day positions gradually. The day was almost 23 hours long.

The first mammals evolved from reptiles and birds evolved from dinosaurs with flight. This era saw the rise of dinosaurs, who ruled for almost 200 million years before a meteorite 10 kilometres across slammed off the coast of Mexico wiped 75% of life.

The Cenozoic era spans from 65 million years ago to the present day. It is the interval of time during which the evolution and spread of mammals, which had become the largest animals on earth, accelerated.

About 8 to 4 million years ago, an important split occurred- the ancestors of modern apes began to separate from our human ancestors. The brain volume of humans increased and they were able to think and communicate. They discovered ways to control fires. They spread from Africa to other continents. 10,000 years ago, the agricultural revolution began. Civilizations along river banks flourished and currencies, economies, laws and courts emerged. We began to barter and trade. Imperialism began, wars occurred and democracies were established. The Industrial Revolution began and new technologies applied based on scientific knowledge, changed human societies. The internet and computers connected people far away in an instant.

Although humans have just emerged on geological time scales, we seem to be the ones to mould and possibly ruin the rest of the Earth’s future.