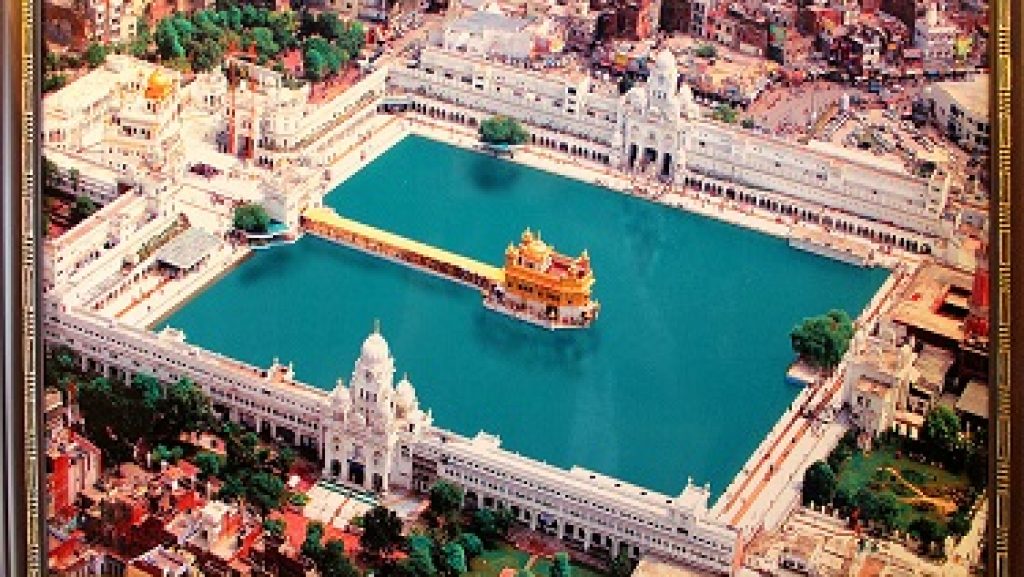 The Golden temple situated in Amritsar, Punjab; is the most sacred place of worship for the Sikh community. Also known as the “Darbar Sahib” and “Harmandir Sahib”. The beauty of this golden treasure has an eye-pleasing divine effect for everyone who visits it.

This golden beauty is surrounded by a man-made water pool which is called Amrit Sarovar (Pool of nectar), also said to have some special properties, whose construction was completed by the fourth Sikh guru, Guru Ram Das in 1577.

Going back to how this Golden Temple was built?

It all started in the year 1604, under the fourth Sikh guru, Guru Ram Das and was later completed by Guru Arjan Dev after he placed the Adi Granth in the Harmandir Sahib.

The Gurdwara has been through several changes repeatedly since it had become the target of Mughals and the invading Afghan armies. The founder of the Sikh Empire, Maharaja Ranjit Singh rebuilt it with marble and copper in 1809. And in 1830 this beautiful structure was overlaid with gold foil. This has led to the name the Golden Temple.

This beautiful structure is mainly made out of marble but is plated with 24-karat real gold. It has openings from all the four sides, the north, the south, the east and the west, which symbolizes people from different directions of the world.

That was how the Golden Temple came into existence and it remains one of the most visited heritage sites of India.