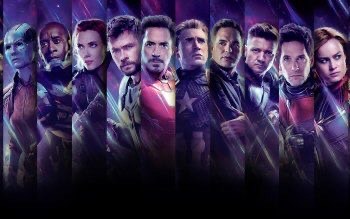 This is my first attempt at fanfiction. I do not own any of the Avengers, this is simply a fanfiction meant to entertain. Enjoy!

She could feel the cold air whipping across her face as she ran, her hair in a ponytail flying out behind her and her breathing ragged. The wind chilled her bones, but she didn’t care. Her only thought was getting away from that blasted place. All her childhood had been one elongated pain, and she couldn’t wait to break free of it. But she had to first escape her pursuers. Her captor’s most devout 5 goons, trained assassins at that. Unfortunately, that meant they could run and chase like the wind.

Eve was light on her feet, but that didn’t mean she was Usain Bolt. She didn’t have unlimited energy either. “Evelyn Waynes, stop, or we have the order to open fire,” shouted one of them. The big one. John Smeek something-or-the-other. She didn’t know, she didn’t particularly care either. She whipped around a corner, racing through the icy air, before coming to an abrupt stop. A tall, hooded figure was standing in front of her. He nodded to her, pointing at a dark door on his left, motioning her in. She stood still for a moment, before dipping her head, slipping into the partially open door. It was pitch black and silent. Outside, she could still hear her pursuers, but it was fainter, like the low rumble of thunder in a distant storm.

Eve heard the door click shut. She whirled around to see the faint, flickering light of an oil lamp. The light moved, before coming in contact with another lamp, as Eve saw later. In a flash, the room was full of the soft, flickering light emitted by a lamp. The tall man drew back his hood to reveal the face of one Eve knew as well as her own. Grinning, she ran up to hug him. “Thank you, Stephen, thank you so much!” The older man simply hugged back, knowing the girl to be kind-hearted- gentle yet strong when she needed to be. Eve released her hold on her father figure, though they could barely meet once a month, and that is if she was lucky. “How’re things going, girl? You know, you ran really well, just make sure that you-” “Land on the front of your foot, you will be able to take off faster, and you will have an edge over your pursuers or other racers, I know dad.” Eve interrupted, before mumbling a quiet “I’ve only heard this a thousand times.” Stephen just rolled his eyes, but couldn’t resist the small smirk that erupted on his face.

“So what’s with the hoodie? Are you trying to pass off as your namesake?” inquired Eve, as they walked farther into the Sanctum (Eve’s fleeting name for the mysterious place). Stephen looked down at the girl tagging along behind him. “Ok first up, it’s NOT a hoodie, it’s a cloak. Second, who is this namesake you speak of?” he asked, turning away to hide the small smile that he couldn’t help. Eve slammed Stephen against a wall and pushed her forearm against his throat, not hard enough to choke, but hard enough to hold in place. “Who are you and what have you done with my dad- with Stephen? I’ve only told him a million times that he acts too much like my favourite Avenger, Stephen Strange. So what have you done to him?” Eve asked with mock tension in her voice, her eyes boring into Stephen’s. The latter simply laughed, dragging her arm away from his neck and pulling her along the passage.

At the end of the passage, they entered a room brightly lit with tube lights. “FINALLY! A room that looks like it was built in this century,” smirked Eve, wrapping her arm across her chest and looking at the room teeming with people. “Look, kiddo, cut out your sass, before I cut off our friendship,” he replied, only half-joking. Eve looked at him with mock horror, before walking down and inspecting the production of her brainchild. She nodded approvingly, occasionally brushing her fingers against a part of the machinery. She looked up at Stephen and nodded. He knew the time was right as well. “Give them 15 minutes,” said Stephen. Eve nodded, and a glint of satisfaction appeared in her eyes. ‘Finally, payback time,” she thought happily.

Like promised, all the goons were snoring in 15 minutes. They were quickly rounded up and tied together. Eve had a smirk stretched across her face at the sight of the men in front of her. ‘They will be out for a while. Want to grab a bite to eat?’ asked Stephen from behind her, placing a hand on her shoulder. “Nah, I wanna finish this. I’ve developed something to wake them back up, it will send a jolt up their bodies, and give them a shock like they are falling, which will wake them up. I will just shock them awake.” she replied, looking up at the older man for confirmation. With a glimmer of pride in his eyes, he nodded, causing Eve to lightly and quickly touch each man with a stick-like machine, before moving back to observe the results. All of them shot up and looked wide-eyed.

“Hello boys! Great to see you. How are you guys?” Eve asked mock cheerfully, ruffling the nearest guy’s hair. “Evelyn Waynes, just you watch! We will get you! Is this the way you treat the ones who brought you up? The ones who fed you and put clothes on those ungrateful back? You ungrateful-” “Oh stop it,” she snapped, putting an end to the man’s rant. “Just stop it. How on earth are you able to tell that so easily? Fed me? You barely gave me enough to survive. Clothed me? The most worn clothes. Took care of me? Then what is this?” she screamed, rolling up her long-sleeve to show burns where she had been punished for the smallest wrongdoing. Stephen placed his hand on her shoulder again, making her calm down a little. “Enjoy prison,” she said with a sarcastic smirk, before walking back in, Stephen falling into step beside her.

“There is a visitor for you, Eve,” he said, pointing to a small black door just as they walked in. She nodded and entered the almost dark room to see a bald, dark man with a black eye patch over his left eye. He held a gun in his right hand, casually resting it against his left thigh. In a black trench coat and black pants. He put the barrel of the gun to his lips to indicate her to be quiet, and she complied immediately. “Look, girl, I’m here to talk to you about the Avengers initiative,” he said in a low voice, causing the girl to smirk widely, flopping down on the chair in front of him.