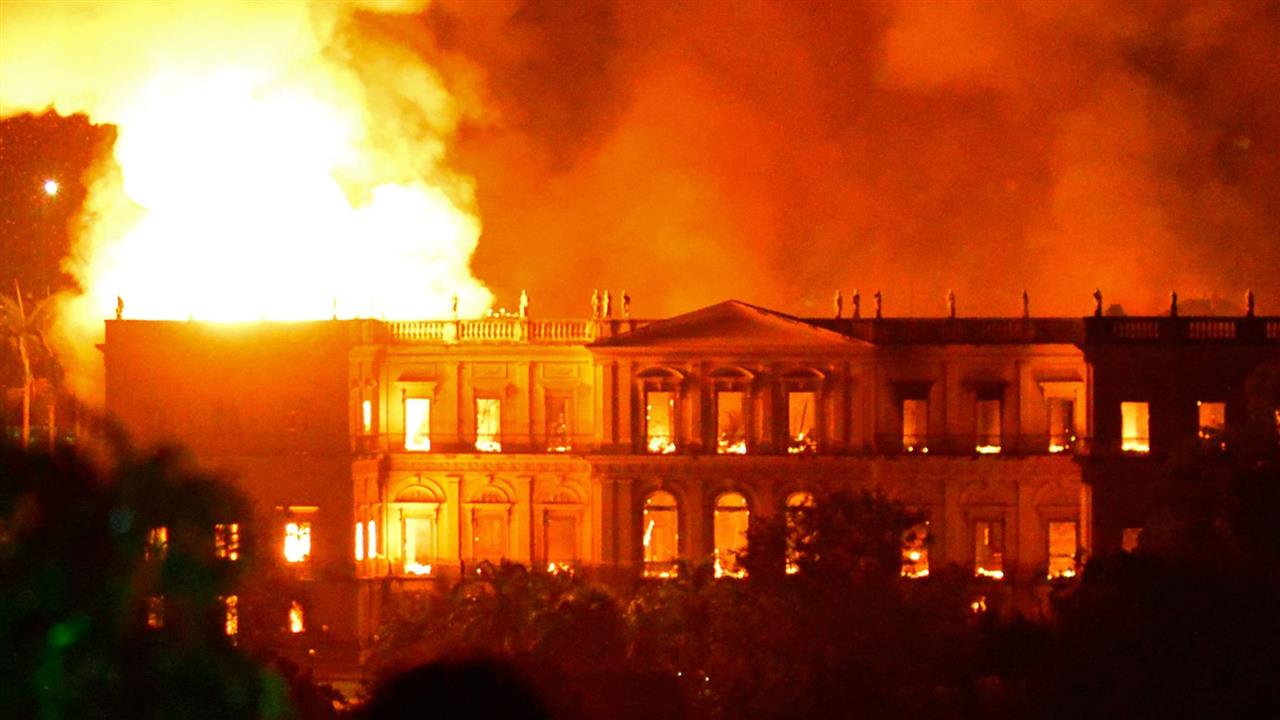 I always loved to take long walks around the museum when it was empty, and today was a particularly special day. We had just gotten a supposedly hidden away painting, and I was going to be its caretaker. It had been years since I first took up this job, and the supervisor was finally seeing my value.

A bolt of adrenaline rushed through my system as I slowly uncovered the layers of soiled tarp binding the painting together. I bit my lip as it fell away, revealing the wonderful painting beneath. This museum was old, but this painting was even older. It had yellowed slightly but was still just as gorgeous as before. It was a portrait of a small girl with flowers in her hand. Pretty simple but at the same time the colours, the hues, the shading, the depiction of the human emotion was spectacular. A proud grin danced on my face as I gently heaved it up and walked over to the display. As I was hanging it up, my eyes drifted down to the back of the canvas. There was some gunk at the edge.

“Weird” I frowned as I scraped at it. It refused to come out. I took a closer look only to find out that it was actually not some gunk, but a bit of wax. I peered at it. A few letters were formed out of that wax. My eyes widened in surprise as I read the letters out loud.

“R U N” I read out separately. It took a few minutes for me to realize what it meant. The moonlight streamed through the windows, lighting up the wax. The dust swirling around the room just made it seems even eerier. I gulped as I scratched the word with my fingernail. It must be a fluke… maybe some other words had been there before? Maybe Run the Tavern, or run from sin? Oh, who was I kidding! It definitely meant whatever was written. I took a deep breath as I tried to calm myself. The metallic scent of blood floated into my nostrils and I stared at the brown stuff beneath my fingernails and brought it closer to smell it. I swallowed down the bile in my throat as I dropped the painting and it fell with a crash. I started walking as fast as I could toward the entrance. The only thought in my mind was “Blood.”

Somebody had written RUN behind a painting in blood. A fluke? I think not, and I wasn’t taking any chances.

Footsteps. There were footsteps behind me. I took a deep breath as I forced myself to keep walking.

“Tap, Tap, Tap” they kept coming. Louder and louder, echoes bouncing back, driving me crazy. Immediately, I started sprinting as fast as I. could.

“The door!” my voice was a rasp and my breath was coming gasps as I raced toward it. A sweet, sweet escape, away from the blood and the footsteps and the darkness and the moonlight and that dastardly painting. Relief filled my lungs. I fumbled with the lock, the footsteps sped up considerably, and so did I. finally the door clicked open and I slammed it shut and stumbled backwards. My breath trembled and a choked sob came out. My eyes snapped open when I heard somebody banging against the glass of the door. In front of me stood the girl in the painting, flowers wilted, eyes hollow, wails coming from the pit of her throat. My eyes went wide and a scream escaped my throat. Behind her, the whole museum was filled with flames, brilliant, blinding white. The girl’s voice garbled as she stared at me with pleading eyes.

“LET ME OUT!” she moaned. My heart ached but I refused. I knew that if this door was opened today, one of us would be dead. The flames engulfed her and she let out a deathly shriek, and my heart twisted in terror and remorse. I somehow stumbled up and ran towards my home. An explosion rocked the street behind me, and the girl’s shriek still rang it my ears.

The next morning, I came back to whatever was left of the museum to resign. Maybe the painting had actually been hidden for a reason. I thought as I walked toward the museum.

“What?!” my eyes nearly bugged out of my head when I saw the museum in front of me, the same as it had been a week ago. I hurried inside, mind roiling with questions.

“Ah, Alexa!” my supervisor called out and I whirled around, heart in my throat. “Thanks for handling the new painting so well.”

“Really, it seems like it’s in tip top condition.” She shook my hand and gave a smile as a she walked off.

I ran toward the display where it was supposed to be put up, and there it was, as good as new. My eyes scanned every bit of it. The girl’s eyes were big and glassy and were fixed right at me. Her hand held a fistful of ashes. She smiled at me as the place behind her burned, and with it, she.