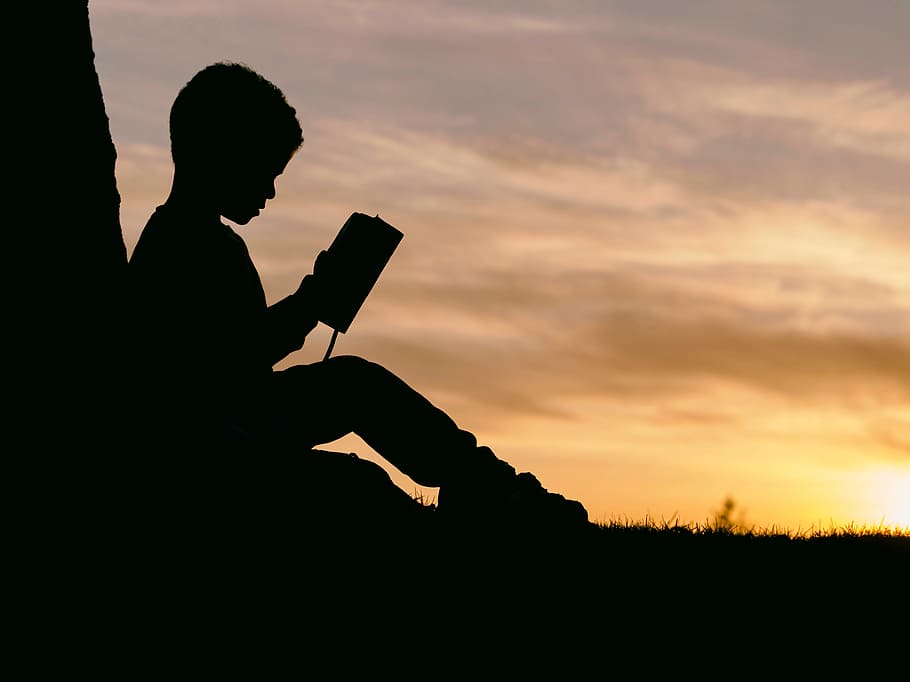 “I have a lot to do,” said Chuck to himself.

Just as he was about to begin his training, he saw a boy around his age walking toward him slowly. The boy was reading a book and had big spectacles. He was slender and looked a lot like Chuck. The boy walked closer to Chuck and Chuck saw the title of the book he was reading. It said, “How To Get Muscular Within Fifteen Days”.  Chuck was surprised to find exactly what he was looking for. He wanted that book but he couldn’t just snatch it away from him. Neither did he know the location of the shop where the book was from. Well, even if he gets the location of the bookstore, he is too poor to buy a whole 50 pages book.

He decided he will ask for the book politely.

“Hey there! What is your name?” asked Chuck in a tiny voice.

“Hello Raul, My name is Chuck. I wanted to ask you about your book…. can I borrow it for a few days?” said Chuck.

Exactly after finishing his sentence he ran away from there.

Chuck looked at him running and sighed.

“I guess it’s just me now,” said Chuck in disappointment.

He thought and thought but couldn’t get an idea. He went back in sadness. The saddest part is that it was his first day of training and he achieved nothing on that day.

It was night and Chuck went to the bed wearing the same white and blue striped pyjamas.

“I just hope tomorrow would be better than today,” whispered Chuck.

After a long night without sleep, Chuck woke up with a knock on his door… again.

“Ahh! Who is this? Why are you here at 4 in the morning?” he said in frustration.

As he was walking to the door, he got a shock. He ran back and grabbed his calendar.

“Is my time of one month over? It felt like a day!” Chuck screamed.

He thought the soldiers had come to see his muscular body after a month while Chuck here didn’t even start exercising.

He ran and hid under his bed.

“Nobody’s home!” he screamed in a slight fear under his bed.

He didn’t get any answer, it was very strange to not get an answer from those tall, four soldiers. Well, not all 4 but at least one could have answered or even broke the door to come in and see him.

He gathered some courage and walked to the door, all ready to get punished. He opened the door and…

“Oh goodness, aren’t you Raul? You are the person with that book! How did you find my home and why are you here?”

Chuck was having so many questions in his head and was asking them to Raul one by one. Well, on the other side Raul could not understand a thing. Chuck finally stopped asking questions.

“…” Raul said nothing after hearing those questions.

After an awkward silence, Raul spoke, ”I was really rude to you yesterday so I just wanted to apologise and give you this small gift as an apology.”

“Well, if you ask me HOW I reached here then……everyone in this town knows your name, you are the supreme warrior of Czaconbert. I asked one guy about your address and 5 people surrounded me in surprise and asked me how do I know you? I told them that I just wanted to give you this and they let me go with your address. So sorry, I didn’t recognise you yesterday,” said Raul.

Chuck looked at Raul in sorrowness and said, “It’s okay, anyways I can’t be the hero who saves the whole world from Martil, I just have a month left to be a perfect warrior and right now I must be the weakest person in the history of weak people.” said Chuck.

“That’s why I brought you this present, come on open it!” said Raul.

The gift was wrapped in a newspaper and looked pretty thin.

He quickly unwrapped the gift and saw a book. The newspaper wrapper fell down his hands. Surprisingly, Raul has gifted the same book which Chuck wanted yesterday.

“T-this book? Did you finish reading it? Why did you give me the book?” said Chuck.

“I haven’t finished reading it but I think you want this book more than I do.”

After listening to these few words from Raul, Chuck finally got a little hope but enough to start his training again.

He was about to thank Raul for the book but exactly when he started speaking Raul ran away without even wishing him goodbye.

Well, that felt really strange to Chuck but by now he was used to it.

He was really excited to see what he should actually do to become a real warrior.

He flipped the first page of that 50 pages book and saw thousands of letters and words written and half of them were too difficult to understand! It felt like all the words from the English language were written on that particular page itself. The book was not that thick but the information was just too much to cover in just 15 days. Chuck, somehow decided to read the first page of the book that day.

“I will read only this page for today. I will start reading 5 pages a day from tomorrow so that I can easily finish the book and get muscular in under 15 days” He said confidently.

“Do you wanna get muscular in a short amount of time? Do you see your reflection and think you’re too thin٫ skinny or weak to achieve something in life? Then try this book. It will get you muscular in just a few days. Yes٫ you heard it right٫ not years٫ not months٫ not weeks but DAYS” He read this paragraph out loud.

“Sounds quite promising,” he said and continued reading.

“Firstly٫ if you want to be able to build muscles, then weight lifting is essential. LIFT ROCKS٫ BOULDERS OR ANYTHING YOU FIND HEAVY!! But before doing all this٫ you need to warm up or else you might not be able to walk and get a cramp.” He read.

“Warm up? What kind of warm up?” he mumbled to himself.

“You can do stretches٫ jumping exercises etc.”

“Okay…” he said with all his focus on the book.

He realised that he had not even read half of the first page and had 49 more to go. Well, Chuck٫ good luck with that cause you’re gonna need it.

“Oh٫ Lord! I gotta read this quickly” he said.

“DIET. It is the most essential thing to get strong. You have to eat very little food but it should be healthy… you can have whatever you like once a week.” He read.

After reading some more٫ finally the first page of the book was over. He let out a deep sigh and said “Let’s do it!”

He made notes of things he had to do to become a true warrior… like a to-do list.

After that, he rushed to do some warmups.

It was noon already and Chuck found a colossal amount of space near the town farm/field where different types of crops grew.

He started jogging around the field and gradually started running faster. Now٫ he was running rapidly. He slowed down and looked at the sky٫ it was almost evening. He didn’t realise that he had been running for hours now. He felt tired so٫ he shut his eyes. After a while, Chuck was sound asleep. He woke up with a gasp.

“It’s night already?” He asked himself

He grabbed the magazine in his hand and started heading back home.

He reached home and immediately jumped on his bed and slept.

At night, the gemstone glimmered. The drawer in which he kept it was slightly open. The moonlight from his windows helped the gemstone reflect and the dim light of the gem was scattered all across his room, making the place look beautiful and the environment peaceful. The beauty of the room gradually started fading away as a strong, thick white coloured vapour emerged from the stone. The vapour started to spread around the room.