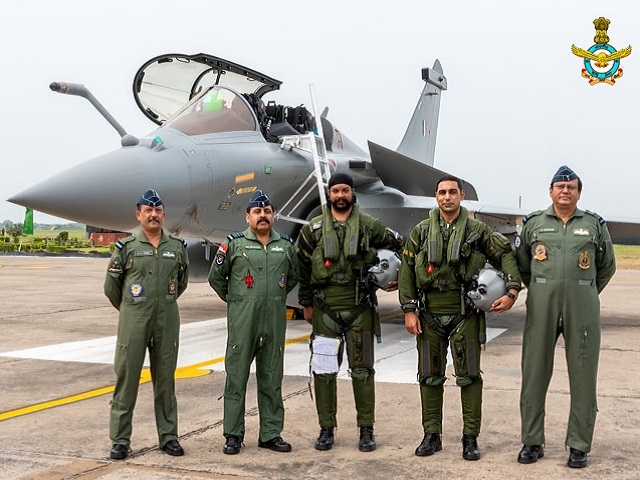 The Rafale Fighter Jets have been a hot topic in the news for the past few years. And now finally, we have got these jets. But there are still many unanswered questions. So, here is a complete breakdown of what these jets are and why there has been so much chatter about it in the news?

Now what are these jets and why are they such a big deal?

Rafale is a twin-engine combat aircraft which can be used for multiple purposes. It is manufactured by a French company called Dassault Aviation. Dassault claims that the jets have ‘omnirole’ capabilities, meaning they can perform multiple actions together. These include firing air-to-air missiles at very low altitudes, air-to-ground missiles and intercepting an attack during the same flight. This is typically not possible with other jets as they need different missiles and a little bit of tweaking to perform each of these different tasks and so need to land back to base.

The aircraft also has an oxygen generation system which eliminates the need for carrying liquid oxygen reducing weight and re-fill time while increasing speed. It has multiple different missiles which can launch attacks at different ranges. These include air defence, air attack, reconnaissance, close targeting, air-to-ground precision strikes, anti-ship attacks and buddy refuelling.

Why does India want these jets?

The IAF (Indian Air Force) had done a complete analysis of their fleet in 2011 and concluded that they need multi-role combat aircraft. Many aviation tycoons expressed interest to sell their jets. The IAF eventually narrowed down to two options: Rafale and Eurofighter Typhoon. Eventually, Rafale was selected by bidding and contract negotiations started with Dassault Aviation in 2012. These negotiations remained incomplete due to lack of agreement on cost and compliance issues. Under Manmohan Singh’s government, no deal was closed.

The deal finally gets closed!

Eventually, in September 2016, the Modi government agreed to a direct deal with the French government to purchase 36 new Rafale fighter jets for 7.87 billion euros. Along with this, India would also get the latest weapons like the Meteor and Scalp missiles (which could be launched from the fighter jet), along with a five-year support package which assures high availability of the jet. India was supposed to pay 15% in advance and deliveries of the jets were to start by 2019.

The Modi government insisted that they had done better than the Congress party’s failed attempts and had saved close to 1600 million euros. However, neither of the cost breakdowns have been shared with the public and there is no way of determining if this is true. The final terms of the deal allow 50% of parts to be manufactured by Indian defence companies including Reliance Defence, run by Anil Ambani.

Congress wants to get in the fight…

Sometime after the deal was closed, a Congress party spokesperson asked for details to be made public and questioned if there had been an escalation in per aircraft costs. The defence minister of the time, Nirmala Sitharaman denied the allegations and said that approval of the Cabinet Committee of Security had been taken before signing off on the deal. She said that the final sale price per jet was Rs. 670 crore. Air Chief Marshal BS Dhanoa and the French government also denied the allegations.

In November 2017, a year after the deal was closed, Congress again accused the government stating that Hindustan Aeronautics Limited (HAL) was not given a chance to participate in the Rafale deal, unlike Reliance Defence. They accused the Modi government of favouritism. They said that the government had not followed proper procedure and had purposely left HAL out of the deal. Nirmala Sitharaman again made a statement saying that no such thing had happened and it wasn’t feasible for HAL to take up part of the deal, which had anyways taken a decade to finalise.

Eventually, the Supreme Court has denied both allegations and has said that there was no wrongdoing by the Modi government.

The Rafales Are in India!

On Thursday, 5 Rafale jets landed at Ambala airbase and were greeted with a water salute. They were escorted by 2 Su-30MKIs. The aircraft will now slowly be integrated into the Indian Air Force. The ownership of these jets makes India the fourth 4th most powerful air force in the world, after USA, Russia and Israel. According to aeroplane experts, the Rafale jets instil fear in our enemies and keep us safer than before. We can only hope that India can rise in stature and become a powerful nation.