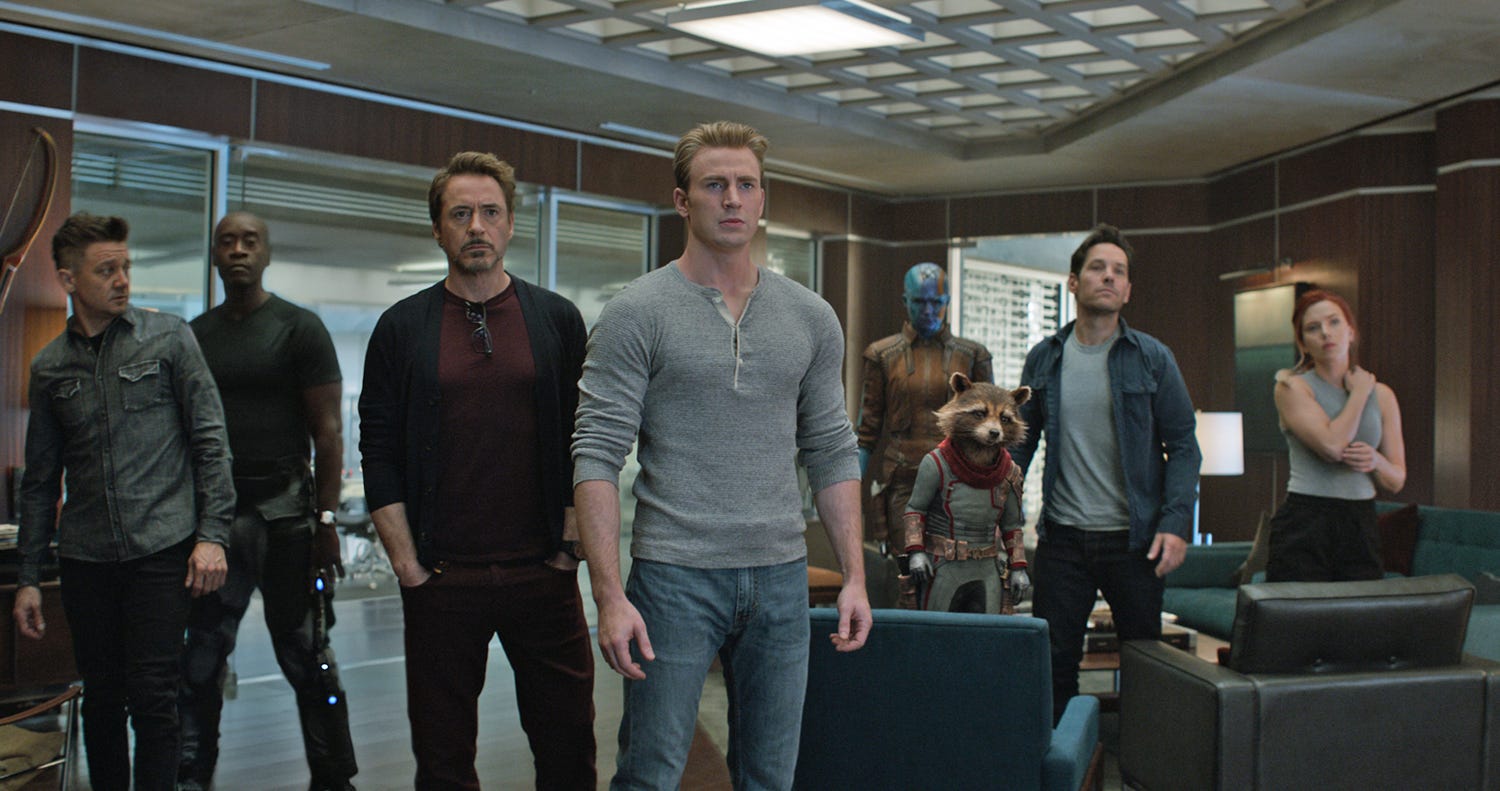 In the catastrophic events of Avengers: Infinity War, Thanos had successfully eliminated half of all life throughout the universe, then destroying the six infinity stones. In the follow-up film, Avengers Endgame, the remaining heroes assemble once more to avenge the fallen. They travel back in time to acquire the six stones before Thanos gets them, bringing the stones back to the present, and using them to resurrect everyone who disappeared earlier.

Although it is just a movie, I thought it would be interesting to analyze the scientific concepts running through the film. Was there some truth to the Avengers’ time travel, or were they just spewing scientific gobbledygook for the sake of entertainment?

You cannot travel to the past, only to the future

So far, the only two possible proven ways that one can travel through time are either by traveling near the speed of light or by standing near an extremely strong gravitational field.

The former, known as velocity time dilation, is based on Einstein’s theory of Special Relativity. The idea is that the faster you move through space, the slower you move through time. So one year of traveling at the speed of light (3×108 m/s) would correspond to ten years on earth.

The latter, known as gravitational time dilation, is based on Einstein’s theory of General Relativity. His theory leads to the idea that gravity can bend time (and space), so as the strength of gravity increases, time tends to slow down. So if you were to stand near a black hole, time would slow down significantly more for you than someone on Earth.

Either way, you can only slow down time for yourself, whilst time passed regularly everywhere else. So technically, you are still traveling into the future, just slower than everyone else. Thus time-travel is possible into the future, but never into the past. This is because the fundamental characteristic of ‘time’ is that it can only flow in one direction, which is forward. So, the Avengers really could never travel back in time. Sorry team!

Changing the past does not change the future

Even if the Avengers did, somehow, travel to the past, nothing they do in their past timeline will change their present one. This was explained by Smart Hulk, to Rhodey, in the movie too.

The famous ‘Grandfather Paradox’ highlights this very problem, which could occur in time-travel.

In Avengers: Endgame, Tony Stark travels back to the 1970s to steal the space stone/Tesseract. If he did steal it, then how could his father, Howard Stark, studied it to make the Arc Reactor Technology, which ended up keeping Tony alive in the future. This is one of the best examples of the Grandfather Paradox in the movie. Not to mention that if Tony stole the Tesseract, the Battle of New York in the first avengers movie would have never happened either.

Quantum Mechanics and the ‘Many Worlds’ theory turn the tables

Now here is the game-changer. Since the Avengers conduct their ‘time heist’ in the framework of the quantum realm, they can completely sidestep the ‘grandfather paradox’ problem. Here is how.

Quantum mechanics is the study of the behavior of subatomic particles. In quantum mechanics, there is a phenomenon known as superposition, where a subatomic particle, such as an electron, can exist in two different places at the same time. We can describe these electrons using probabilities, to show how likely it is to find an electron at a particular place, at a particular time.

Now, David Deutsch (British physicist), whose name also happened to be mentioned by Tony Stark in one of his dialogues, combined this probabilistic property of subatomic particles in quantum mechanics with the ‘Many Worlds Theory’ and said that we can make the grandfather paradox vanish if we expressed time-travel probabilistically (he even ran a simulation using this, and it succeeded).So if we looked at the grandfather paradox through the eyes of quantum mechanics, there is a 50% chance that you did kill your grandfather, and there is a 50% chance that you didn’t. So we can technically come to a compromise (it is confusing, I know)

This may be a lot to digest, but hear me out. Think about it like this – if a particle can exists in two positions simultaneously, then we can say that many different pasts and futures of different probabilities of happening, can also exist simultaneously. Now if we bring in the ‘Many World Theory’, we can say that every possible past and future exist in alternate parallel universes or timelines.

Now let’s make the connection to Endgame. The Ancient One states the very same thing to Bruce Banner. If you change the past, you would create an alternate timeline branching from the original one, and this parallel timeline would remain unaffected by their original timeline. So again, either way, nothing they do to change the past would affect their present timeline. This logic eliminates the possibility of going back in time to kill Thanos as a baby, as even if they did succeed in doing that, it would not change their future, rather the future in an alternate timeline.

The parallel timeline idea, however, did work to the Avengers’ favour in a few scenarios. At the end of Endgame good Nebula from the future (2023) kills the bad, old Nebula from the past (2014). However, when the 2014 Nebula dies, the 2023 Nebula seems unaffected. This is because when the 2014 Nebula travelled to the future, she created a split timeline. Since these two Nebulas are a part of different timeline which are independent of each another, what happens to one Nebula cannot affect the other.

For me, one of the most mind-boggling time paradoxes arose when Steve Rogers (Captain America) returned the stones in the past, at the end of the movie. Instead of coming back after returning the stones, Steve decides to stay with his love – Peggy Carter. The thing is, here he does not create an alternate timeline, he just waited out his own one. So that means he was always married to Peggy. So as long as Steve did not interfere with anything in the past that would bring the Avengers to their final fight against Thanos, his timeline remained stable. Meanwhile, 2012 version of Steve still would have woken up from the ice after the second world war. That technically means that two Steves would have been alive at the same time. Really weird, huh?

Since I am not an expert in this subject, I won’t get further into the details of it. Most of these concepts are theoretical and sometimes I find it confusing myself, so you aren’t alone there. These are all the points and paradoxes I could think of under my circumstances. There may be some things that I could have missed, but feel free to let me know if you think of another idea.

At the end of the day, the Russo Brothers did put together a wonderfully crafted cinematic experience, using ideas of science to guide them in making a logically coherent movie too. The action-packed blockbuster movie won the hearts of many of its fans. But it did also get a few to speculate beyond. To look further. To look deeper. Who knows, for maybe in a few centuries, a time machine could be invented. And maybe, just maybe, it could all have been inspired by the creative ideas from Avengers: Endgame ;).