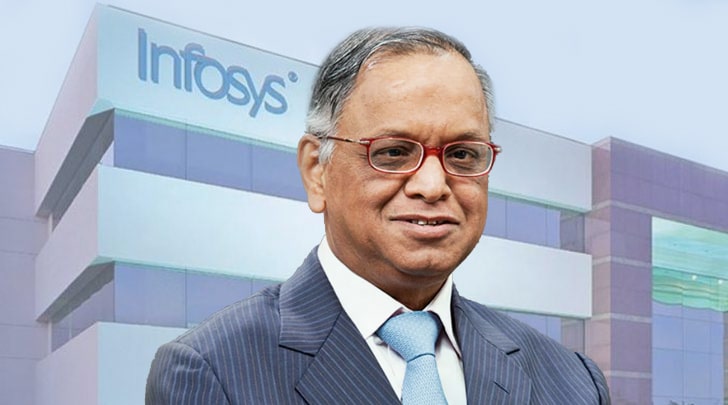 Narayan Murthy was born on August 20, 1946 in the Kolar district of Karnataka. He is an Indian software entrepreneur who co-founded Infosys which was the first Indian company to be listed on an American Stock Exchange.

Narayan Murthy earned his Bachelor’s degree in electrical engineering from The Mysore University in 1967 and his Master’s degree in technology from IIT Kanpur in 1969.

His dream company grew slowly until the 1990s, but when the Indian government decided to move towards economic liberalization, it contributed to dramatic growth in India’s high technology and computer facility.

After this big step taken by the government, Murthy aggressively expanded his company’s client base and started providing services overseas with negotiation deals to provide them with consulting, software development, system integration and product engineering services.

By the year 1999, Infosys had joined the NASDAQ, becoming the first Indian company to be taken and listed in the American stock market. In April 2004, Murthy declared that the Bangalore-based Infosys had posted 1.60 Billion USD in total annual revenues, an astonishing 33 % increase in revenues were experienced.

During those days when Murthy had tough testing times, he wanted to do something with his life, but he didn’t have money. Murthy married Sudha on Feb 10, 1978, while he was working for Patni computers.

It was Murthy’s idea to start Infosys. He had a vision but not money, So Sudha, his wife gave him Rs. 10,000 which she had saved over the years without Murthy’s knowledge. Murthy with his 6 colleagues started Infosys in 1981. Infosys was first set up in Pune. The house that they had bought with a loan became the first Infosys Campus. As Narayan Murthy was running Infosys, his wife took up a job in Walchand Group of Industries as a System Analyst to support their household.

In 1983, Infosys moved to Bangalore and at this point of time, it got its first client Data Basics Corporation from the US. Infosys bought its first mini computer in 1983 (model name – Data General 32-bit MV8000). Murthy has contributed immensely to this huge organization which helped thousands of people during the pandemic. When Murthy retired in 2006, he left behind a huge company with more than 70,000 hard-working employees and 3 Billion USD per year in revenues. For all these contributions he was awarded the Legion of Honour in 2008.