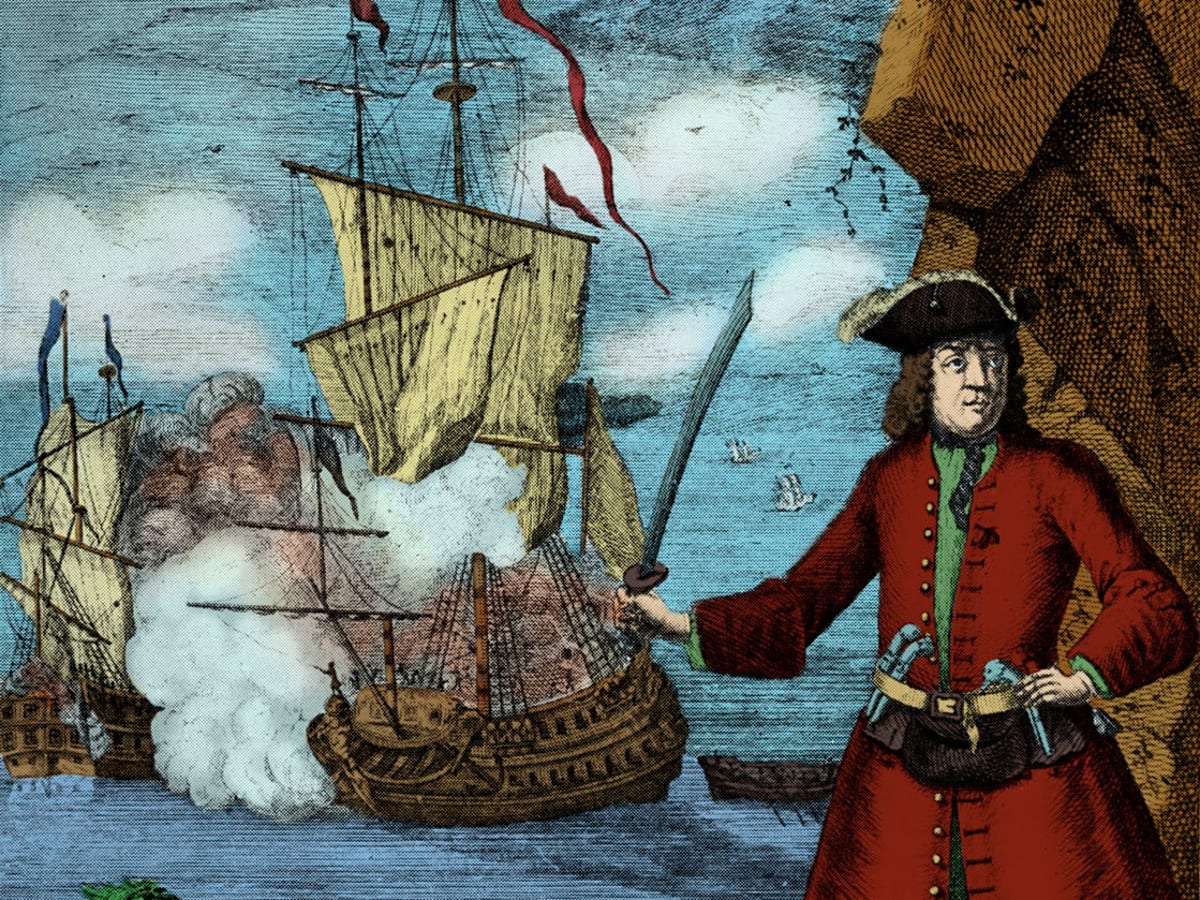 In August 1695, Mughal emperor Aurangzeb, or the ‘Grand Mughal’, seethed with rage. He had sent his army into five key ports from which the British traded with India, and had also arrested English East India Company traders in Surat. Why? His grandest, most opulent ship had been ransacked by English pirates.

The man who would lead this heist, Henry Every, was born in Devon, England, and after a stint in the Royal Navy and the slave trade, he enlisted as a first mate on the Spanish privateer ship ‘Charles II’, whose task was to sink enemy commerce. After months sitting idle in the Spanish port of Coruña, the crew of his ship mutinied and made Every the captain. The ship was renamed the ‘Fancy’, and they plundered along the coast of Southern Africa and Madagascar, before landing on the island of Perim in the Red Sea. This decision was not baseless and would prove critical to the heist.

Every year, a Mughal convoy of ships made a journey from Surat, a bustling port city, to Mecca, ferrying Haj pilgrims. This treasure fleet was the most prized in Asia, and Every had his eye on it. To take on the fleet, he joined hands with 5 more pirates. They anchored near Perim, waiting for the flags of the Mughal empire emblazoned on the sails to come into view.  However, the fleet slipped past at night, and when, in the morning, the pirates got to know, they gave chase. The two slowest ships were the Ganj-i-Sawai, and the Fateh Muhammad, its escort. One of the pirate ships had to be burnt just to catch up with the Mughal ones, showing how desperate they were.  Thomas Tew’s Amity tried to engage the Fateh Muhammad but was repulsed, killing Tew and forcing his ship to retreat.  Fateh Muhammad was armed with dozens of cannons, but astoundingly, gave little resistance once the other three ships arrived. Just from the escort alone, Every looted $20 mn dollars in today’s currency. Now the pirates’ eyes were fixed on the Ganj-i-Sawai.

The Ganj-i-Sawai was a splendid Ghanjah dhow, or kotiya, a large wooden merchant ship, traditionally used in Arabia. Its name translated to “Exceeding Treasure”. It was often anglicized to “Gunsway”. Both names were fitting; Ganj-i-Sawai was said to be the largest ship in India, carrying 62-80 guns and over 400 guards; a force larger than the combined pirate crews. It was personally owned by Aurangzeb, which probably contributed to its grandiosity. Ganj-i-Sawai was, in theory, more than capable of defending itself and its cargo, human and gold, but sadly, this would not be the case. The remaining pirate ships caught up with the Gunsway eight days out from Surat, its eventual port of call. The Fancy scored a lucky broadside hit on the Mughal ship, severing the mainmast, crippling it, and making any maneuvers impossible.  The lucky streak continued and an artillery piece aboard the Gunsway exploded, spreading chaos.  At this moment, the second pirate ship joined in while the third stayed away. The pirate crews clashed with the Mughal crew, who, after a three-hour-long battle, surrendered. The historian Khafi Khan describes the looting in detail, as he had some acquaintances abroad. He states that the pirates acted brutally, torturing and murdering people to reveal the location of the treasure, driving many to commit suicide. Their ships became overloaded with gold and prisoners. All in all, they obtained a loot of $120 mn dollars in today’s money, making them rich beyond their dreams.

When he got to know of this, Aurangzeb flew into a rage. He arrested English East India Company traders in Surat, and shut down major EEIC hubs. Khafi Khan interviewed the British governor of Bombay, who asserted that the pirates had no ties to the EEIC.  However, Khafi Khan was still suspicious. Lest Aurangzeb cancel their trade privileges, the EEIC started one of the first international manhunts in history. Meanwhile, Every changed his name to Benjamin Bridgeman to avoid identification. In Réunion Island in the Indian Ocean, the crew purchased some slaves and reached Nassau in the Caribbean. Every bribed the governor, and later when the British authorities forced the governor to relinquish their whereabouts, he tipped Every and his crew off. Eventually, only a few of his crew members were ever caught and executed, and the rest, including Every, disappeared. There is a tale that Every retired to Madagascar, marrying Aurangzeb’s granddaughter, who was supposedly on the ship, however, it has not been confirmed. The EEIC agreed to compensate Aurangzeb and provide protection to Mughal ships, bringing the saga to a close.

This was not the first heist in the Indian ocean nor was it the last. However, the sack of the Ganj-i-Sawai was the most impactful.  It jeopardized the EEIC operations in India and earned Henry Every the title of ‘King of Pirates’, despite being active for only two years. The story of the Ganj-i-Sawai is one that definitely deserves to be more widely known.