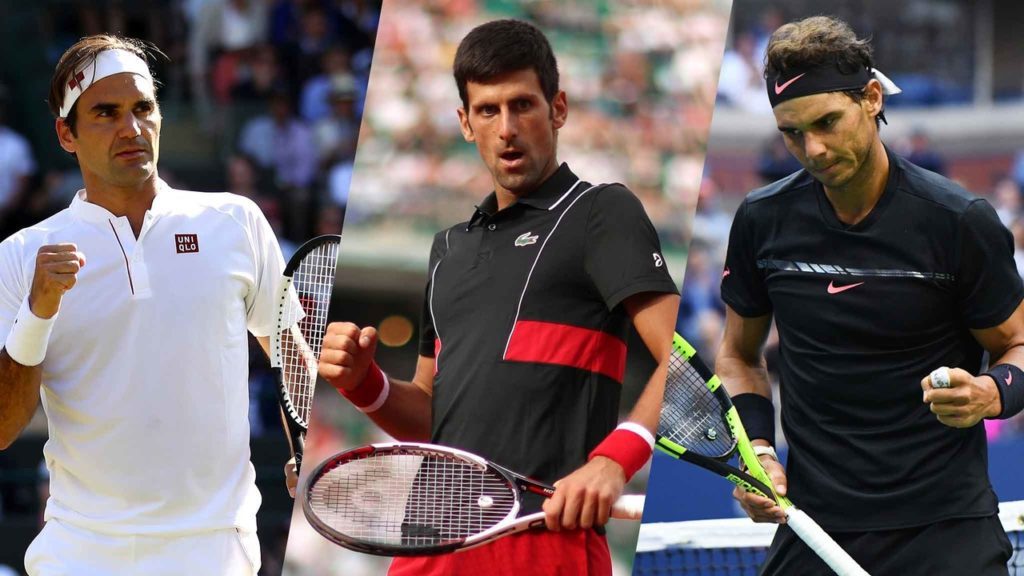 There are three GOATs in tennis. Don’t get confused, I’m not saying that tennis is like a farm with domesticated animals. GOAT as in the Greatest of All Time. The big three are Novak Djokovic, Roger Federer and Rafael Nadal.

Novak Djokovic, or the ‘Djoker’ is the best player in the world today and has been ranked the world’s number 1 player for a total number of 311 weeks, which is longer than anyone else.

He has won a victorious 19 Grand Slams in total and has his eyes determinedly set on breaking all records in men’s tennis. Along with that, he is also the first man to ever have won each of the Grand Slams twice.

What really sets him apart from the other two GOATs is his ability to play a great game on any surface. He might also be considered the best among the three, since he has a better win-loss record against both Federer and Nadal. From 2006 to 2020 Djokovic and Federer have played 50 matches against each other, in which the Djoker leads 27-23. He has played 58 matches against Nadal, where he leads 30-28.

Djokovic is also the only person to have won against Nadal at Roland Garros – once in the 2015 quarterfinals, and this year in the semi-finals of 2021 leading to his grand victory. Of course, if you have seen him play at Wimbledon, you will know that he takes a pinch of grass and eats it after winning the finals as a symbol of his respect for the sport.

His mental toughness is unlike any other tennis star. Djoker’s all-time opponent, Nadal, once said – “The best thing is you know that you need to play your best tennis against Djokovic”. Djokovic also has a fierce determination that never dies down. In his own words, “I want the same thing I’ve wanted since I was seven years old. I want to be #1.”

Rafael Nadal is the king of the clay court in the Roland Garros. He has won the tournament 13 times in total, his last time in 2020, where he defeated the great Novak Djokovic.

The Spaniard has won a total of 20 Grand Slams, which is as much as the famous Roger Federer. He was ranked the best player in the world for a whole 209 weeks. Every time he won a Grand Slam, he has the habit of biting the trophy.

His advantage in the Roland Garros is the surface. Clay is extremely soft, and it makes the ball glide slowly across the court. This feature suits Nadal’s game. Because the ball glides slowly, it leads to long rallies, which, given Nadal’s speed and stamina, helps him outlast his opponent.

One of his fiercest opponents, Djokovic, said that going up against him on clay was like climbing Mount Everest.

Federer has been playing tennis for over 22 years and has now won 20 Grand Slams in total. He was also ranked the best tennis player for a period of 4 years.

“There is no way around hard work,” said Federer. “Embrace it.”

He started playing tennis at the age of 8, and was a Swiss champion by the age of 14.

Federer’s strategy is to always play offensive. He dictates the game, creating an environment where his opponents are forced to play defensive. His risk-taking mindset results in an edge-of-the-seat match for fans.

Before him, there was Pete Sampras, who was excellent at first serve, Andre Agassi, who was excellent at returning serves, Boris Becker, who was great at volleying – but Roger Federer is unbelievably amazing at everything. His game is simply flawless. He can serve well, return well, volley well and rally well. He is the ultimate all-round tennis player.

The three GOATs are all great, but the question of who’s the best still remains. Different people have their own opinions, but according to me, we should be honoured to have three tennis greats in one era.

It is extremely rare that so much talent comes together. These last few decades are almost like the tennis equivalent of the Renaissance where so many beautiful works of art were produced. We are living in the best tennis era in history. I urge you to put on your TV and watch the sport while this age still lasts.

Featured Image Courtesy – Outside the Beltway