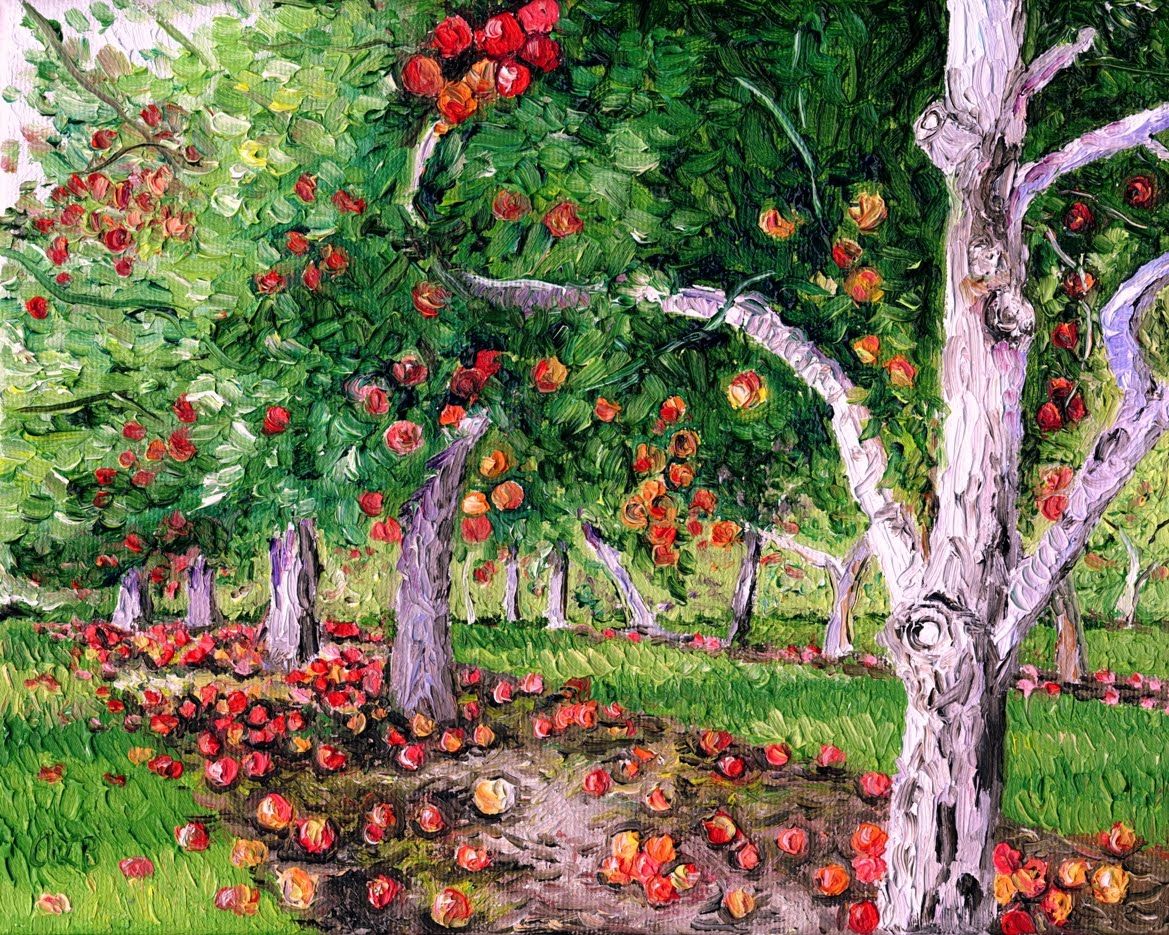 While returning home after a weary day at school, I stopped at the library to return the books I had borrowed.  As I chose another set of books to borrow a painting hanging on the shelf caught my eye. It had never been there, and my curiosity made me take it down while no one was watching.

From what I could tell, it was the painting of an apple tree. As I took it down and observed it closely, I noticed something bizarre engraved on the back of it that said ‘Way to treasure there it lies’. I tried to decipher its meaning but failed to do so. Suddenly I saw a shadow fall upon it and looked back to find an old man staring at me with wide eyes. I apologized, put the painting back and registered the books I was borrowing. After leaving the library I climbed up my cycle and rode off to my friend’s home. In a hurry, I rang the bell and after entering I told her all the events that had taken place in the library. We munched on snacks and I informed my mother about my whereabouts as we came up with theories about the painting. We decided to pay a visit to the oldest house in town which had an apple tree in its garden. Having reached the place, we went near the tree and examined every inch of it. My friend squealed as she showed me what she found tied on the trunk of the tree. An ancient map, just strong enough to stay together. The lines on the painting’s back swirled around my head. I looked up from the map and it quite obviously was of the old house in front of us. The house looked as if it was dressed for Halloween. Thinking about going in there made my blood run cold.

It was big bungalow and looked as if it was devoid of inhabitants. There were many cracks and spider webs hanging all over making it creepier. After a long discussion we finally decided to go in and follow the map. Unexpectedly, when we knocked the door it opened making a creaky noise as if it were welcoming us in. With chills running down our spine we stepped in. As we set our foot in, the door behind us closed and the passage was dark with only a small beam of light coming in through the window above. The place had a musty smell, and we used the torches from our mobiles to see the map. On turning the torch, we saw spiders walking around and my friend shrieked at that until I told her to be quiet. Cautiously we took slow and small steps as we moved on. Before us was another door which creaked upon like the other one.

Sitting on an armchair, I saw the same man who had seen me in the library. My heart skipped a beat, it was a trap. He stared at us with a cunning smile and scary look on his face while we stood there, petrified, too scared to move or scream.