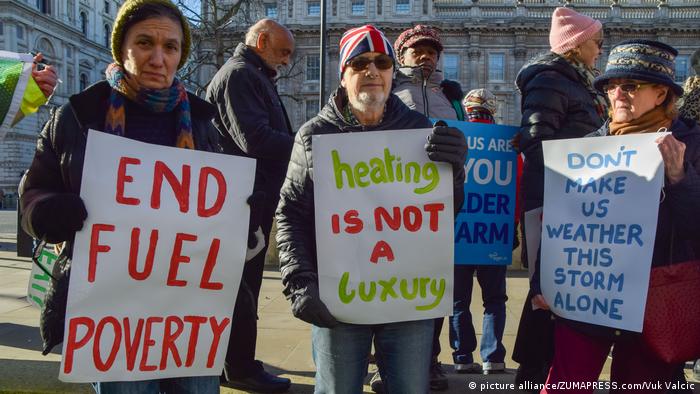 It was said that the sun never set on the British Empire, but now it is facing a severe economic crisis. UK’s economic growth is going to be zero! Britain is considered one of the most developed nations in the world, but because of inflation in the country now people have begun selling their belongings due to the severe cost of living crisis. Is the UK going the Sri Lanka way?

The nation is in the grip of a cost of living crisis, as bills are shooting up and are set to rise more in the coming months. The UK is facing currency collapse, soaring borrowing rates, investors and businesses in despair. Now the IMF has also issued a warning and it has also openly criticized the tax plan introduced.

What makes UK relevant today among global economies? Japan exports automobile and the USA exports weapons. What is UK’s main product? If we had to describe it in one word it is STABILITY.

Recession meaning a slowdown of businesses, people losing jobs and people not having money to spend. Interest rates were the highest they have been in 14 years. After this, the Bank of England was providing loans at a low rate of interest which was as low as 1.2% till last year, which was not sustainable for the government. After 2 years of the pandemic, UK had to take corrective measures on the loan structure.

So, under some reforms, they again increased the rate of interest. For an average family, they spent 27% of their monthly income almost 1/3rd only on paying home loan interest. This additional burden has come in the last few months and people were not prepared.

The same Britain, which remembered nationalism in 2016, also broke up with the European Union. Because the UK was a part of the EU there were no barriers to trade, and there was free movement of people between EU and UK. But now there is an additional barrier between the two. Because of Brexit and a steep hike in interest rates, the cost of living crisis in the UK is rising exponentially. Consumer inflation reached 10% in the month of August. Basic essential commodities like milk were 40% costlier, flour was 28% costlier, and cheese and yogurt were 21% more expensive.

Before COVID-19, before the Russia Ukraine war, before Boris Johnson’s government fell – UK’s economy was not in a good position, and the situation was about to get much worse. After Liz Truss took over Boris Johnson, she taught that till big businesses do not get relief, the supply of items will not increase and inflation will not come under control UK will not be able to get out of this crisis. Her campaign was centred all around tax cuts, deregulation, and reforms, she wanted to prove that she was different from the previous government and can take tough decisions and that’s where everything collapsed.

This event is important because India has many things to learn. We have to maintain good and friendly relations with countries and should have strong allies at least in trade. We have to make policies keeping in mind the consequences that should be confronted after the outcome of that policy.