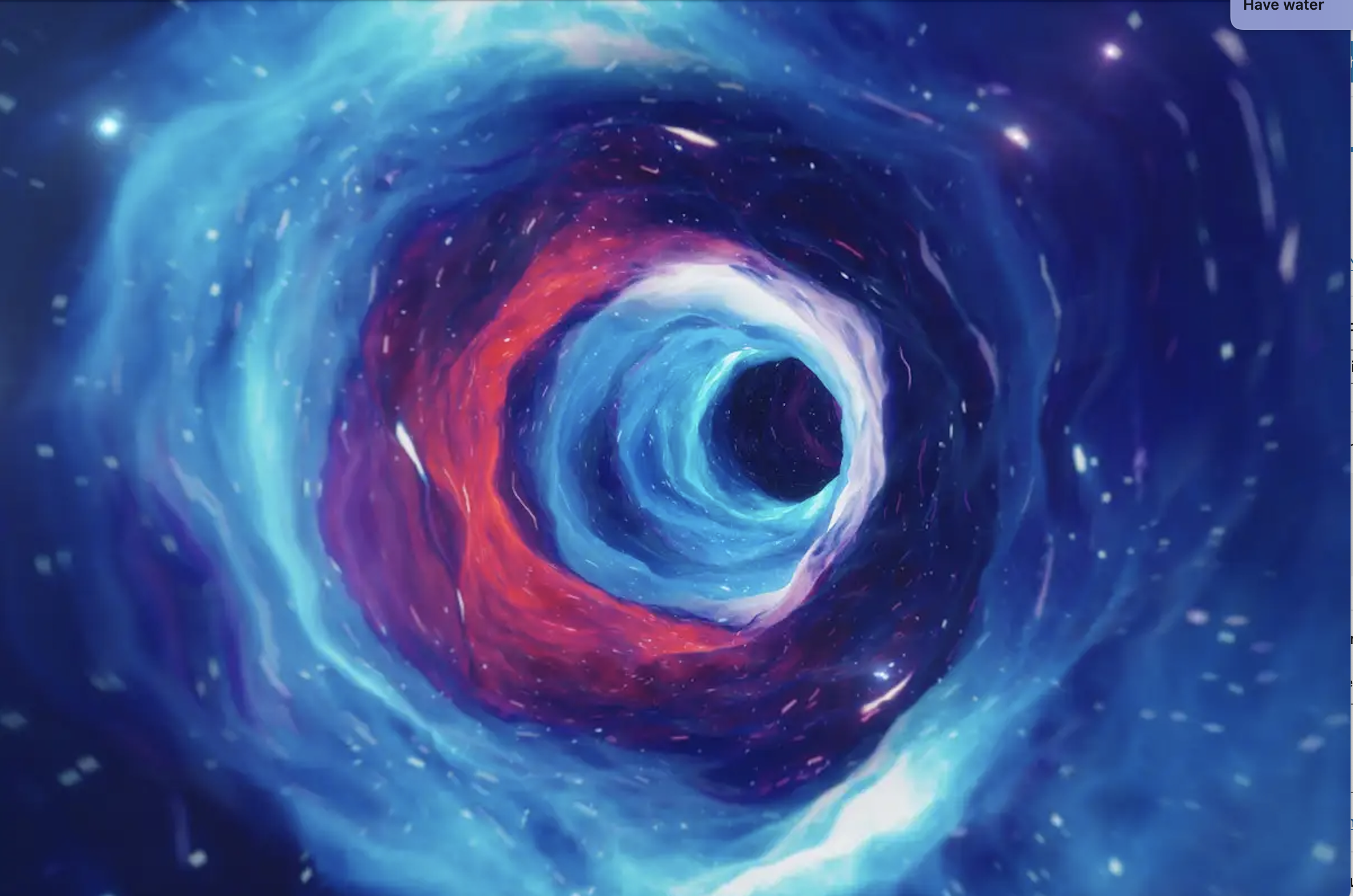 Aarav groaned as he scoured through the pile of clothes for his missing sock. However, at the end of the pile, he saw something that made him forget his sock. A circular portal, with rings of electricity pulsating from it. He felt a pull on his body and was sucked into it.

“Is this a wormhole?”, Aarav recalled from YouTube as he floated through the tunnel. The seemingly endless tunnel was covered in dot-like stars and spiral galaxies. Soon, however, he blacked out. Human bodies weren’t designed for wormholes.

When Aarav regained consciousness, he was lying on a concrete floor illuminated by lights fitted into great pillars, surrounded by armored, amoeba-like creatures, with spears having electricity buzzing from the top. All around the gargantuan, bunker-like room were more aliens piloting aircraft through holographic controls. Others were viewing the outside of the building with something like a periscope. At the center, on an immense platform, sat another amoeba on a Game of Thrones-esque throne.  It fitted something like a Bluetooth earpiece onto its ear and one of the others roughly fastened one on Aarav.  Its limbs had a slimy texture.

“This universal translator allows us higher organisms to speak with lowly beings like humans.”, it spoke.  “You came here through a modified wormhole.  A malfunction caused you to land up here.”

“Praestania, a planet many light years away from your home.  We are the Praetians and I am their leader.”

“An Inimictic missile, a common occurrence due to the war.  It won’t harm our building.  Anyway, how is life on Earth?”, the king enquired curiously, not giving much attention to the missile.

“I heard from my scouts that you humans have an ongoing confrontation. Gaza, no?”

“So, you must either be resource rich or divided, hmm?”, his eyes widened.

“Both” a shiver ran down Aarav’s spine.  He didn’t like this conversation.

“I see. I will try to provide assistance to Earth. Farewell!” ended the ruler abruptly.

A minion pulled a lever, entered some passcodes and the wormhole opened.  The monarch motioned a baffled Aarav to go near it. Aarav entered and was transported back to his mundane laundry room.  But, just as the minion was about to close the wormhole, the king stopped him.

“Don’t close it.  They’re divided and easy prey for us.  We need resources for the war, else Praestania will be annihilated.  We’ll put the humans in the factories.” But the king made a mistake, he forgot to take off his translator.

Aarav overheard this dreadful statement.  Had he caused the end of Earth?