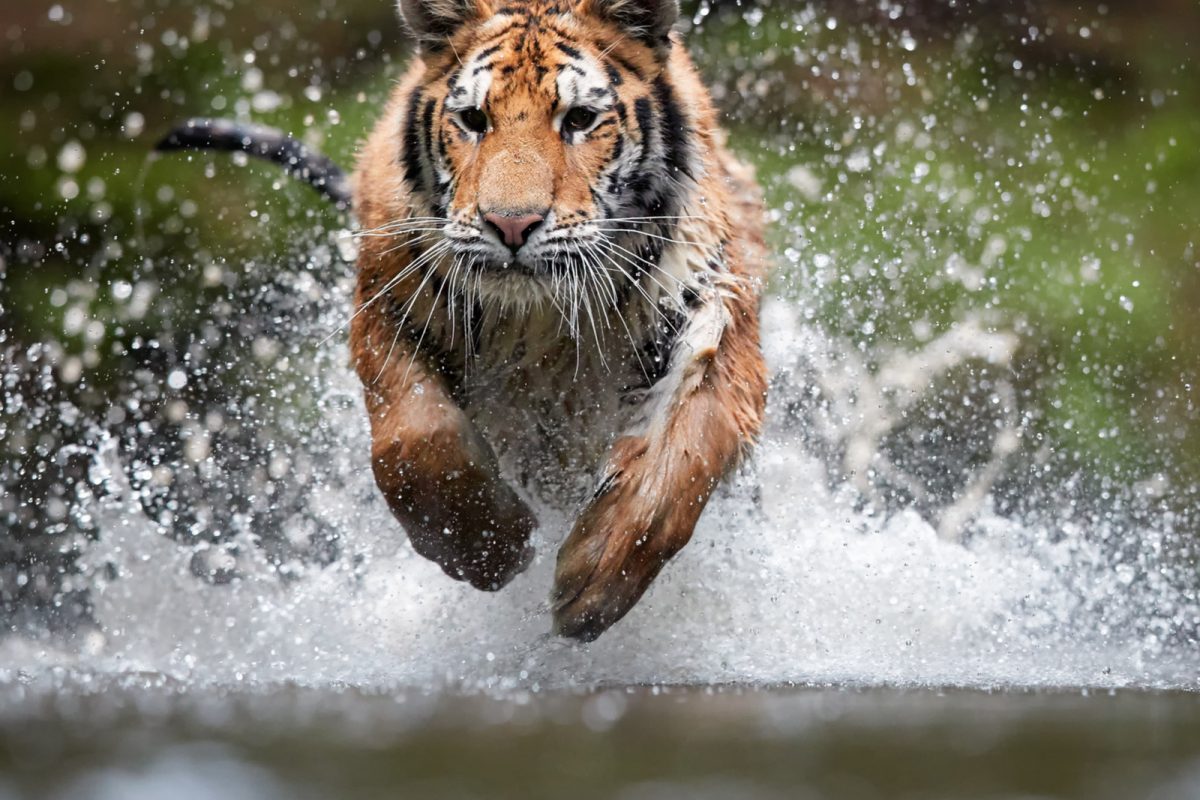 The World Wildlife Fund (WWF) has announced that the wild tiger population worldwide has recovered, and there are now 3890 tigers on Earth. Out of the 3890, almost 3000 live in the 51 tiger reserves of India. The latest Tiger Census of 2018-2019 conducted in India shows that more than 70% of the world’s tiger population lives in India.

Our country achieved this great feat by starting a mission called Project Tiger. It was launched on 1st April 1973 by the government of India. A new law was passed that stated the killing and capturing of wild animals as illegal.

The project is dedicated to the conservation of our national animal – the Bengal Tiger. The population of this beautiful species that was once as few as 268 has grown tremendously. The NTCA (National Tiger Conservation Authority) has worked hard for this result.

How did we achieve this?

2. Relocating villagers out of tiger reserves – The people living around India’s tiger-occupied forests also depend heavily on forest produce to supplement their income. WCT (Wildlife Conservation Trust) educated young people and provided them with jobs, hence reducing their need to take from forests which helped wilderness thrive. Another reason to relocate villagers was that tigers would sometimes attack the villagers’ livestock. The tigers did not attack humans, but villagers would kill the tigers to stop them from eating their cattle and pigs. The NTCA had to educate and relocate the villagers to places outside the tiger reserves.

3. Creating awareness among people – The massive ‘Save the Tiger’ campaign that was established in India created awareness among people about saving tigers. Tigers play a vital role in the Indian forests’ food chain. Tigers eat deer and deer eat grass. Tigers are the only predator at the top of the food chain. If they were to go extinct, deer wouldn’t be eaten by tigers and would increase in number. Since deer would be more in number, they would have to eat more grass. After all, the deer who weren’t being hunted were also in need of grass. With deer eating more, grass would slowly run out. With no grass, the deer would die of hunger. We can see that the tiger population affects all the organisms of the food chain, and no one can survive without them.

After the hard work, it is time for the data population census. Forest officials and scientists trek through half a million sq. kilometers of grim landscapes to collect data. They find tiger droppings, pug marks, and scratches on trees. The droppings are sent to a lab for DNA testing, and the pug marks and scrapes are consistently recorded. Once a tiger is identified by specialists it can be added to the population list. This arduous process takes place once in every 4 years.

Hopefully, through hard work and diligence, we can make up for the 80,000+ tigers that were hunted before the project. Hunting was a sport for kings and officials. They killed tigers using guns, spears, nets, traps, and even poison. It was pure cruelty. The species wasn’t considered a beautiful animal that ought to live in the wild but a trophy to be displayed as decoration. Today, despite the growth rate, the species is classified as endangered on the Red List of Threatened Species created by the IUCN (International Union for Conservation of Nature).

The Red List is a chart that can classify animals into 7 different groups. Namely-

2) Near Threatened – A near-threatened species is one that may be considered threatened soon usually indicated by their reducing numbers. Eg. Zebra.

3) Vulnerable – A vulnerable species is one that can become endangered soon if we don’t stop poaching them or improving their reproduction cycle or habitat. Eg. Snares Penguins.

4) Endangered – A species is classified as endangered if it has a high risk of extinction. Eg. Tigers

5) Critically Endangered – Species that have a severe possibility of extinction in the wild. Eg. Black Rhinoceros

Our work on the conservation of tigers is remarkable, but we must not forget that there is a long way to go. It is vital to remember that there are only 3890 tigers in the world. They are still an endangered species. If we want to save our beautiful national animal, we need to work harder, faster!