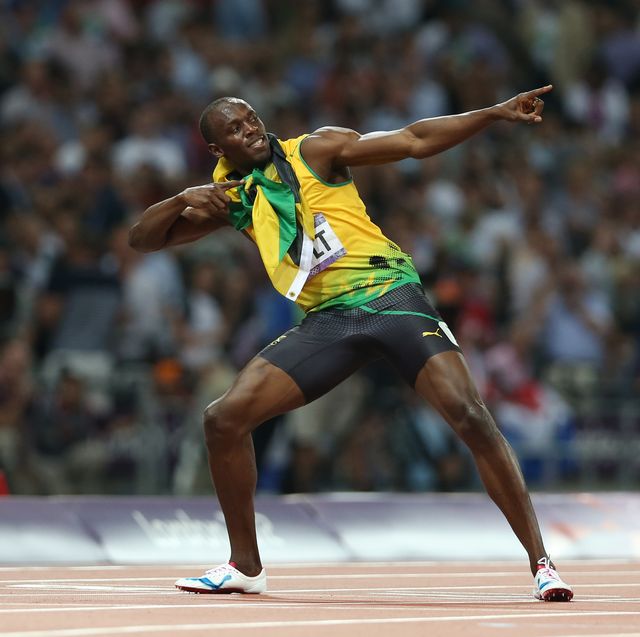 One of the most successful and well-known, retired Jamaican sprinter, Usain St. Leo Bolt, commonly known as Usain Bolt is the world record holder in the 100 meters, 200 meters and 400 meters relay.

This common man who was born and raised in a very poor family going struggling and facing obstacles. Becoming a successful person was not an easy task for him. As they say “Behind every successful man there is a lot of unsuccessful years” and Usain Bolt too had to face lots of obstacles to reach where he is now. In his childhood at his primary school, he astonished many of his teachers and friends showing his running skills. At the age of 12, he became the fastest runner in the 100 meters race in his school. At the age of 15, he took part in the Caribbean Regional Competition representing his country Jamaica in which he won the silver medal in 200 and 400 meters in 2001. In World Junior Championship 2002, he won a gold medal despite facing a critical knee injury.

In May 2004, he failed to win any medal in the Olympics because of his knee injury but he was desperate to win. He didn’t give up, and after getting treated he started practicing with determination and consistency for the next Olympics. In the 2008 Olympics with lots of effort and blood and sweat, he won gold medals in 100 meters, 200 meters as well as in 400 meters relay race which made the World Record. No one in athletics had won 3 gold medals at one Olympic game at that time.

His success surprised the world and made scientists curious to know the reason behind his speed. They said that Usain Bolt picks up speed a few seconds after the race begins while other athletes speed up from the start. Despite this, his muscle fibers are so powerful that he is able to make up for that loss and is the perfect sprinter.

He has become one of the most successful inspirations and motivations in today’s world, for all the youngsters and also for those who are pursuing their dreams. His story tells us there are times where we have to face critical obstacles without fear; having determination, consistency and a never giving up attitude in order to taste the fruit of success.