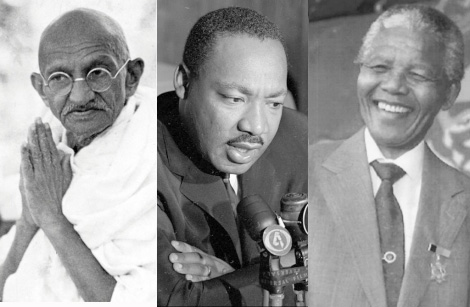 The English Dictionary defines freedom as “the state of not being imprisoned or enslaved” or “the power or right to act, speak or think as one wants.” I believe that this definition is accurate only in the context of civil liberties as a citizen. Have you ever thought about what freedom means to you as an individual? Let’s put aside all the civil liberties that people refer to when talking about freedom. So here’s the question – what does freedom mean to each of us as individuals without considering extraneous factors?

As individuals, we are bound by a number of constraints within our mind, that prevent us from realizing our full potential. Fear, jealousy, anger, depression, greed, pride, anxiety, regret, sense of inferiority and other negative emotions hold us captive from within and also enable external forces to constrain us. Leaders like Mahatma Gandhi, Nelson Mandela and  Martin Luther King Jr. who paved the way for civil liberties had first overcome the internal negative emotions that would have constrained them from within.  Mahatma Gandhi overcame the basic human tendency of retaliating to atrocities with violence and taught all of us to always follow the path of peace and non-violence. Similarly, Nelson Mandela, inspired by Gandhi,  was magnanimous in forgiving the authorities who imprisoned him. Martin Luther King Jr overcame any sense of inferiority as a  black man and dared to “have a dream.”

Inspired by these leaders, what freedom really means to me is the ability to recognise those captivating negative emotions from within and overcome them. There are many ways to overcome such emotions.  Some people prefer meditation as a path to mindfulness and self-recognition, while others go on a journey of acquiring true knowledge through reading, travelling and pursuing their dreams. Swami Vivekananda achieved enlightenment through meditation and emphasized religious freedom by considering all human-beings as “brothers and sisters”. Barack Obama defied all racial constraints and became the first black President of the United States by excellence in education.

I would like to achieve freedom from within by emulating such leaders and pursuing self-recognition, self- respect and true knowledge. With self-recognition, I can inspire others around me to “free” themselves from external intimidations. By enhancing self-respect, I can show others the path to mutual respect. With true knowledge, we can all overcome any prejudices based on race, gender, economic situation and age.

Before initiating a mass revolution for achieving freedom, the need of the hour is to inspire the masses towards a journey of self-enlightenment that will naturally lead to freedom in civil life. Thus, we can create a world of enduring freedom.