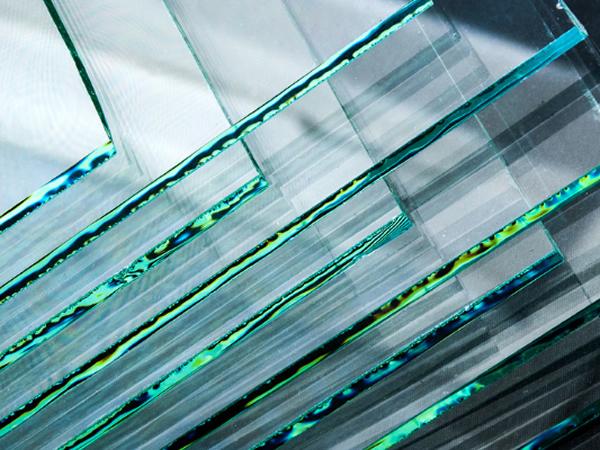 Glass. We see it all around us, in our everyday lives, and it plays a significant role in everyday objects. Buildings have glass windows, spectacles have glass lenses and even the device you are using to read this article has a glass screen. But have you thought about why glass is the way it is? What makes it glass transparent, but other materials not so much? Let us find out.

Let’s start with the origin and how glass is made. Glass is made from quartz, which is a chemical compound made from one part silicon and two parts oxygen (SiO2). Quartz can be extracted from the earth’s crust. It is most commonly found in sand. Now quartz is a solid and hard crystalline structure at room temperature. The silicon and oxygen atoms are connected by covalent bonds (bonds between two non-metal atoms) in a gigantic tetrahedral structure – which is why it is called a macromolecule. When light hits a quartz crystal, it is dispersed in different directions.

To prepare glass, quartz is melted at extremely high temperatures near 1700˚C. The energy from the heat supplied during melting breaks the bonds holding these atoms in their regular and solid crystalline structure, making the atoms free to move in a close range, in a liquid state (the same way ice is melted into water). The melted quartz is then cooled to form glass.

But here is the funny thing about molten quartz – it does not come back to its crystalline solid form on cooling, the way water would return to ice if it was cooled. This is because quartz, when cooled, becomes a solid with the chaotic properties of a liquid. It does not return to its original crystal lattice form. This is what we call an amorphous solid. This property is what makes glass look uniform too.

All right, so now that you know about how glass is made and its amorphous properties, let’s look at the real reason why glass is transparent.

An atom of any element or material, the subatomic particles only take up a tiny space, leaving the rest of the atom empty. So you would think, that since atoms are made of 99.999% empty space then why can’t light just pass through those spaces. Then all objects around you would be transparent right? So why are there still some opaque and translucent objects?

Electrons also have the power, to jump from their own energy level to other energy levels. This ‘jump’ is known as the excitation of an electron to a higher energy state from its ground state (its original energy level). Electrons can perform this jump when supplied with the required energy, and the amount of total energy required for this to happen is known as the ‘energy gap’. The higher the energy gap, the more energy required to ‘excite’ the electron and vice versa.

Now, light is made of subatomic particles called photons, which happen to also carry energy. The light, when shone at any object, has two choices – either give its energy to the electron for jumping or be allowed to pass through, but there will be no excitation of electrons. The deciding factor between these two choices solely depends on the energy gap. Energy can only be given to these electrons in discrete packets. So the photon either has enough energy to give, or it does not give any energy at all. The electron cannot exist in between energy levels. So it either remains in its ground state or excited state, with no in-between.

In non-transparent objects, when light passes through these atoms, the photons can give energy to the atom’s electrons to make them jump to higher energy levels. This is possible because the energy gap in opaque objects is low, so these photons have enough energy to give to the electrons for their jump.

But, if the photon gives away its energy in helping these electrons, it gets absorbed into the material. So light can’t pass through the material altogether, making it opaque. In short, opaque materials pick the first of the two choices.

Transparent materials (i.e. glass), on the other hand, have a higher energy gap. This means that the electron needs a lot more energy to jump to a higher level, more energy than the photons in light can provide. The photons here have energy, but just not enough to help the electrons to jump to their excited state. Remember what I told you about the electron not being able to exist in-between ground and excited state with just the partial amount of energy that this photon was able to give. So the electron simply doesn’t take any of the photon’s energy and lets it pass through the atom. The photon, hence, does not get absorbed and light gets passed through!

So there you have it, the true reason as to why glass is transparent, and other objects are not! Keep questioning the things around you. Like Albert Einstein once said – “ When you stop learning, you start dying”